A German backlash against the commercialisation of football is a cautionary tale for brands.

It may have been forced to stop using the slogan "gives you wings" after a lawsuit in 2014 but, over the past 15 years, Red Bull has built an unparalleled record of giving wings, wheels, skates and football boots to sports teams and athletes around the world.

Its football clubs include the New York Red Bulls, Red Bull Brasil and Red Bull Salzburg in the energy drink’s homeland of Austria. But the most fraught by far has been its German project, RB Leipzig (the RB is officially short for RasenBallsport, which translates as "lawn ball sport", due to national rules prohibiting the use of the sponsor in a club’s name).

Since it was launched in 2009, RB Leipzig have been promoted four times and are now second in the Bundesliga, just five points behind reigning champions Bayern Munich. But the price for this success has been a furious backlash from rival supporters. This came to a head in Dortmund last month, when Leipzig’s players were pelted with bottles and stones by fans of the home side. 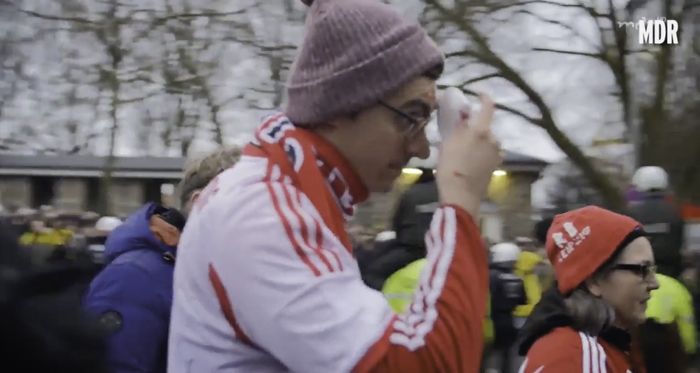 Journalist Uli Hesse, who has written several books on German football, says the animosity towards the club was apparent from its first-ever match. He claims this stems from the way Red Bull sidestepped rules designed to ensure German clubs were under the control of fans – a move seen as a threat to the country’s distinctive football culture. Supporters fear "losing one of the things a lot of other countries admire us for," Hesse says. The negativity is specific to football, he adds, pointing out the lack of hostility towards the brand’s German ice-hockey side, Red Bull München. But, regardless of the cultural intricacies, Red Bull has found itself cast in the role of villain – so has the whole project been a mistake?

Red Bull’s error was assuming an approach that had worked for it before would continue to do so, regardless of context, Rupert Pratt, director of Mongoose Sports & Entertainment, says. "Where this has come unstuck is they’ve not tried it in a mature football market," he explains. The issues underpinning the backlash – the heavy branding, lack of heritage and ownership model – are so fundamental, Pratt believes, that Red Bull will be hard-pushed to ever take control of the story: "The only way they’re going to get around it is to dilute their ownership and dilute the brand involvement."

But Red Bull will have been prepared for a rocky ride, Jim Prior, chief executive of The Partners and Lambie-Nairn, thinks. "We have to bear in mind that Red Bull as a brand has a long history of associating itself with some pretty risky endeavours," he points out, suggesting that Felix Baumgartner’s jump from the stratosphere, in which the skydiver faced a real prospect of death, could have done much more harm to the brand.

"Definitely there are negative consequences" for Red Bull, Prior says, "but whether they outweigh the longer-term goals and positives is the big question. The critical question is whether it’s good for the sport. If it is, then it’s a good thing."

Prior, Pratt and Hesse agree that Leipzig’s investment in developing young players, which could eventually benefit the German national side, is one route to improving attitudes towards the club.

This, of course, is not the first time that football has clashed with commercial interests – in fact, this is arguably the dominant narrative of the sport since money started to flood in during the 1990s. Prior believes the Leipzig story is symptomatic of the struggle for the soul of football between hardcore fans on the terraces, for whom the sport is a "simple and tribal experience", and the much larger, more casual audiences who watch on TV and see it as an entertainment product. The upstarts of Leipzig are simply providing a convenient focus for hostility from the traditionalists. "At the end of the day, this has nothing to do with Red Bull," Prior says.

Hesse, who is a Borussia Dortmund season-ticket holder but did not attend the recent game, agrees that most German football fans have no issue with Leipzig and in fact welcome the increased competition in a league that has been dominated for years by Bayern Munich.

To understand the recent violence, he adds, it’s also important to consider that Dortmund is one of many top European clubs putting increasing emphasis on growing their brand in new territories where there is huge commercial potential. "Quite a few Dortmund fans are frustrated with the way their club is headed and there is a growing concern that the club is moving away from its roots," Hesse says.

This is the same story of rapid globalisation, and the resistance to it, that dictated the shape of politics in the UK and the US last year and looks set to dominate Europe in 2017. And, for better or worse, Red Bull has plonked itself bang in the middle of the battlefield.

When football falls out with branding

Read more about sports marketing in 2017 and beyond.

Waitrose bans sale of energy drinks to under 16s

Brands are sitting up and taking notice of the esports phenomenon

What marketers can learn from participation brands

Red Bull was most shared video brand of 2016

Campaign's guide to Sports Marketing in 2017 and beyond