After calling on social media users to remove Donald Trump from their Twitter feeds with The Great Unfollow, Creature has taken on one of the most potent symbols of the outgoing US president – the red “Make America Great Again” baseball caps beloved of Trump’s supporters.

A similar cap sporting the words “Make Twitter great again” is one of the options on sale at a merchandise store that has launched to promote The Great Unfollow – which aims to dilute Trump’s influence on the news cycle by encouraging users to unfollow him – and raise funds for refugee charity Choose Love. 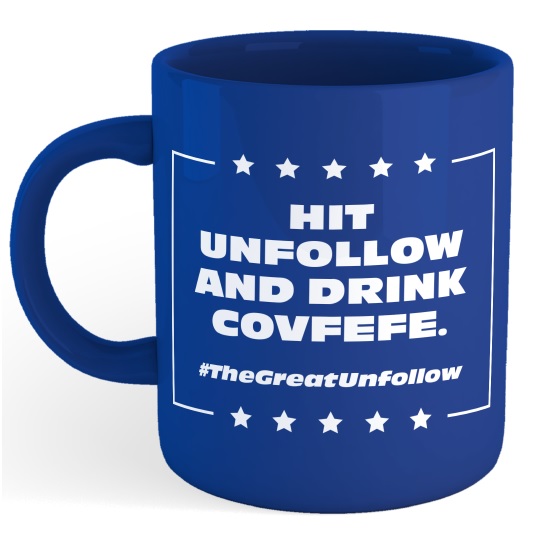 The cap is currently available alongside a hoodie and sweater each featuring the hashtag #TheGreatUnfollow. Creature is also planning to add t-shirts and a mug with the words “Hit unfollow and drink covfefe” – a reference to a notorious typo in a late-night tweet from Trump in 2017.

Earlier this month, Creature and Choose Love ran a series of out-of-home executions at sites across the capital provided by London Lites. They were created by Elisa Czerwenka, Ellie Daghlian and Megan Egan. 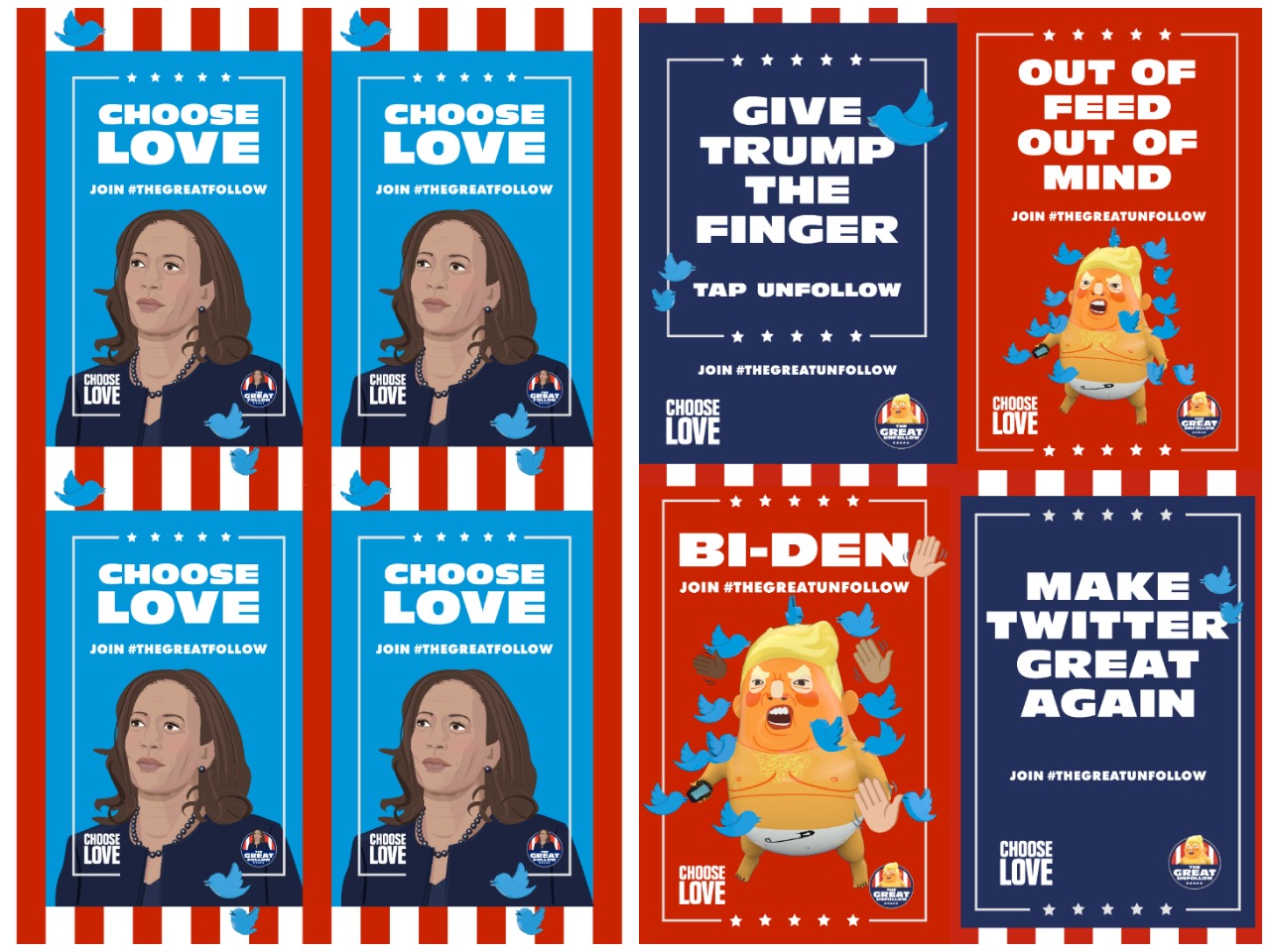 Alongside The Great Unfollow, the agency has created a companion site, The Great Follow, encouraging Twitter users to follow vice-president-elect Kamala Harris, who will make history as the first woman, first black and mixed race woman and first person of Asian descent to become either US president or vice-president.

The US electoral college last week confirmed Joe Biden as the winner of November’s election, and the outcome has now been acnowledged by the Senate majority leader Mitch McConnell, the most powerful member of Trump’s Republican party in Congress. But Trump has continued to refuse to accept the result, which will see him leave the White House on 20 January.

Despite continued behaviour that many have suggested would justify a ban from Twitter, Trump’s account has remained online, with Twitter arguing that his position means there is a public interest in allowing him to tweet. This argument will no longer apply once he leaves office, and Twitter confirmed earlier this month he could finally be thrown off the platform.

5 ads that won it for Joe Biden

Hotels.com invites Americans to escape election by living under a rock