Chris Clarke asked three years ago if the web was making everything shit. For many, recent months have provided a resounding answer. Now, he says, it's time to fight back.

Three years ago, I wrote an article for Marketing provocatively titled "Is the internet making everything shit?". It was deliberately narky because I felt too many of my colleagues were cheerleaders for technology and too few were paying attention to the dark side of what we’d all been building. I was also sending up linkbait headlines. It had become clear to me that many people were being left behind as technology, intoxicated by its own potential, began to govern the lives of everyone, not just those who bought the devices and sold the services made possible by the event horizon of Moore’s law.

The conclusion then was that, despite the benefits of our connected world, digital ad models were putting downward pressure on quality and that power was in the hands of a tiny number of people whose world view made it impossible for them to spot the unintended consequences of disruption.

Since then, it has all kicked off. We live, as Thomas Friedman says, in a world of acceleration. Our values, laws, political systems and fallible human minds have no hope of keeping up with exponential change.

Better commentators than this one have laid all this out for you already. So I only need to remind you that in the year 2000 the world’s biggest supercomputer was called Red. It was the size of an ad agency and it cost billions of dollars. By 2006, the same processing power was available in a PlayStation 3 for £200. The world is getting faster and faster and, as network effects take hold, the hive mind of humanity is producing a world too complex for any one of us to fully understand.

Now in 2017, we live in a world where new technology and globalisation have lifted millions out of poverty, but that net win for humanity has come at the cost of expected continuous progress for the working and middle classes of the US, the UK and Europe.

As Yuval Noah Harari put it in Homo Deus: A Brief History of Tomorrow: "A person who has lost his job at a Rust Belt factory takes little comfort in the knowledge that he hasn’t died from starvation, cholera or the Third World War."

Some very dark forces at play 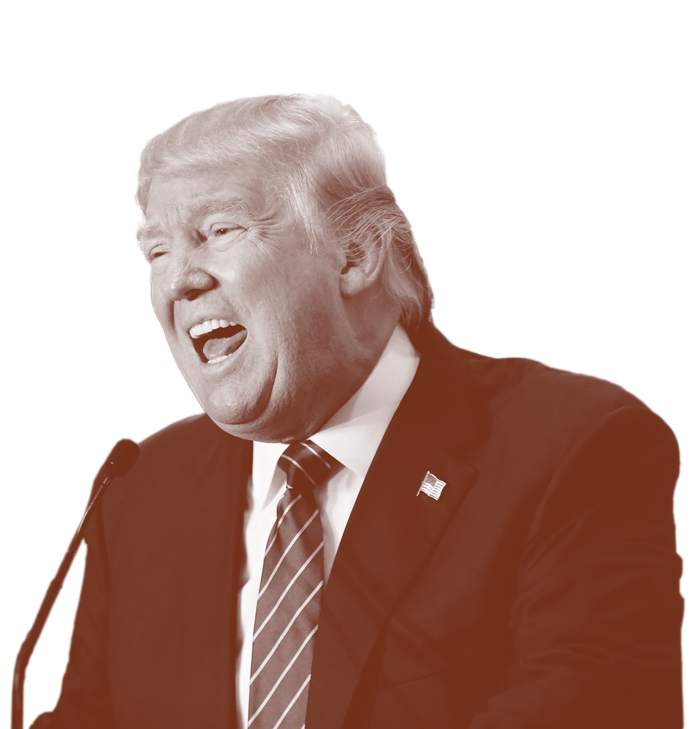 The benefits of globalisation have been at a species level and the levelling of this new globalised playing field feels really shit if you’ve been left behind. And even those of us who’ve been apparently at the bleeding edge of this madness have been taken by surprise as the new world order we dreamed of has apparently ambushed us and made everything a little choppy.

All this, of course, is what’s fuelling the new crypto-fascist populism of Donald Trump. It’s also a key contributor to Brexit. Some very dark forces at play in the world are using the confusion of our accelerating world to gain power by making false claims.

So has the internet made everything shit, then? Well, data company Cambridge Analytica has built a data model off the back of free personality tests on Facebook and will provide that data to politicians with a penchant for right-wing causes.

This conversion of light-hearted fun into a powerful political tool is perhaps the best example of how tech platforms can be manipulated. And it seems fair to say that, through these content-
agnostic, algorithmically driven mega-companies, one of the most effective ways of manipulating opinion and bending truth to breaking point in the history of humanity has emerged. Given that the digital world goes round off the back of ad dollars, it seems that we ought to pay attention at this point. 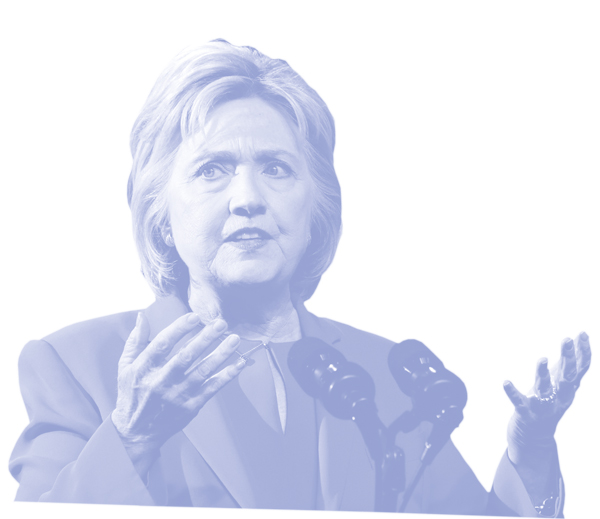 Historically, of course, advertising agencies have been "morally neutral". Like the hooker from central casting, we were "whatever you want us to be, baby". And our clients were keen for us to help them gain the broadest possible appeal. This certainly made business sense in the era of mass communications, when everyone saw the same shows, read the same papers and, of course, got exposed to the same ads.

That’s gone now. 2016 was the year that people began to realise they’re in a filter bubble. Digital algorithms choose our content for us and huge earth-shaking events such as Brexit and Trump’s election victory were able to take millions of people by surprise because the buildup was happening in someone else’s bubble.

This is one of the areas where the internet really has made everything a bit shit. When you spend your life in a filter bubble, where most of the content you get is designed to make you feel good and to "like" it, you lose empathy and critical faculties. Alongside the impossible speed of change, many people’s brains have shut down, leading them to become like selfish toddlers; pure suspicious id.

This is how modern fascism has surprised us and it could not have happened without the unintended consequences of our networked world.

Carl Sagan, in this excerpt from 1995, forecast this moment with terrifying foresight: "Science is more than a body of knowledge; it is a way of thinking. I have a foreboding of an America in my children’s or grandchildren’s time – when the US is a service and information economy; when nearly all the key manufacturing industries have slipped away to other countries; when awesome technological powers are in the hands of a very few, and no-one representing the public interest can even grasp the issues; when the people have lost the ability to set their own agendas or knowledgeably question those in authority; when, clutching our crystals and nervously consulting our horoscopes, our critical faculties in decline, unable to distinguish between what feels good and what’s true, we slide, almost without noticing, back into superstition and darkness."

Stand up and be counted

This awful prescience might lead us to despair. But it needn’t. In 2017, more of us than ever before have been shocked out of complacency. WB Yeats wrote in The Second Coming: "The best lack all conviction, while the worst are full of passionate intensity." That has always felt depressingly true, but there are signs that it’s changing.

Facebook, long resistant to the idea that it is a media company, has pledged to tackle fake news. Movements such as Stop Funding Hate have had success in getting brands to pull advertising from the Daily Mail, a newspaper that continues to grow by appealing to the nastier side of ordinary people. If more brands follow Lego’s lead, it will become harder for hatred and indifference to spread like a cancer through society. I would hope this year, as more people wake up to what’s happening, advertisers will recognise the huge responsibility that rests with their budgets. What brand wants to be associated with newspapers accused by the Council of Europe of hate speech, as the Mail and The Sun were? 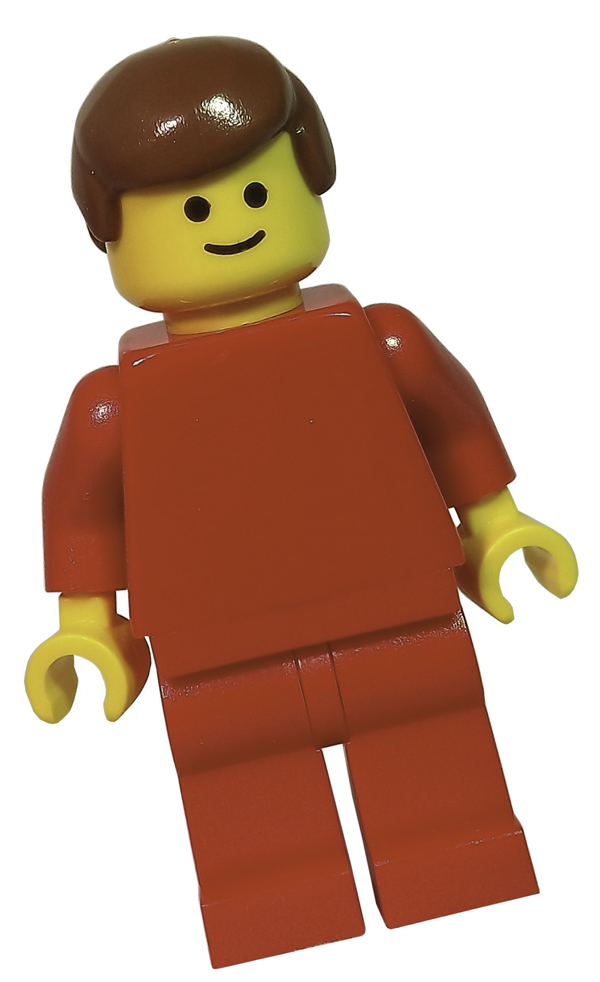 It seems the moral compass and brand values of many of our most-loved big brands are dramatically at odds with the tone of some of the biggest media owners. At least in print, they know where their ads are going and there are signs they are prepared to act. Those brands that take the lead will in the long run reap the rewards.

In the heat of Trump’s egregious travel ban, Uber found itself on the wrong side of history, losing 200,000 subscribers as Airbnb took the moral high ground by offering to house stranded refugees. In a quick volte-face, Uber boss Travis Kalanick has pulled out of Trump’s business committee, after realising it’s bad for business, and Starbucks has promised to hire 10,000 immigrants. Now, within a few weeks of Trump’s executive order, tech companies have formed an alliance against the Republicans, pointing out that the US innovation economy is powered by immigration.

It seems that, all of a sudden, brands are prepared to stand up and be counted. The best have found conviction and seem prepared to sacrifice those customers whose values don’t align with the business.

The time is now to work towards a reconfiguration of the web. This is not impossible. Most of what we are experiencing has come into existence since 2007. Brands can ask questions of how their money is spent. Towards the end of last year, led by our client Kellogg, companies pulled ads from Breitbart, signalling a more thoughtful approach to online advertising. 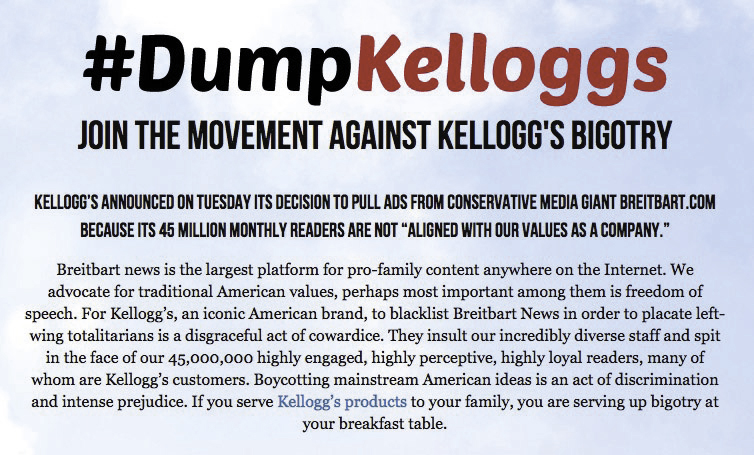 In a barnstorming speech last month, Randall Rothenberg (pictured, top), chief executive of the Interactive Advertising Bureau, said: "There is no such thing as a neutral technology. Everything has consequences."

This is the kind of leadership our industry needs. It is our brands’ money that pays for Facebook and Google, so it’s in their gift to push for changes. As Rothenberg put it: "The line of code written by a junior programmer in a mobile advertising start-up in Cupertino is determining the length of future novels, the attention span of future consumers and the cultural heritage of a generation of kids coming of age in a village in rural India." 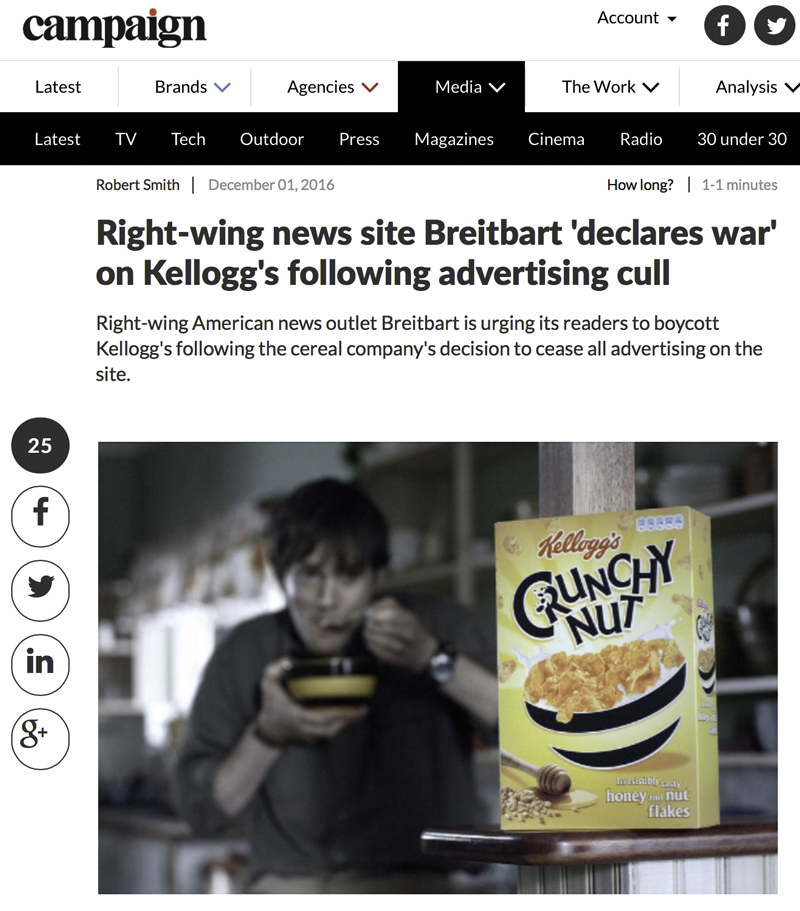 Up until this point, the web has grown without enough serious questions being asked of its motives, without anyone fully examining the unintended consequences of replacing rigorously researched news with the short-term dopamine reward of whatever story, real or fake, makes the reader feel good and keep coming back.

In this age of incredible, bewildering change, it’s right for brands to interrogate their role in the development of the internet, the platforms that define it and the society that produces. The answer is not to switch off and walk away but to embrace these technologies, seek to understand them and configure your organisation’s use of all this wonder into something that benefits not just the bottom line but the world that is increasingly shaped by the money your company spends.

Tony Blair said in 2015 that British politics is won from the centre ground. This is no longer true. Driven in no small part by social media, we have retreated to our corners. In Yeats’ words: "The centre cannot hold." Brands are beginning to realise that they may have to polarise if they want to escape with their soul. Some brands would profit from helping the best from both sides of our divided societies to gain the conviction that we’re stronger together. Incredible opportunity lies ahead for companies with the ability to help people thrive among all this mayhem.

Chris Clarke is the chief creative officer, international, at DigitasLBi

Can brands be the moral guardians of the internet?

How to spend less time online and benefit more

'People can hear the truth', says Matthew Freud as he takes a swipe at Uber

Google's Matt Brittin on tax, Brexit and the future of the internet

Is ad-blocking a declining problem for mobile marketers?

How to improve the retained agency model

How humanity and creativity can overcome ad-blockers