Chris Bovill and John Allison reveal how they brought the broadcaster's bold new look to life.

Yikes
David Abraham (Channel 4’s chief executive) and Dan Brooke (the chief marketing and communications officer) interview us for heads of 4Creative. Meeting going well until they sucker-punch us: "How would you rebrand Channel 4?" We shuffle awkwardly in our seats. Might have bitten off a big one here.

Build-up
Start at 4Creative. The place is packed with very clever people. We need to up our game – a lot. The department gets busy honing rebrand skills – E4, Film4 and All 4 get refreshed. Channel 4 is the final piece of the rebrand puzzle.

Pressure
How do you reinvent a multi-award-winning, nationally loved, decade-long-established brand identity? John’s dad describes the previous work as "gimmicky". It’s the first time we’ve heard a bad word said about it. It bolsters us. You can’t move forward if in awe of the past. Fuck it. 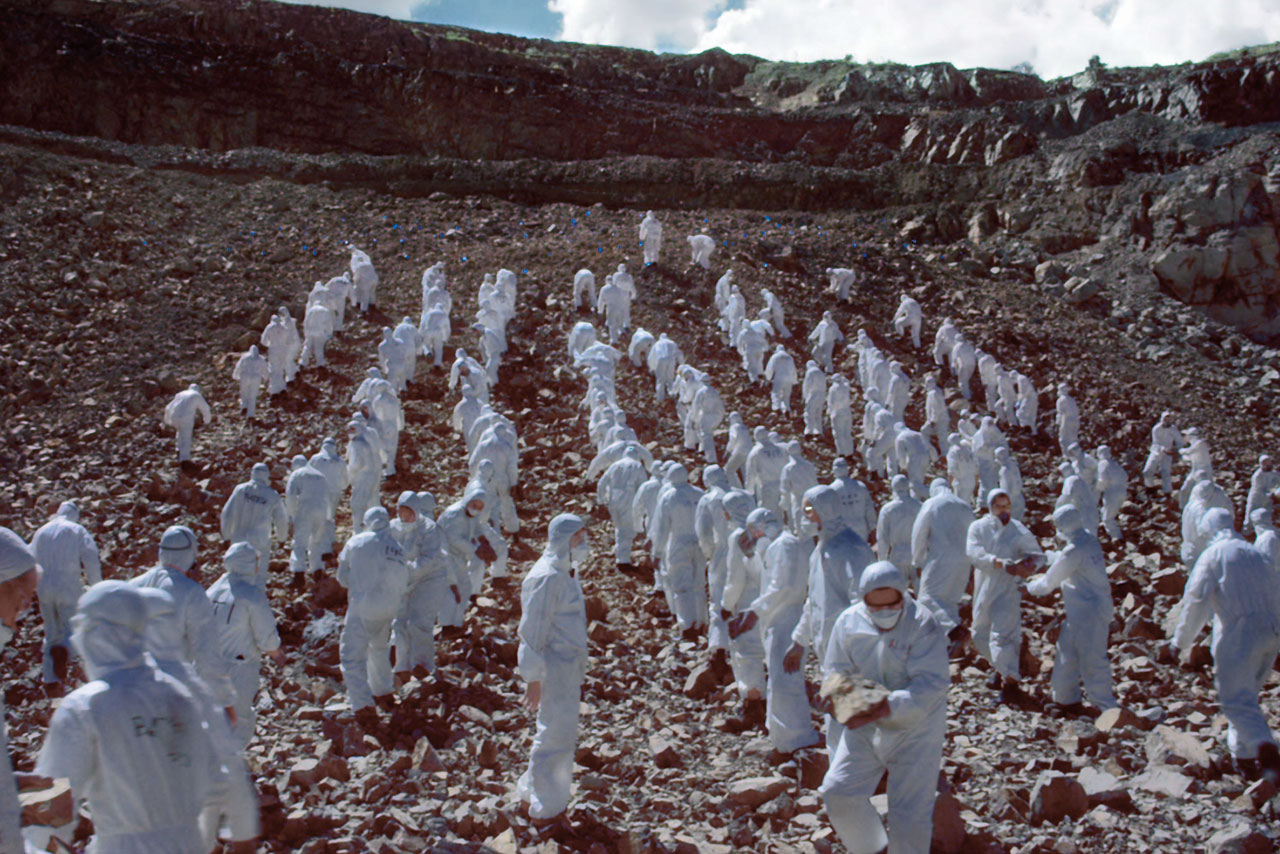 Preparation
Launch "Born Risky", Channel 4’s brand campaign.  Channel 4 has a parliament-set remit to be original, alternative, innovative and challenging. "Born Risky" sets out to demonstrate this – people with communication difficulties read Channel 4’s continuity messages, "Gay Mountain" sang good luck to everyone "out" in Sochi and the amputee singer Viktoria Modesta was launched in the X Factor final. The rebrand has to be "show, don’t tell". It has to be risky.

Click!
Strategy, briefings, a reboot, a redux and a handful of creative meltdowns later, and the answer strikes. Grant Gilbert and Steve Qua from DBLG broke the iconic Lambie-Nairn logo into nine individual blocks. It’s liberating. The blocks are free to reflect just how diverse and multifaceted Channel 4 is. They’re free to be original, alternative, innovative and challenging. As Churchill said: "It’s the end of the beginning."

Ta-da
We hurl some 3D printed blocks across Dan’s desk, screaming: "THIS IS CHANNEL 4!" He loves it and sends us up to David, who buys it immediately. "Bold and exciting" are his words. The blocks still sit proudly in his office next to his Under The Skin poster. 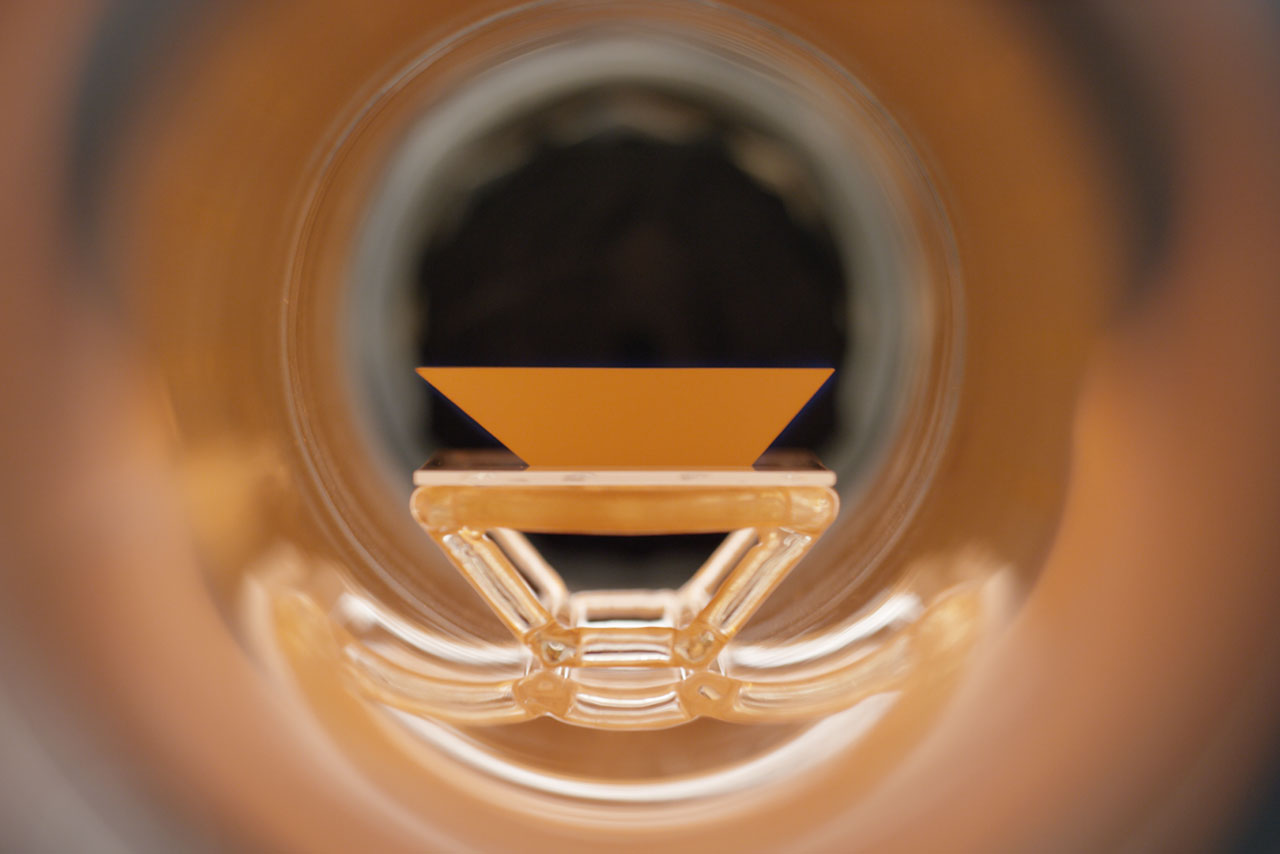 The blocks
Alice Tonge, our creative director, works with Grant and Steve to create the on-air presentation. She’s the magician who brings the blocks to life in opticals, end-frames, stings and menus. Along with our designers Tim Fellowes and Aimi Awang, Alice creates the new art direction and "4" marque for our off-air identity. The only place you see a complete "4" is on posters, as you are away from the channel; otherwise, it’s the blocks playing. Alice and the design legend Neville Brody also cut us a distinctive block-based typeface. The new font is the star of our new off-air look. 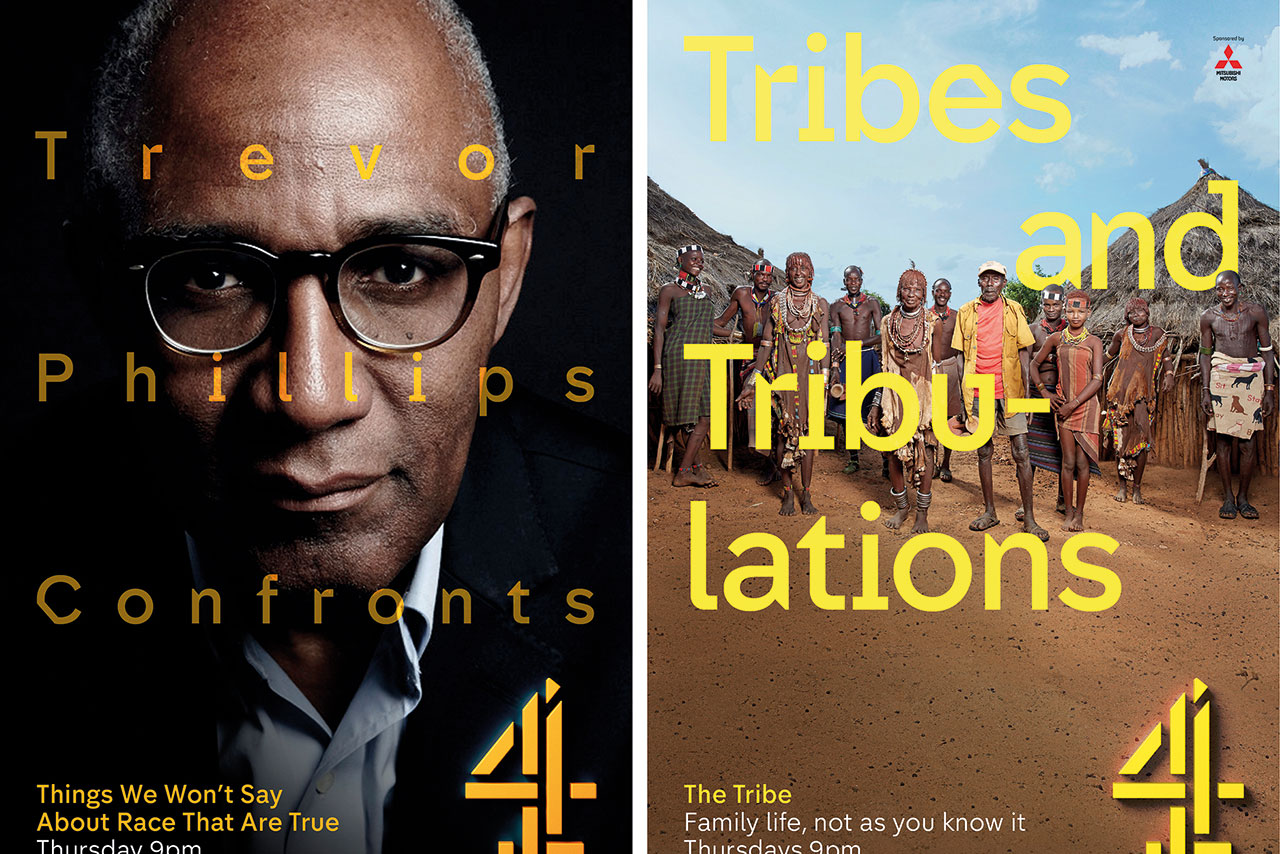 Idents
A lot of thought, a lot of chat and a lot of director meetings later, Jonathan Glazer’s treatment kills it. Over a four-part narrative, the idents introduce the blocks’ origin. They show their incredible impact on the world around them. Their influence over us, how we want to understand them and how we want more of this precious stuff. It’s huge, epic and risky. We’re sold.

Shoot
With Simon Cooper and Bugs Hartley at Academy, we blow up mines, get lowered into an 80-foot cave filled with mysterious animal bones, cast a real-life shaman and alter the molecular structure of a block for real in a nano technology lab in Surrey. 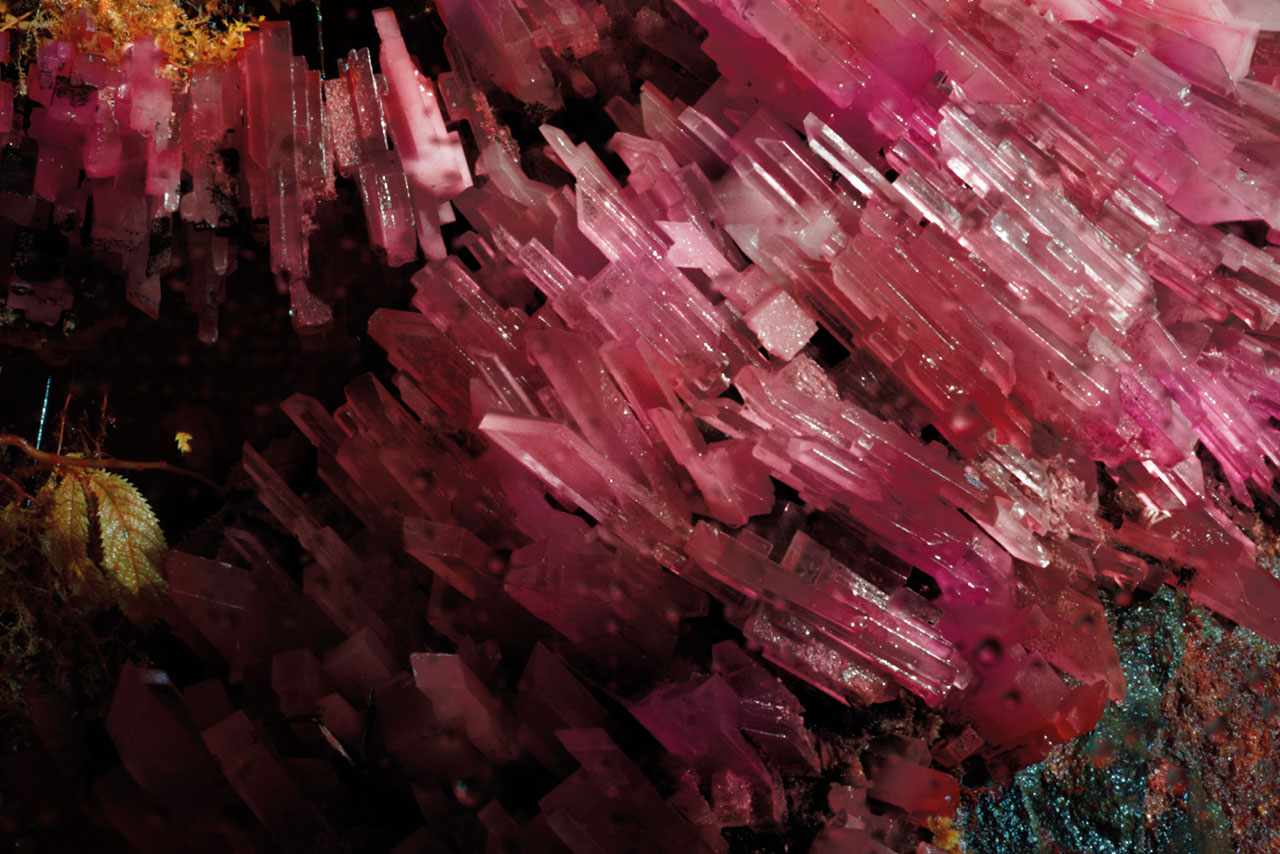 To-do
It’s the Russian doll of rebrands. Everything needs refreshing: Channel 4 News, Channel 4 Racing, Dispatches, Random Acts and an ever-growing list of Channel 4 sub-brands we’d never heard of. Not to mention inside Horseferry Road itself. Thankfully, our shit-hot senior producer Louise Oliver is on it and has the mother of all spreadsheets. It’s gonna be all right.

Collaboration
A monumental team effort. We are very lucky to have such a dedicated and passionate crew. Nearly everyone in the building has been involved. It’s empowering to have the backing of 800 people.

Flash-forward
The great British public is divided and the media is polarised. There is heated debate and the trolls are making W1A jokes. However, hopefully it presents Channel 4 as relevant and progressive. It reminds people who love Channel 4 why they loved it in the first place. As long as it doesn’t go unnoticed.

Chris Bovill and John Allison are the heads of 4Creative 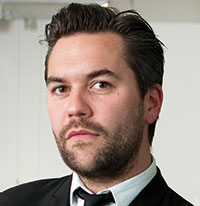 If it opened a hotel, you know what the lobby would look like. If it launched a music-streaming service, you can imagine the logo bouncing on your phone. If it opened a sweet shop, it would scare you shitless.

Channel 4 knows itself. And it knows what we love about it. To put surprise and creativity at the heart of every decision. To dance with the uncomfortable and challenging.

Channel 4 is more than a channel, it is a force in our lives that reminds us we can think and feel and react.

To the readers of this magazine, it is also a force for creativity. For Channel 4 to live and breathe is to know that creativity will win out in the end. And that whenever the mechanics of marketing or a lack of bravery howl from the hilltops, it is to Channel 4 and other heroes we look to rediscover our energy for it all.

The broken font is fantastic, a typographic nod to a knife wound.

The sexy shaman is fucking terrifying. 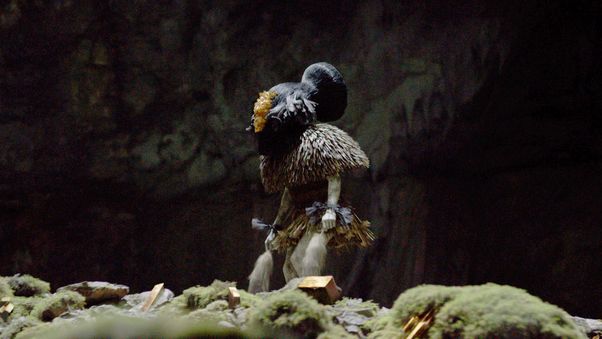 The crafted blocks of the logo sliding around in my screen remind me of the boundaries within which Channel 4 sits.

We could have spent our time decoding the meaning of these films. Or asking why. But we don’t need to. Because it’s just more. More Channel 4. More creativity. More difference.

In a world that often feels like it’s going the other way. 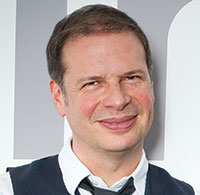 Full disclosure. I believe Jonathan Glazer is, inarguably, a genius. He changed advertising forever when he shot Guinness for us at my old place. He changed cinema as a medium when he shot my friend Walter’s script for Under The Skin (now available to download on all good platforms). He also has the smoothest hair I’ve ever felt on a man or woman.

Even fuller disclosure. My son Teddy – who, if he carries on at his current rate, will be the chief creative officer of Droga5 Worldwide by the end of next month – hero-worships those two boys who run 4Creative.

But. Even if I thought Glazer was a glory-grabbing, conditioner-addicted tosspot and, further, I believed the executive creative directors of 4Creative to be baby-eating monsters…  I would still LOVE the new Channel 4 films.

The human lyrebird spot alone would be enough to cause envy and lust. But the image of a thousand white-clad human bugs searching a freshly demolished mountain for the magic crystals that make up the new, mystic Channel 4 logo is, quite simply, the footage of the year. (Behind Rankin/Campbell’s Coco de Mer, obviously.) Sincere congratulations to everyone involved. A stunning and persuasive campaign. 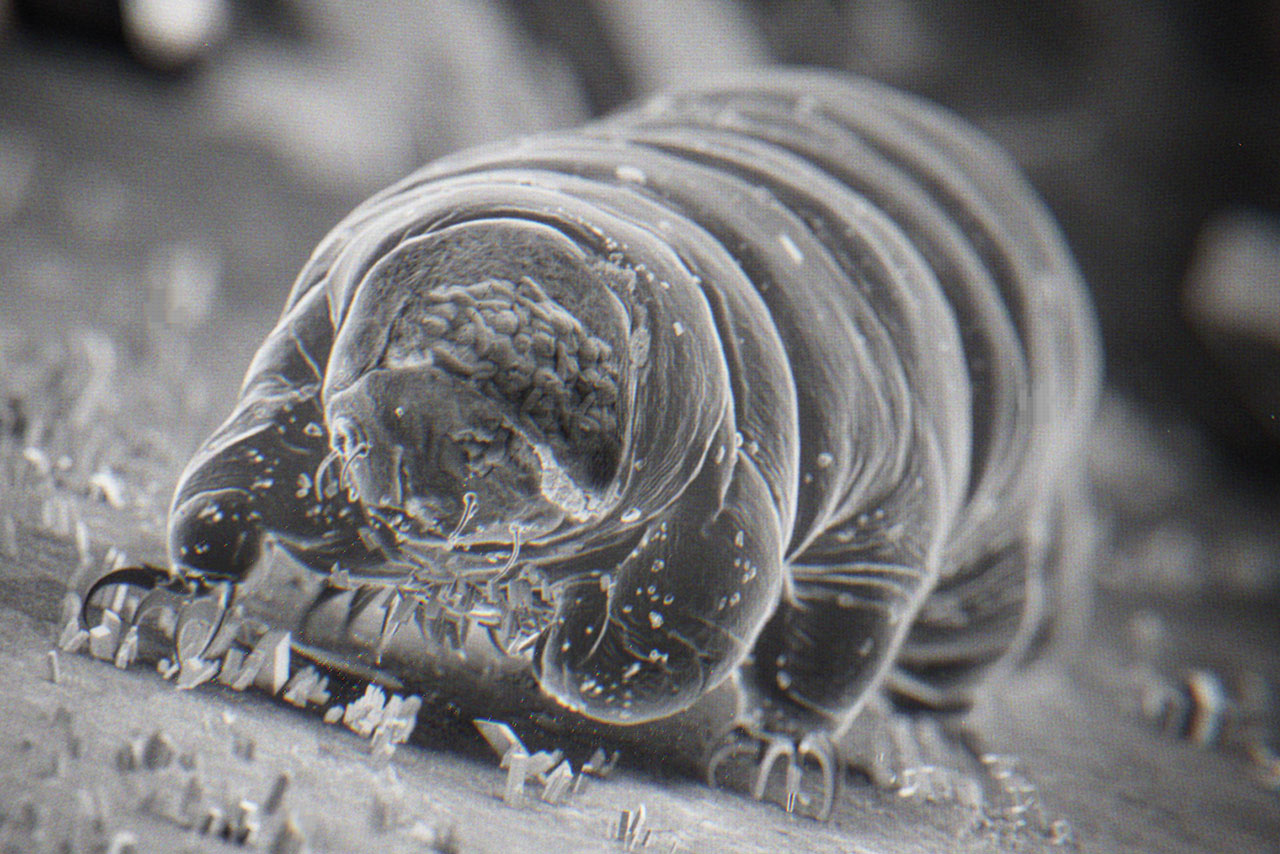 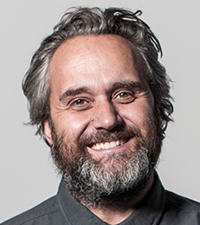 When Channel 4 launched, I was an impressionable an­archic teenager and loved everything about its antiestablishment stance.

I was also lucky enough to work there and helped launch Sex And The City, Queer As Folk and the first Big Brother. It was very exciting to be a part of, as it moved on from its spiky persona and realised the cultural importance of challenging content.

It is one of the most interesting and creative brands in the world because it chal­lenges itself to constantly improve, create change and make mischief. This new identity is a testament to that.

It jolts, and asks lots of questions, but feels like another quantum leap in its life stage. It reflects that the brand has come of age. It feels mature, cryptic, premium, magical and, of course, challenging, but mostly very, very fresh.

I love the way they have referenced the very first launch identity and also its more recent sibling, and then taken it all somewhere new and ex­citing; and the graphic kit of parts that sits around the masthead idents is beautiful.

The first time I saw it, I just had three words. Fuck me! Kubrickesque!

Channel 4 "the future of 4, on demand" by 4Creative