Two key creators on how a thoughtful execution can destigmatize mental illness.

Most people—4 out of 5—have experienced the basic symptom of OCD: intrusive thoughts, those uncontrollable, illogical stray ideas about doing or experiencing a bad thing that are easy to obsess over. But for the 1 in 50 Americans with the condition, like Aaron Harvey, co-founder and ECD at digital agency Ready Set Rocket in New York City, intrusive thoughts become unbearable—so constant and so concerning it’s hard to function. Because OCD is overwhelming and the thoughts are shameful, it can be an isolating experience. Harvey wants to change that.

On Friday, at the end of OCD Awareness Week, which included World Mental Health Day, he and a small team of designers, doctors, and other experts are relaunching IntrusiveThoughts.org, a site that helps OCD sufferers understand their condition and get the help they need. After a year of feedback from users of the original site, which drew visitors from over 200 countries, the team rebuilt it from the ground up to feel more approachable, more contemporary and most importantly, more helpful.

"Phase One was personal for me—I wanted people to experience the realness, rawness and pain that comes with the condition," said Harvey. "Phase Two is about reaching more people by downplaying the fear factor and up-play the intelligence of people who suffer." 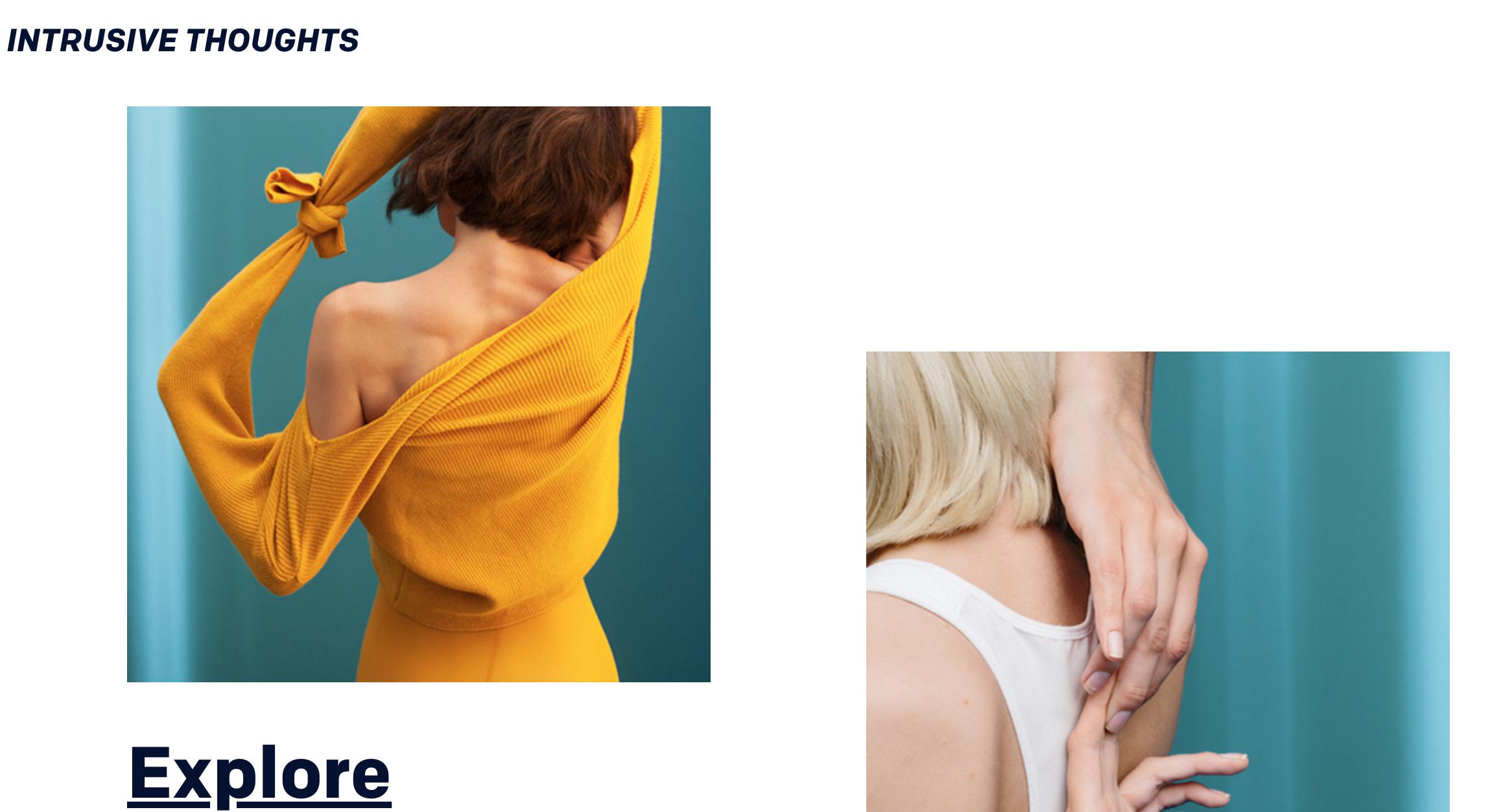 Although this was an independent passion project, its execution was not dissimilar to a client campaign, said Harvey. "It’s taking all the best parts of the client engagement and sticking with them: empowering smart people, having clear roles, and creating autonomy within teamwork. We used the same linear process of, ‘What’s the problem, why are we uniquely positioned to do that, and how do we solve that problem for our audience?’"

For this campaign, the agency was a scrappy team of four, the product was an illness and both the client and consumer were the millions of people who suffer from it. So, the redesign began with consumer and client feedback, from focus groups with site users and input from Harvey himself. The most common complaint they heard was that the old site was, essentially, scary. Undoing that perception became their first task.

The old version had a bold, dark look that some users "found jarring," said lead designer Anastasia Kuznetsova, while the new one is reminiscent of an issue of "Kinfolk," with pops of color against a muted palette, abstract photography and a minimalist design. It looks more editorial than educational, which was the goal. "We wanted to make it feel more modern. [Many] mental health sites can feel very dry, so we wanted [the site] to have a personality," Kuznetsova said, one that reflected the complex experience of living with the condition, "so that a sufferer coming to the website would feel understood on a day-to-day level and feel that they could get help within this resource."

Establishing that trust with users hinged largely on acknowledging that humor and levity are key tactics for handling OCD. "I’ve been affected by OCD since I was a kid, and I always used humor to cope—I’d be the guy who would make an uncomfortable joke about something taboo, and I was only telling people 30 percent of what was in my head," Harvey explained.

As his team did research for the original site and collaborated with psychologists, those experts confirmed that humor is a crucial tool for not just sufferers but their loved ones to "lightheartedly poke fun at this thought, which helps you live alongside it instead of being a slave to it," said Harvey. The new site expands that finding to apply to the entire design, not just content that discusses the value of humor.

The content itself has also been redesigned to provide better, more specific resources to visitors. OCD has many variants, each based on the type of thought: People suffering from Homosexual OCD obsess over their sexuality and how it’s perceived, whereas Contamination OCD, the most common type, paralyzes sufferers with fears about contracting illness from contact with everyday objects like doorknobs.

Those are just two of the 14 types the site covers. In the new version, each has its own page, with resources on how to cope with those specific thoughts, and how the loved ones of a sufferer can better understand the symptoms. "We wanted to provide a lot of information, so that’s where most of our funds concentration fell, on videos and interviews that provide rich resources on a per-symptom level," said Kuznetsova. Harvey pointed out that the site’s videos are much longer than those for a normal brand campaign—an hour instead of a few minutes. 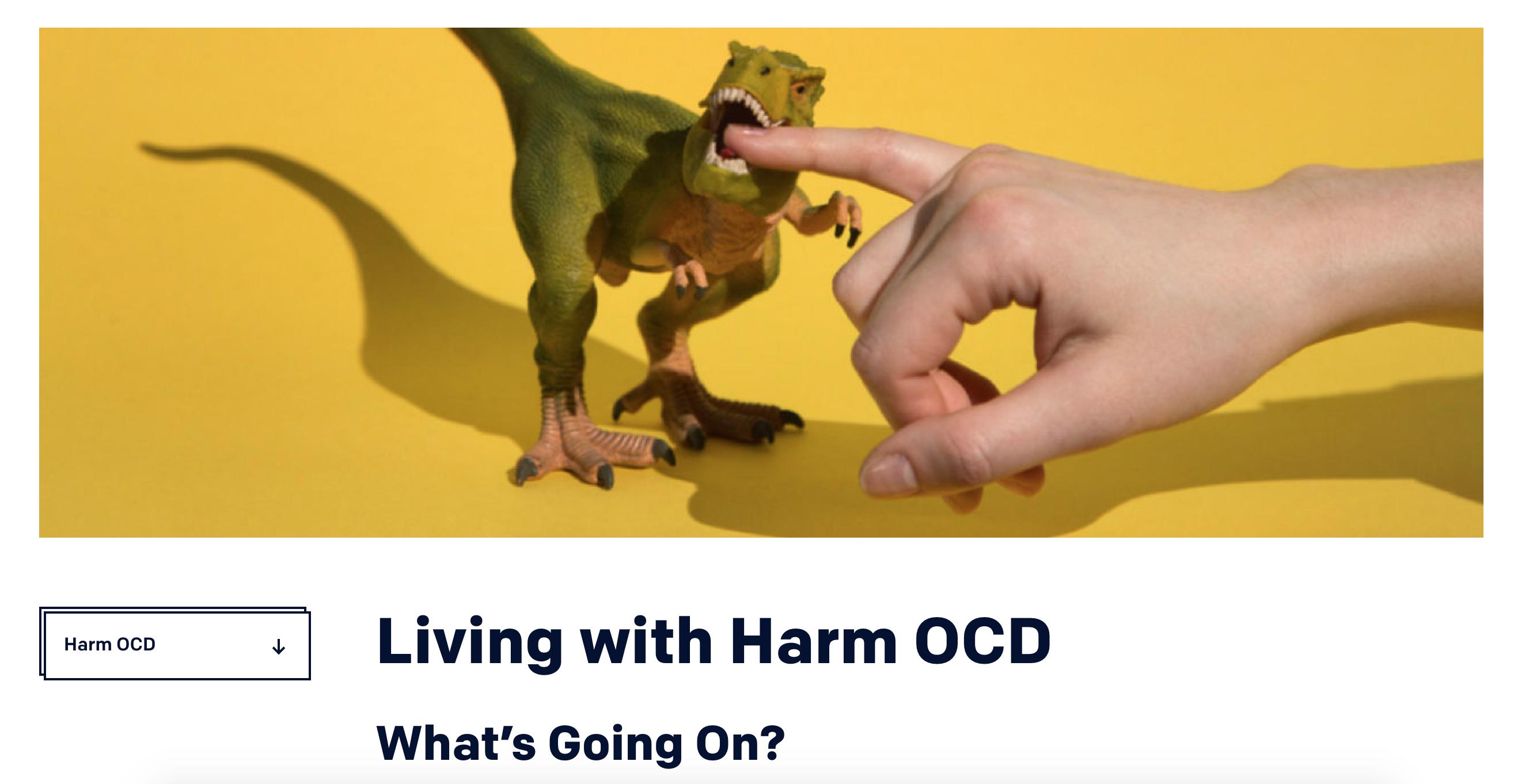 Accessibility for OCD sufferers with additional needs was also at the forefront of the redesign. A Spanish version, created in collaboration with a translator to capture the precise tone of the English site, will launch within the month to include not just text but subtitles for video and audio components. And thanks to the designers’ agency experience with cultural institution projects, visually and hearing-impaired visitors will be able to access all the content, too. "We’re not delivering the site in strict ADA compliance, but the initial design rollout was made with that consideration in mind." Animation was kept simple, the colors are colorblind-compatible, the text is highly readable, and it’s a low-bandwidth site that can load on almost any internet connection.

One crucial difference between this execution and a client campaign is the privacy of the topic. Harvey explained that the disease is still a very personal one—most feedback messages they’ve gotten about the site have been anonymous—and that’s affected their KPIs. For them, what matters is that people feel seen and supported, not that they can be marketed to later.

"We’re making a conscious decision not to do any remarketing or install tracking pixels," he said. And the site is unconcerned with sharing. "That’s a normal brand marketing KPI, but we’re not worrying about that because our users don’t share content. That doesn’t mean they’re not reading it or getting value out of it."

How page load speed can help you crush SEO

In search of sanity: A candid tale of battling mental health in adland

How amputees became the disabled darlings of Madison Avenue