Favourite subjects of parodies include threat of food shortages and economic decline.

The government has launched its campaign – with a reported budget of £100m – calling on people to ensure they are prepared for life if the UK leaves the European Union on 31 October, as it plans.

While many people visiting gov.uk/brexit will be told they do not need to take any action, others are advised to take steps now – for example, someone who plans to travel both in the EU and the rest of the world after Brexit, and to drive abroad, will get this list of advice.

But the straightforward posters directing people towards the site have come in for some unsurprising mockery over the vagueness of the message and the government’s apparent willingness to accept a string of negative consequences in order to leave by the deadline.

With the threat of food shortages one of the most pressing concerns voiced by Brexit sceptics, a number of people felt this was something the campaign should have addressed more directly. 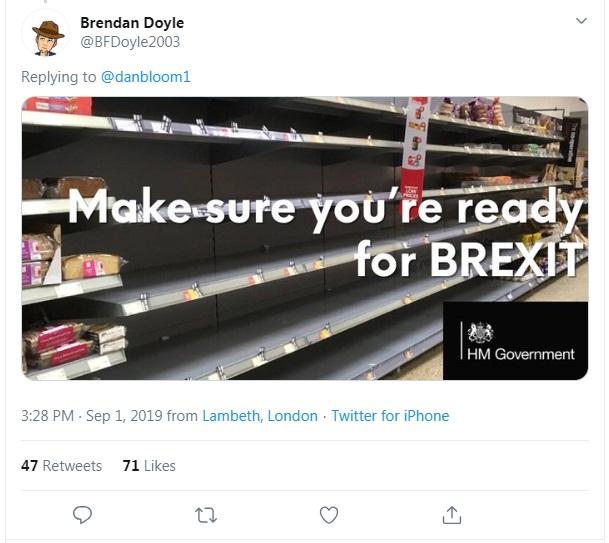 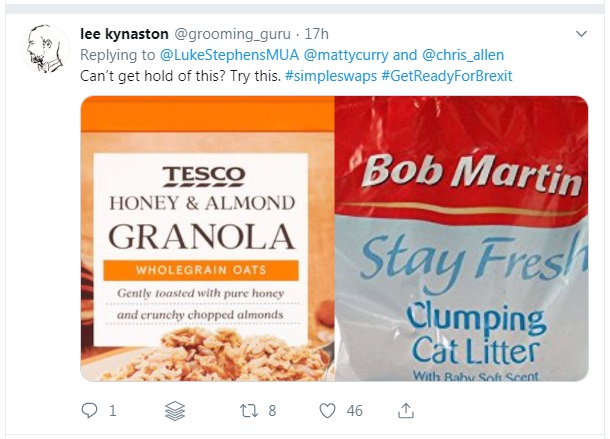 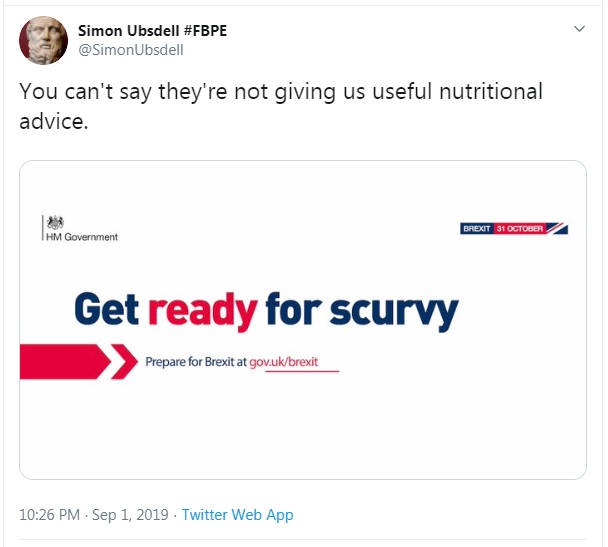 Others, meanwhile, pointed out that Britain is full of potential food sources. 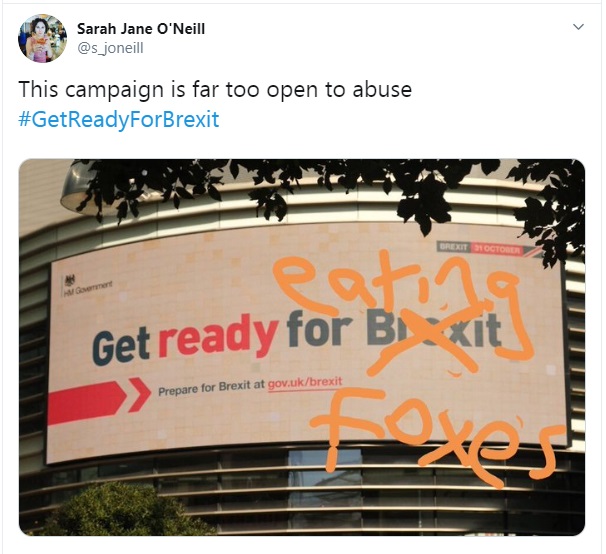 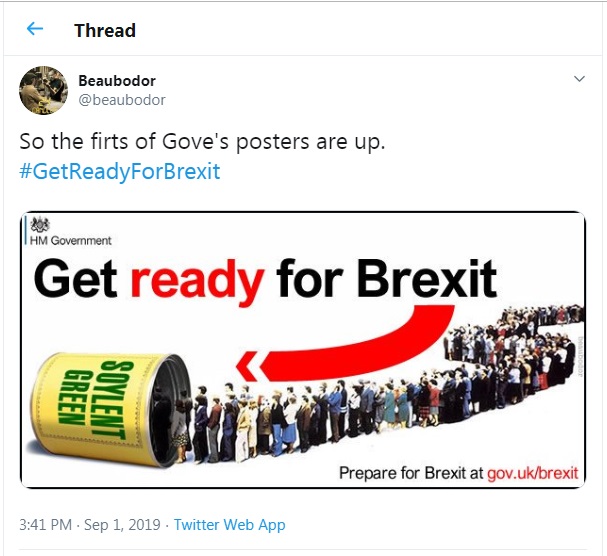 Others felt the posters should have been more upfront about the possible impact of Brexit on people's livelihoods. 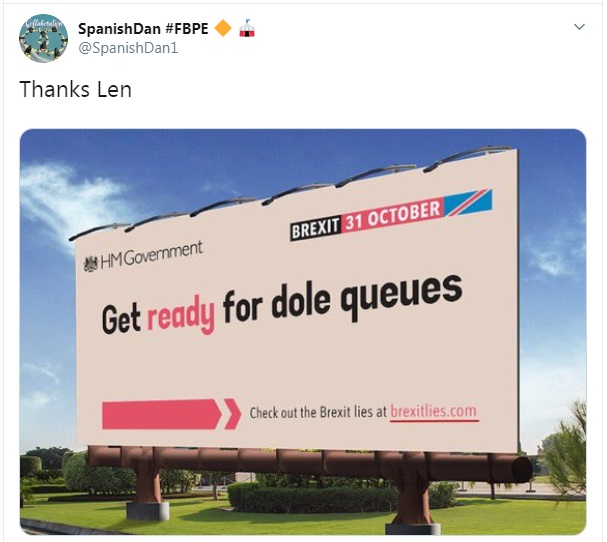 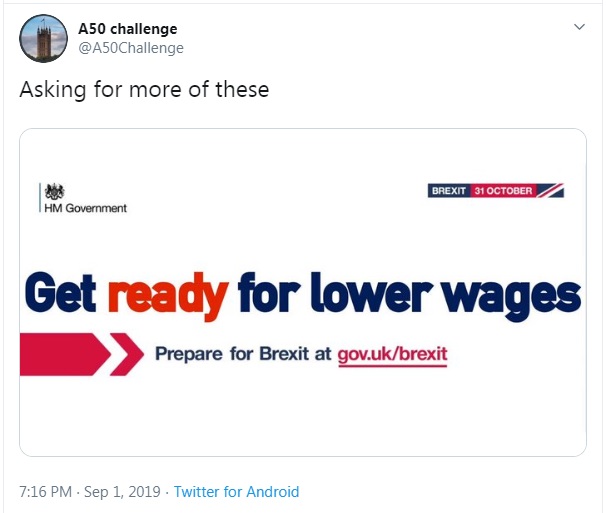 Many were reminded of a previous time in which the UK was forced to pull together to face a great challenge (for any millennials reading, we mean the Second World War). 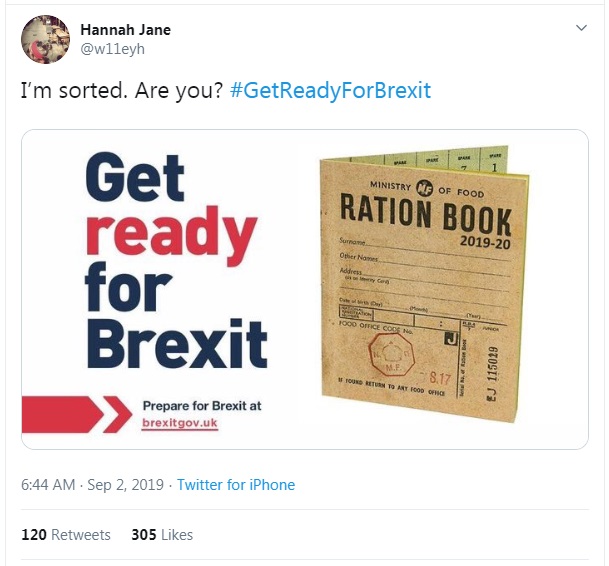 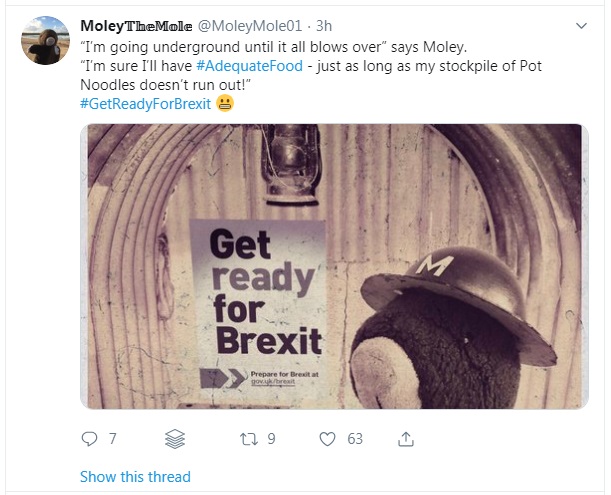 And there were others who saw this moment as the beginning of a dystopian future. 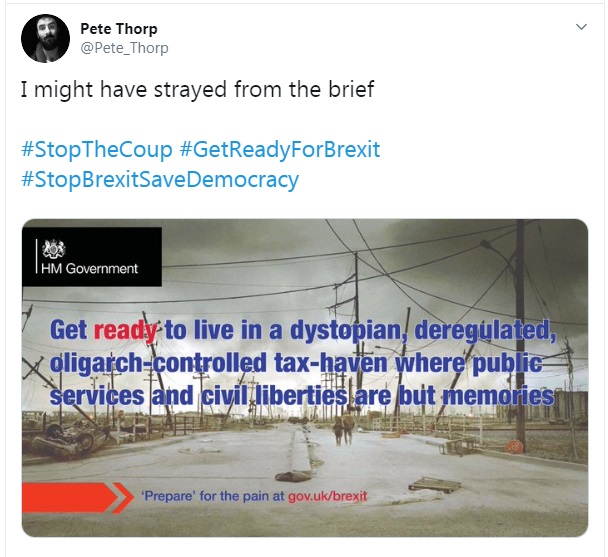 This man, meanwhile, chose to reimagine the poster in the style of last year's Conservative Party conference. 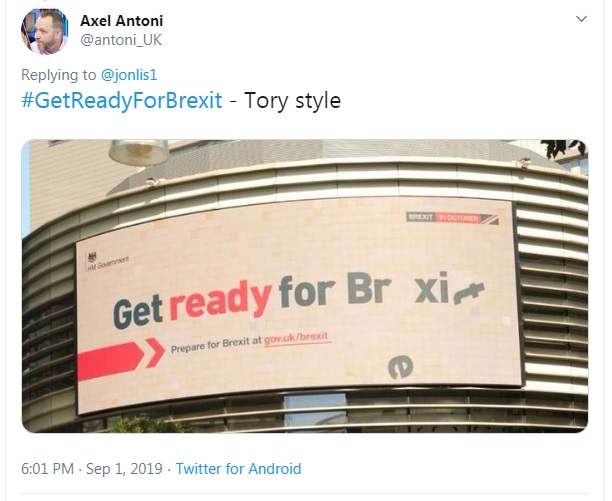 A light has just gone out in adland, but Tim Bell's legacy will live on

'If there's going to be one silver lining that all of us take from this, it's how to be a better industry'

£100m no-deal ad blitz: 'the brief for our vexatious century'