After a quarter where Absolute Radio increased the reach of its network, TalkSport hit a record audience and more than 50 per cent of listeners listened to radio on a digital platform, three experts give their views on what Q2 means for commercial radio: 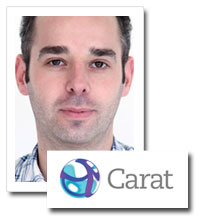 Michael Williamson, the head of radio at Carat UK

"Today's Q2 results show a series of success stories across the industry. At a time when there is serious consolidation in the commercial marketplace, these results throw up some interesting thoughts.

The 7.6 per cent growth in listeners at Planet Rock to surpass the one million mark for the first time shows Bauer can grow its new acquisitions.

"Over at Global Radio, strong growth by its three main pillars – Heart, Capital and Classic – has lead to a record group reach of 20.2 million weekly listeners. But both Real Radio and Smooth Radio reported declines in reach and hours, which makes the future plans of Global very interesting.

"Digital radio listening has sailed past the 50 per cent weekly reach mark, and could be looking for the 60 per cent mark within a year. The growth in digital listening will be quickened by the growth in smartphones and tablet ownership. Research shows 42.9 per cent of 15-25's have listened to the radio via their mobile phones and the KissKube app has now achieved 1.2 million downloads.

These stats show that digital radio is well on the way to becoming a major listening platform." 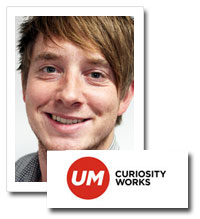 "The BBC will point to record audiences in Q2 2013 on some of their flagship stations. However, commercial radio was not to be outdone with Global Radio's leading networks Capital, Heart, and Classic all posting healthy growth.

"Bauer's Kiss UK and recently rebranded Planet Rock continue to go from strength to strength. Throw into the mix a fantastic set of numbers from the to-be-acquired Absolute Radio, and Bauer's expanding portfolio is shaping up nicely.

"The challenge for the stations now will be to build on this momentum and reach out both listeners and advertisers with diverse programming and premium acquisitions. In an increasingly competitive marketplace, Q2 2013 again highlighted the variety of opportunity on offer, with the success of speech-based stations such as TalkSport, which thanks to excellent (and exclusive) coverage of the British Lions series victory in Australia boasted record numbers.

"Similarly, LBC continues to provide a valuable mouthpiece for Londoners and beyond with shrewd programming moves such as 'Call Clegg', offering the variety of live radio that will hopefully keep audiences tuning in for surveys to come." 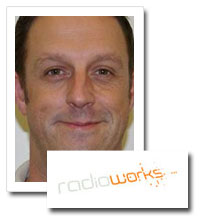 "You can't say that this quarter has been boring! Generally, it's good news all-round for commercial radio. In particular, there have been impressive gains for Kiss, which is up 35.5 per cent year on year; Jazz FM, up 25.5 per cent quarter on quarter, and TalkSport, which has recorded its highest reach ever, with 3.25 million listeners now tuning in every week. Bauer will also be pleased with its new purchase as the Absolute Radio network gained over half a million listeners – an estimated £22 million is looking to be great value.

"Commercial radio continues to dominate the BBC's output at a local level, adding 1.4 million listeners since the previous quarter. Looking at the lucrative 15-44 age bracket, commercial radio outperforms the BBC, with 59 per cent of all listening hours nationally.

"As we edge closer to the Government's decision on whether the UK is ready for a digital switchover, it seems Digital Radio UK's "D-Love" campaign is having an effect. For the first time ever, over half (52.5 per cent) of the population use a digital platform to access radio each week.

"The Rajar survey may not carry the same significance it once did, but I'd argue that this set of figures certainly supplies everyone in radio with plenty to talk about."