Campaign looks at potential candidates to become WPP's next chief executive and asks what qualities are needed to lead the world's biggest marcoms group.

The deck of 8 cards is shared evenly. Neither player can see the other's card. The starting player chooses one of the their 5 traits to attack with. The trait is then compared to the opponent's card. The player with the strongest trait is the winner of that round, and wins the card. The first player to win 3 cards is declared the winner.

"At some point, we all leave our jobs. The question is when." And so Roberto Quarta, chairman of WPP, set the hare bolting.

The subject of who will succeed Sir Martin Sorrell, 71, as chief executive of the world’s biggest marketing services company has been on the burner for more than a decade now. Now Quarta has turned up the heat. Whether Sorrell resigns "tomorrow, in one, two, three, four or five years, or even over a longer period, we have already begun to identify internal and external candidates who should be considered… Shareowners should have no doubt that we already have a strong pool of internal and external candidates to draw from."

So who? An adlander? A financier? A Brit? A woman? Campaign asks around.

OK, Sorrell did not answer Campaign’s request for comment about possible succession. However, this is what he has said previously when asked about it: "Whoever does my job in the future may do a much better job. But it will never be the same because they will never treat the business as their own. In my case, the emotional connection is so strong that, if we win or lose a piece of business, I take it personally. It’s very much part of me." 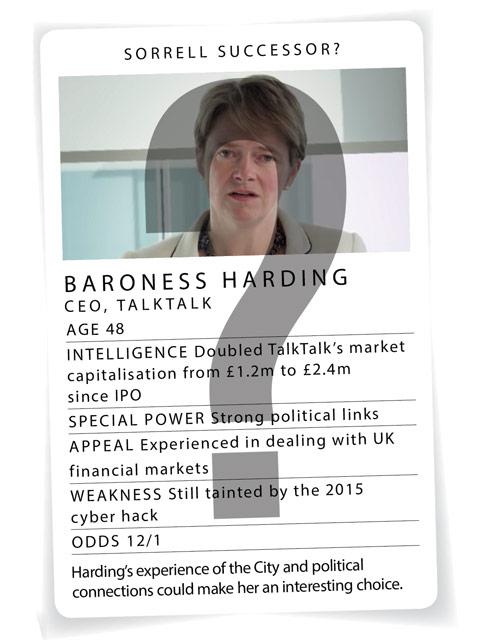 "Finding Sorrell’s successor is going to be a real challenge. That person will not only need the entrepreneurial flair Sorrell has always demonstrated but will be somebody with proven experience in managing large organisations with so many disparate divisions.

"The danger is that you find a very efficient corporate manager who doesn’t understand the creative nature of the business. The kind of person WPP needs is very rare. Some will claim there’s no difference between running one big company and another. But there is. Look how long it has taken Interpublic to return to good health. And you wonder what will happen to Publicis Groupe and Omnicom when their charismatic leaders, Maurice Lévy and John Wren, depart.

"What’s more, Sorrell’s successor will have to be somebody who can maintain the high-level client contacts that he does. That person will already have to be very experienced in dealing with big clients."

"Because WPP is a group comprising hundreds of companies within several divisions, whoever succeeds Sorrell will need to be able to communicate with and win the support of these different groups. It would be difficult for an internal appointee, who will be tarred with the brush of whatever part of the company they come from.

"At the same time, WPP remains a prolific acquirer of companies and it’s unlikely that somebody from an advertising background has much experience in M&A activity.

"Also, Sorrell is different from the leaders of other major marcoms groups because he has positioned himself as a commentator on the global economy. Recruiting somebody who could take over that role would be an enormous challenge." 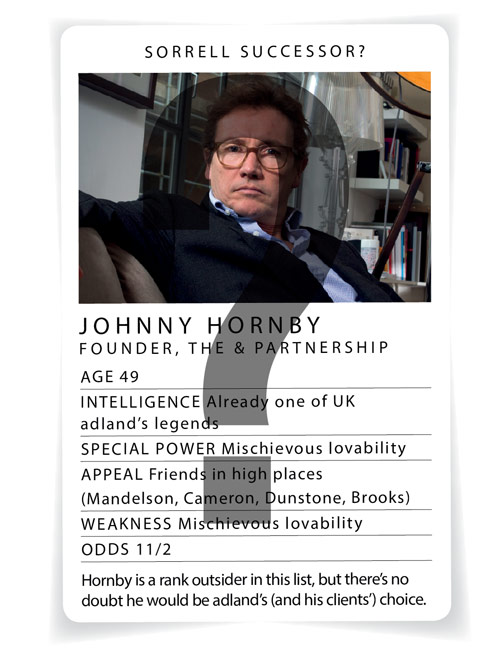 "Remember that WPP grew out of a company making supermarket trolleys, so it’s vital that Sorrell’s successor can continue to grow what Sorrell has built and do it through team-building on a global stage.

"Sorrell has created a global business and continues helping his clients do likewise.

"It’s also important to remember that WPP is a service business even more than a creative one and that whoever replaces Sorrell will need to have a huge amount of fiscal experience.

"That means WPP shouldn’t be limiting its search to somebody with good experience of the creative industries. Simply looking for a high-flyer at the top of Interpublic would be unwise. Adaptability is going to be much more important. Maybe Sorrell should write his own job spec." 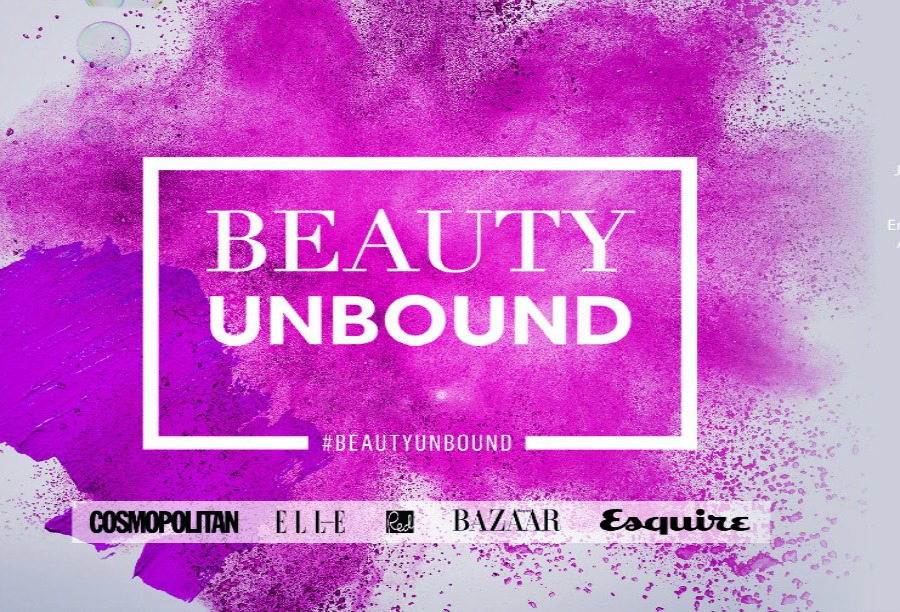 "Sorrell’s successor? It could be a man or a woman in their late forties or early fifties who is strategic, a visionary, somebody who understands clients’ issues and the need for transformation. They need to be a leader – charismatic, a good operator and a team player. And they need to be driven. Experience in advertising, media and digital would be appreciated.

"I would add that whoever succeeds needs to be
a good human being – not wicked and nasty, generous and not greedy, sharing and not selfish or egotistical." 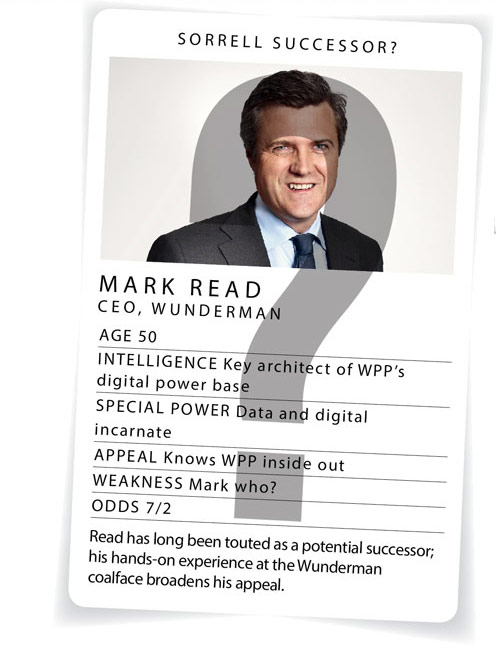 "Just as when Sir Alex Ferguson stepped down at Manchester United, it’s possible that WPP won’t get the succession right first time. Sorrell is such a force of nature and has managed WPP in such a unique way and with such obsessive energy that it would be very hard to find somebody else who could operate in a similar way.

"If you look at the people who run each of the

WPP divisions, you won’t necessarily find somebody with either the stature or the background to run the company in the way Sorrell has.

"Unlike Maurice Lévy at Publicis Groupe and John Wren at Omnicom, who have clearly defined views of what will happen after them, Sorrell has always been dismissive of the succession issue.

"WPP’s culture has always been so difficult to specify that, before the company looks for a successor, it needs to define itself because that will have a bearing on the kind of person it needs to find." 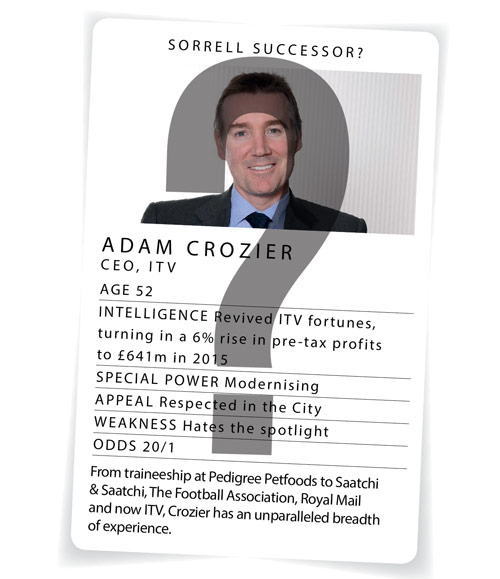 "We believe all recruitment processes should be transparent and give all candidates, internal and external, an equal opportunity to be considered for the role.

"We question the assumption that all executive-level skills are transferable across companies and industries, and question the value that companies increasingly attribute to ‘superstar CEOs’.

"As we’ve seen with Claudio Ranieri, the formula for real success doesn’t always have to include huge egos and massive pay packets.

"Clearly, in some circumstances, recruiting an external executive to bring new thinking and an outside perspective may be needed.

"However, we are of the view that external recruitment can and does lead to high payouts for new executives while resulting in mismatched expectations, culture clash or longer induction periods that may harm the business and provide poor value for money.

"For these reasons, internal candidates should be given serious consideration in the recruitment process." 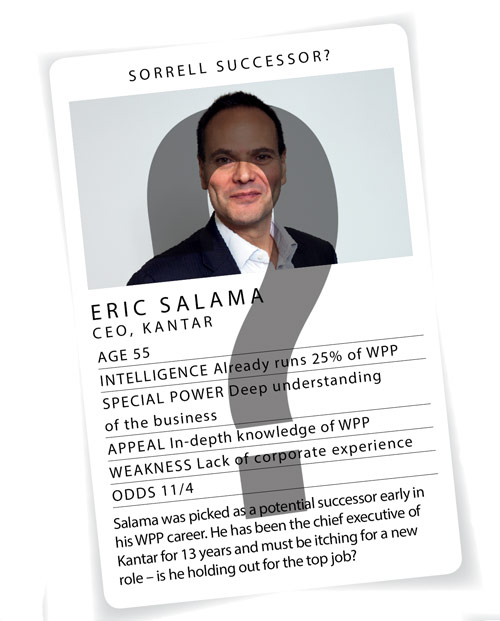 "Aside from the qualities and characteristics needed of a founding chief executive such as vision, focus, communication, persuasion, determination, perseverance, resilience, commitment, drive, energy and calculated risk-taking, a succeeding CEO of a leading global business needs to be an innovator, trailblazer, trendsetter, groundbreaker as well as a guiding light and torchbearer so as to preserve and build on his inheritance.

WPP revenue up 10.5% despite marketing taking 'back seat' for clients

Watch: Martin Sorrell on how the industry can deal with ad-blocking

Sorrell on his pay packet: 'This is the way to do it'