Transformation. Change. They're big words that are hard to fit in the mouth, but it's something RG/A has tried to digest with an aggressive approach to unlocking opportunities for its clients and itself.

"Creating 30-second TV spots used to be our business," Wacksman said at the recent Spikes Asia Festival of Creativity here. "Now it’s just a small part of the bigger picture."

The shift has impacted clients, agencies, ideas and data over the last decade, presenting an opportunity for R/GA to become more deeply involved with its clients. And the relationship isn’t just parasitic, but one that is symbiotic.

Launching R/GA Accelerator in 2013 to help grow startups, the agency has raised the bar with a new level of commitment. It now has equity investments in more than 30 startups.

As the client’s business grows, R/GA grows too, and the return can be exponential. "We know it’s hard for startups at the start, so we take equity instead of payment," Wacksman said. "It’s a new long-term income stream and a future model for agencies."

Here are some key lessons from Wacksman’s presentation on transformation across the client, agency, ideas and data segments: 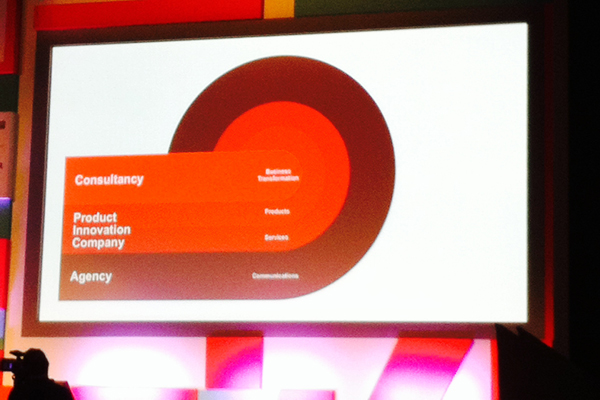 Ideas: top down, bottom up Campaign’s observation: Breaking the mold of traditional agencies isn’t easy. RG/A has built a compelling case on the back of its work with Beats, showing that if agencies are willing to change their focus, they can become equally entrepreneurial.