The agency's global chief executive is worried about unicorn tech giants taking away his talent. Not that you'd know it from his understated demeanour.

Despite taking charge of one of the world’s foremost digital agencies, Sean Lyons has recently rediscovered a love of painting and is trying his hand at photography.

"I still draw and paint, and I did one recently for the first time in a long time," he says. "I still do that and try to spend a lot of time in museums. I still have a very deep connection to art – that's where I get inspiration from."

What strikes you upon meeting R/GA’s new global chief executive is that he and his predecessor, Bob Greenberg, seem light years apart.

At 43, Lyons is obviously much younger than Greenberg, who founded R/Greenberg Associates 42 years ago and has since turned company restructuring into an art form. R/GA has, over the years, gone from being a computer-assisted film-making company to a digital studio, then to an interactive ad agency, and finally to a digital agency.

But this bearded Brooklynite cuts a much more serene and understated figure, as a precocious art student who became fascinated by technology, unlike the maverick motorcycling Chicagoan Greenberg, whose career was forged in the movie industry.

Lyons' style for leading the company, he explains, will be a continuation of how he ran R/GA’s biggest office in New York.

"Some of this is generational; it’s a changing of generations, a changing of founder to non-founder. I take that responsibility really seriously," he stresses. "You have to lead the company differently. It’s not like you’re going to become another Bob – it doesn’t work that way." 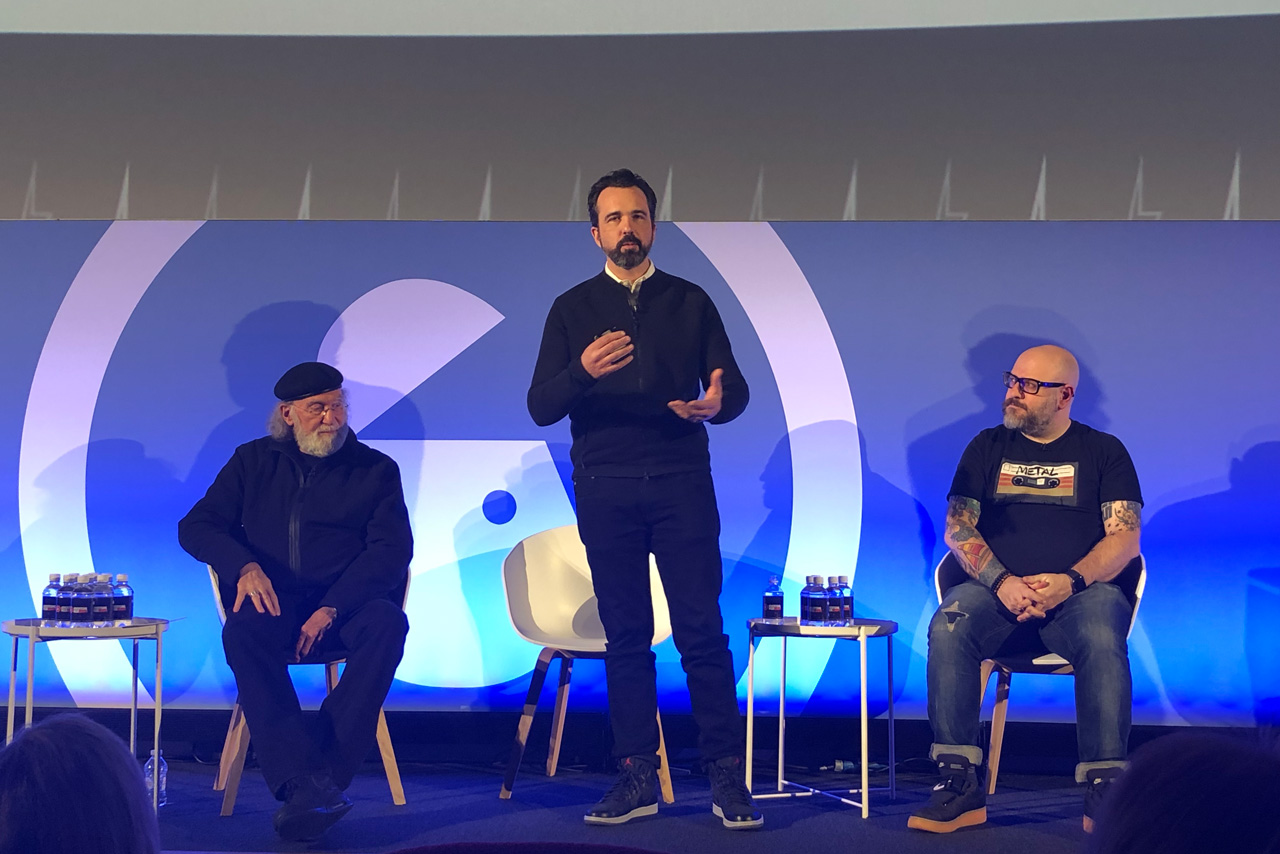 Lyons is speaking to Campaign after his debut appearance at Advertising Week Europe in London, where he appeared alongside Greenberg and EMEA strategy director Rob Campbell (pictured, above) to talk about the agency’s "Transformation at speed" proposition that was launched at Cannes Lions last year.

"Transformation at speed" is about consistency across the business, Lyons explains, because each R/GA office needs to have common standards in place to ensure change happens on a global level, whether that is internal change or delivering transformation for global clients such as Nike.

This means he is going to be "data-driven" in the way that he makes decisions, rather than micro-managing: "I realise my job is to make sure my leadership has information at their hands to make good decisions. My main view on a leader is judgment; I’m not going to give you a playbook on how to do your job."

Because he is not a founder, Lyons believes, he is better-placed to delegate authority to regional leaders, since he is not as instinctively attached to every part of the business.

Instead, he is "big on connecting authority with accountability".

Lyons explains: "I've done this my entire career: I built Nike into a very different account, which is by, piece by piece, putting teams together. So I think I'm good at setting the rules of the road and then maintaining a conversation with the leadership over how they're succeeding. For me, that becomes an easier discussion over: 'Did it work or not?'

"I’m different that way from a founder, who might think about every piece of the company as a piece of himself, which is natural, as every founder does that. But to Bob's credit, he built an environment where people like me can thrive and people like Matt [Lodder, EMEA managing director] can thrive."

Lyons was previously running R/GA in the US, the agency’s largest region. He got the top job after Nick Law left in January 2018 to join Publicis Groupe in a global role. Law was widely believed to be Greenberg’s heir apparent. The departure of Chloe Gottlieb, R/GA’s US chief creative officer, followed shortly afterwards last year.

Whereas Law is someone in the "creative rock star" mould who would have set pulses racing, Lyons comes across as subtle and deliberate. He collects vinyl records and likes to visit galleries and museums in his spare time. Despite his fine art background, he got so deep into computer coding that he literally wrote a book on Flash in 2001 (Flash Architecture and Integration).

Lyons went to art school at Carnegie Mellon University, but was heavily influenced by technology classes and was excited about virtual reality as far back as 1994. After a brief spell as a Soho art gallery assistant, he made his name at Silicon Valley start-up Oven Digital as head of Rich Media, where he managed a team of animators and developers.

"VR was being talked about then as the next big thing, including autonomous vehicles," he recalls. "The future was being built at that stage in academia, but at Carnegie Mellon it was applied – they’re actually making things. In R/GA, it’s exactly the same thing."

This is Lyons’ second stint at R/GA, having previously worked as global chief digital officer and managing partner at Havas Worldwide New York. There, he led all digital efforts at global level while co-managing the New York office. During his first R/GA tenure, he held the role of senior vice-president of operations and business planning. Lyons was also managing director on the Nike account and is credited with leading the launch of R/GA’s Buenos Aires office.

His key challenge now, however, is hiring the right talent amid a fiercely competitive recruitment market. While R/GA is still one of the most reputable digital shops (in the UK, it was named Campaign’s Digital Innovation Agency of the Year for the second time in a row), it is now also having to compete for talent with the likes of Facebook and Google.

To this end, Lyons has already reorganised the HR and recruitment departments into a single team. He is also demanding a restatement of R/GA's "mission" so that younger employees, in particular, are inspired by the company’s values and opportunities to work with start-ups through R/GA’s Ventures programme.

"That actual value exchange is really simple, when we break it down at that level," Lyons explains. "And it's almost like a contract with the employee… the commercial benefit is they stay longer, they're happier and we can get better work done. It's hard to be in this business. We all know that it's challenging."

Despite wanting to hire more technically minded people who are comfortable using data, Lyons insists that R/GA will be just as creative as it has always been. He animatedly points to the agency’s work with Snapchat for Nike Air Jordan as an example of how bringing "media figures" into the creative department also brings innovation.

"That level of innovation is that type of stuff that we want to bring to media," Lyons continues. "So when you have media figures in there, they know the ins and outs of these platforms and they don't have to talk to the media agencies that are talking to the platform."

But, Lyons insists, creative agencies are still the best place for talent to shine if they are given the chance to develop. Almost with an air of solemnity, he restates the guiding principle:

"I grew up in the company through the technology department. Where at an agency would that happen and I would eventually become the CEO of the company? I credit the environment created by Bob and also to IPG for recognising that. I started as a freelance developer; how do I create that opportunity for people now within R/GA? It’s a responsibility I have."

There's not enough 'me' in autonomy

This is me: How Andy Biddle makes advertising come to life

The year ahead for new agency models

Thoughts on AI, mixed reality and diversity from Web Summit

Hegarty: The future of marketing is a return to the basics