'You've got to look in the mirror and get real': The pair break down what it means to be part of the inclusion conversation.

The award-winning artist, actress and producer and chief brand officer at Procter & Gamble are changing the media landscape with Queen Collective -- a program developed in partnership with Tribeca Studios to accelerate gender and racial equality behind the camera.

To celebrate its inaugural year, the duo descended upon Tribeca Film Festival in New York City on Friday with 2019’s official selections, young directors B. Monét and Haley Elizabeth Anderson.

"Generally, each movie hires around 150 people," said Latifah. "That’s 150 jobs -- 150 jobs that can be filled by women of various backgrounds, and men of course. Ultimately, I want my cast and crew to look like the world. I want to make a difference in this disparity -- it makes no sense and we want to change it."

Asked how people outside of the diversity and inclusion conversation can make a meaningful impact by getting involved in a way that does not come across as disingenuous and a box-ticking mission, Latifah told Campaign US: "It’s best to be quiet and listen rather than speak from a place of knowing what you’re talking about -- because you don’t.

"You’ve got to look in the mirror and get real, because with some people their heart is in the right place but they say the wrong words. And it just shows ignorance, so you’ve got to get educated.

"Find out what has really bothered people through the years, and how other people have been offended by what has been happening. And change that. Start to speak differently, use different words. Learn that you don’t say ‘you people.'

"As the world changes, you never know what could offend people. It’s something that you have to proactively find out about. When you step into anyone’s world, you’ve got to get the lay of the land."

Latifah added: "Get into a room full of people who don’t think like you do first. You’re going to hear a lot of what you don’t want to hear." 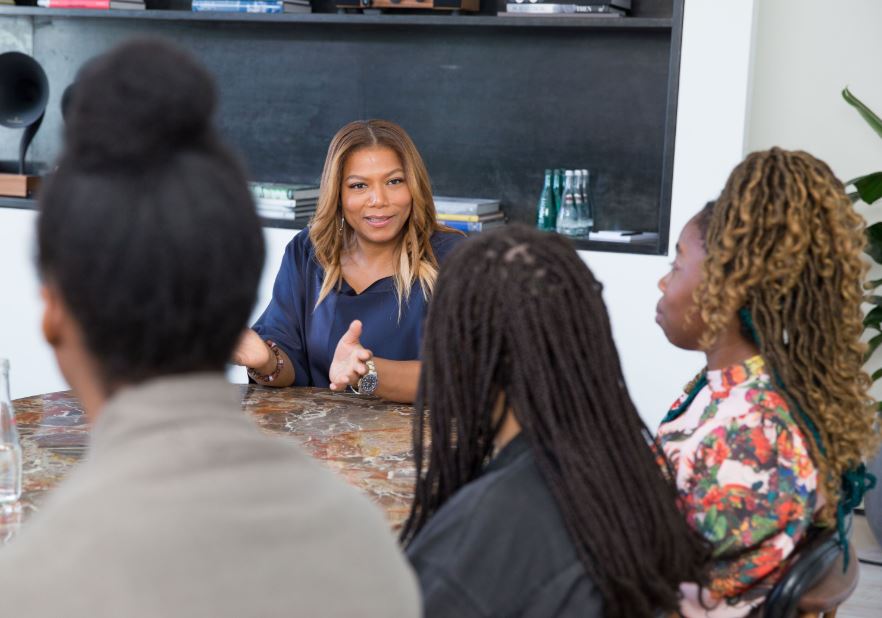 The actress and Pritchard go back a long way (...in things you definitely weren’t expecting to read today).

They met when he was in the CoverGirl business 20 years ago. Pritchard is the first to admit the cosmetics brand -- like so many -- struggled with its self image. He said the ambassadors were too white, too thin and too young. It stuck a personal cord as he thought about his own three daughters and the stereotypical nature of how women were being depicted. There and then, CoverGirl made a commitment to change, and eventually brought in Latifah.

But it wasn’t until the pair were reunited on a panel two years back that they decided to embark on a journey of transformation together.

"The reason why P&G is here is because we’re trying to reinvent advertising," Pritchard said. "It needs an overhaul. Most people say that seven out of ten ads are annoying. And most people say ads don’t reflect who they are.

"Forty percent of women say ads are not an accurate reflection of who they are. Twenty-nine percent of ads based on the hashtag "See Her" movement say that women are either stereotyped, objectified or diminish characterization. When you look behind the camera, it’s no wonder why. Only seven percent of commercials are directed by women. And even fewer are directed by women of color. With diversity comes creativity."

It’s easy, and dangerous, for anyone with little knowledge of Pritchard’s adland presence to assume his place in the diversity conversation is unwarranted.

But Pritchard’s own personal journey with inclusion is a powerful one that he shared during an emotional presentation at the ADCOLOR conference in Los Angeles last September.

His father was Mexican American and an activist for migrant farm workers. 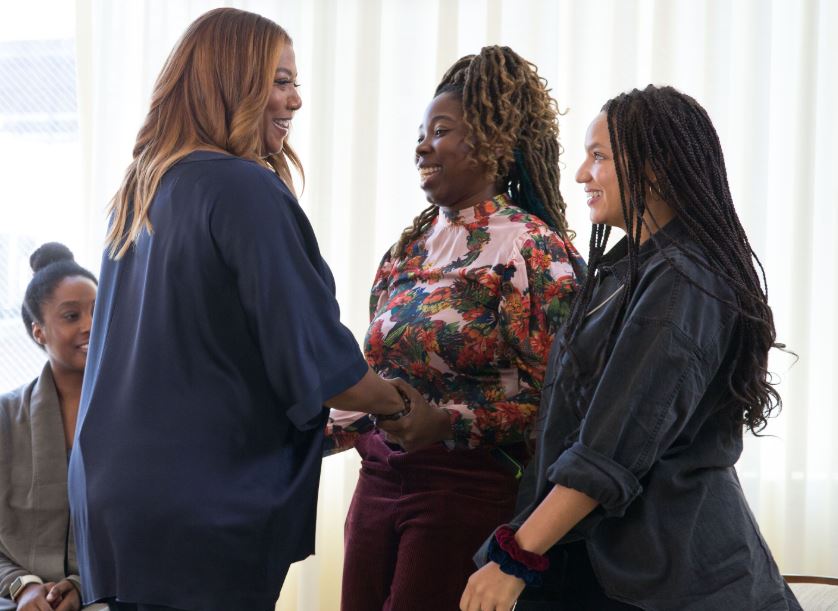 Pritchard is half Mexican. His father was adopted by an English man, hence his last name. His grandfather’s surname was Gonzalez, and Marc was nearly named Nick. "Imagine the difference between growing up as Nicky Gonzalez versus Marc Pritchard," he at the time.

Entering the workforce, he suppressed his Mexican heritage for fear of being labeled and always ticked the "caucasian" box when filling out paperwork. He had to come to grips with his own bias and behaviors and recognized the privilege of being viewed as white.

P&G champions diversity and equality and uses its advertising for good, but Pritchard said getting to this commitment has been a journey both personally and professionally and one that came to a head during "The Talk" campaign -- a drive to underline the conversations people of color have been forced to have with their children because of the way society has viewed them.

"You need to reach out to people who aren’t like you and really earnestly want to learn and listen," he told Campaign US. "You have to build trust first, too.

"When we first started talking about what it’s like to be black and what needs to change, it wasn’t like [the team] just jumped into it -- they had to see that my intentions were true. Then we could have some conversation."

Pritchard said the team came together the most after they we were attacked when "The Talk" aired.

"It was some of the most hateful things I’ve ever seen," he continued. "It was a moment of truth -- are we going to keep going? We said ‘yes, we’re going to double down.’ That led to more breakthrough. This is not just an overnight sensation, it’s work. And if you commit yourself to it and your intentions are honorable, it will happen."

The Queen Collective has opened doors for Monét and Anderson who have benefitted from mentoring, production supported and distribution opportunities. They are the first in what will be a string of young talent guided in an area where there was once little guidance to be offered. 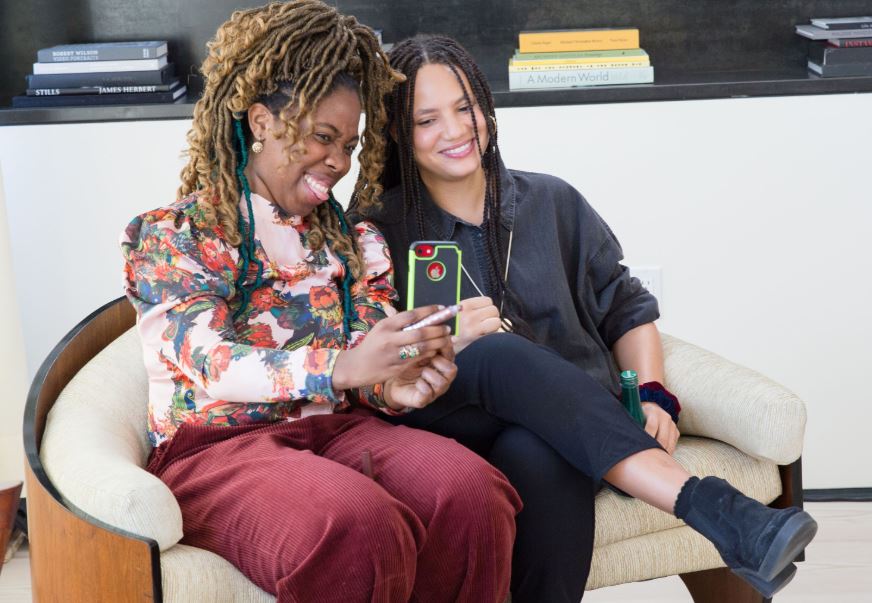 Monét, whose film "Ballet After Dark" follows the story of women who have been sexually assaulted and are using dance to reclaim their bodies and define themselves after pain and trauma, said: "Something like this is so rare because I feel like women of color never actually see themselves behind the camera, so it’s such an honor to be selected.

"I hope the Queen Collective can pay it forward for future generations. It’s not that we’re not amazing and dope -- we need other people to take chances on us. It makes me feel emotional that something like this was created."

Anderson added: "This has been a very amazing experience. It gave me validation as an artist, as a filmmaker, as a boss. It’s done so much more than this project, by helping me in so many areas of my life."

Her film, "There Is Light," follows a family navigating the shelter system in New York City. It’s a struggle close to her heart as she had experiences of homelessness as a child.

Both films were celebrated at the Tribeca Film Festival last week and are available to stream now exclusively on Hulu.

Procter & Gamble continues to fight racial bias with 'The Look'

What marketers can do to help combat the 'Pink Tax'