The network talks going live and the platform's most controversial President.

On Thursday, a new report from the Video Advertising Bureau (VAB) found that on any given night, 87 percent of trending topics on Twitter are generated from audiences tweeting as they watch a live TV show.

Super Bowl Sunday has always been the live show that has generated the most engagement on Twitter, according to the platform's head of brand strategy, Alex Josephson. And as advertisers anxiously await this Sunday’s Super Bowl, he said, they should prepare to join in on the conversation. 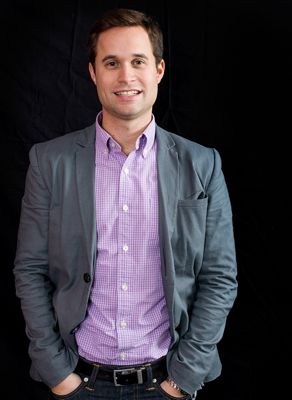 Josephson, who has been with Twitter since November 2012, has overseen Twitter's global brand strategy team since September, partnering with advertisers to help them strategize around impactful cultural events like the Super Bowl.

Campaign US spoke with Josephson about what advertisers should expect on the platform on Sunday, the best content for live applications and what to do before your brand ends up in one of Donald Trump’s infamous tweets.

How can a Twitter campaign complement a live TV event like the Super Bowl?
Brands gravitate toward live TV events in particular on Twitter. Twitter and TV have this inseparable love affair since the dawn of the platform. And that's because it's mobile first. It's a public and open platform so you get to see every perspective during something like the Super Bowl, whether it's from fans, reporters, athletes, celebrities or the teams themselves.

What new tools are available to advertisers on the platform this year?
This year we are really excited to see brands play with something that we just unveiled a couple weeks ago at CES called Periscope 360. Periscope 360 is basically Periscope but in a 360 format. So if someone's broadcasting with Periscope 360 and you're sitting on your couch watching it on your phone, you control what you're seeing by tilting your phone or swiping your finger. So it's basically putting the camera in the palm of your hand.

With Periscope 360, we expect brands to use any special access—either at the game itself or VIP Super Bowl parties during the weekend—to give fans the opportunity to really experience those moments on those vantage points on the 360 format on their phone.

Lady Gaga, who will be performing during halftime, went live last night using Periscope 360 to share some behind-the-scenes moments. The video saw one million views in the first hour.

Speaking of Lady Gaga, she worked with Twitter to create custom emojis for the Super Bowl that go along with hashtags. Pepsi is also using them for their #PepsiHalftime activation, and T-Mobile in its new Justin Bieber campaign #UnlimitedMoves. What draws people to the emojis that pop up with a hashtag?
Custom emojis are a creative tool that offer brands a rich creative canvas for them to stand out from the crowd. People are naturally drawn to using emojis, so combining the use of a hashtag with an emoji provides people with the chance to connect and express their excitement about what they are talking about.

Twitter’s new explorer tab places the platform’s live content at the very top. Will the tab feature branded content?
We don't know at the moment because the feature's so new.

What other new Twitter tools are available to advertisers for this Super Bowl?
One product that is still in early stages on Twitter is what we call "Tweet to Unlock." This is a format where, if the user engages with the tweets, it'll unlock content instantaneously within the tweet.

So advertisers can leverage that for the first time to tease their Super Bowl spots or even unveil them. It's a product that’s tailor-made for brands trying to drive frenzy around a new piece of creative.

Twitter has a large partnership with the NFL for showing live games. This fall, the platform livestreamed 10 Thursday night football games. What is the significance of this partnership going into the Super Bowl?That statement is even more important this year because we're living in an era where the Millennial demographic is viewing and consuming content in a really fragmented state. So you're seeing cords being cut, being shaved, or maybe even what we call "cord-nevers," those millennials that have never had a cable subscription. Those consumers are very hard to reach, but they come to Twitter to watch the games. That represents an opportunity for these brands to reach that audience. We looked at audience data—70 percent of Thursday night football viewers on Twitter were actually under the age of 35.

Brands like General Motors, Boeing and Macy's have been attacked by President Trump on Twitter. How would you advise brands to advertise within a tense political climate, especially around large events like the Super Bowl?
We encourage brands to make an emergency scenario plan. In the weeks or days in advance of the Super Bowl, for instance, brands should sit down and decide what kind of moments their brands should stay away from, so when they happen, you're not just scrambling in the moment to decide whether or not to publish something; you've already kind of predetermined like what your rules of the road are.

We don't know exactly what's going to happen during the game, but you can predict certain types of things can happen. Touchdowns will be scored, controversial plays called, celebrity sightings, etc.

Have you been advising brands specifically on Donald Trump?
No. What I can say about the political climate is that we encourage any government official to use Twitter to communicate with their audience and their constituents.

Donald Trump certainly discovered how to do that effectively during the election and during the transition. So whether you agree or not with policymakers and their respective positions on certain matters and topics, their engagement on Twitter is sort of a factor of Twitter being a public and open platform. We’ve always maintained that Twitter’s rules and code of conduct apply to everyone on Twitter and that includes heads of state.

But, for the record Twitter isn’t going to ban Donald Trump?
I apologize, but I can't comment on that.

Last year Twitter revealed, for the first time, the amount of views of Super Bowl-related tweets, but not shares. Will you focus more on views over shares this year?
I don't know that we prioritize one or the other. A retweet of a tweet you know contributes to the amount of views a tweet. It’s a snowball effect on Twitter because the platform is open and public so tweets can really travel anywhere.

One might air on ESPN or be printed in the New York Times the next morning. Tweets are a distributed published entity, so that's why views are what we consider to be earned media.

After last year’s Super Bowl, Twitter revealed that there were fewer tweets focused on Super Bowl than the previous year. Do you expect the amount of views to rise or fall this year?
So actually the interesting thing was that last year's Super Bowl we saw conversations dip lower across like every platform due to the nature of the game. If you remember the game last year, the game was over by halftime. It was a blowout. The game was not close at all.

Unfortunately, we cannot predict whether the numbers will rise or fall this year. We are all dependent upon what happens in the game. If there’s a really great play or if Lady Gaga does something really noteworthy during halftime ...

Like if she has a Mariah Carey moment?
[Laughs] Yes, those are the things that are going to blow up. Some of the Hamilton cast will be singing "America the Beautiful. "That's another thing that's going to be happen that people will be talking about.

What are other things that brands can do to on the platform to stand out during the Super Bowl?
The game should be about execution not about planning. So I think it really comes down to preparation and, what I would call, preparing to be spontaneous.

The bigger the game, the bigger the spend. Get #SuperBowl fan insights ?? https://t.co/hsIzACpXvK pic.twitter.com/6hk8D7zMRS