Ever notice the secret initials in Little Caesars' toga? How about the many hockey sticks that make up Tim Horton's tartan merch?

You may not have heard of Turner Duckworth, but it would be weird if you’d never come across its work.

The design agency is credited with helping create some of the best known logos for the world’s biggest brands.

Its most famous is the Amazon A-Z smile -- a logo which was given the green light by CEO Jeff Bezos in one of the first concept presentations and hasn’t changed in the 20 years since.

Joanne Chan, CEO at Turner Duckworth, shared the tale of its Amazon triumph and other yarns for a good old fashioned Campaign US Q&A. 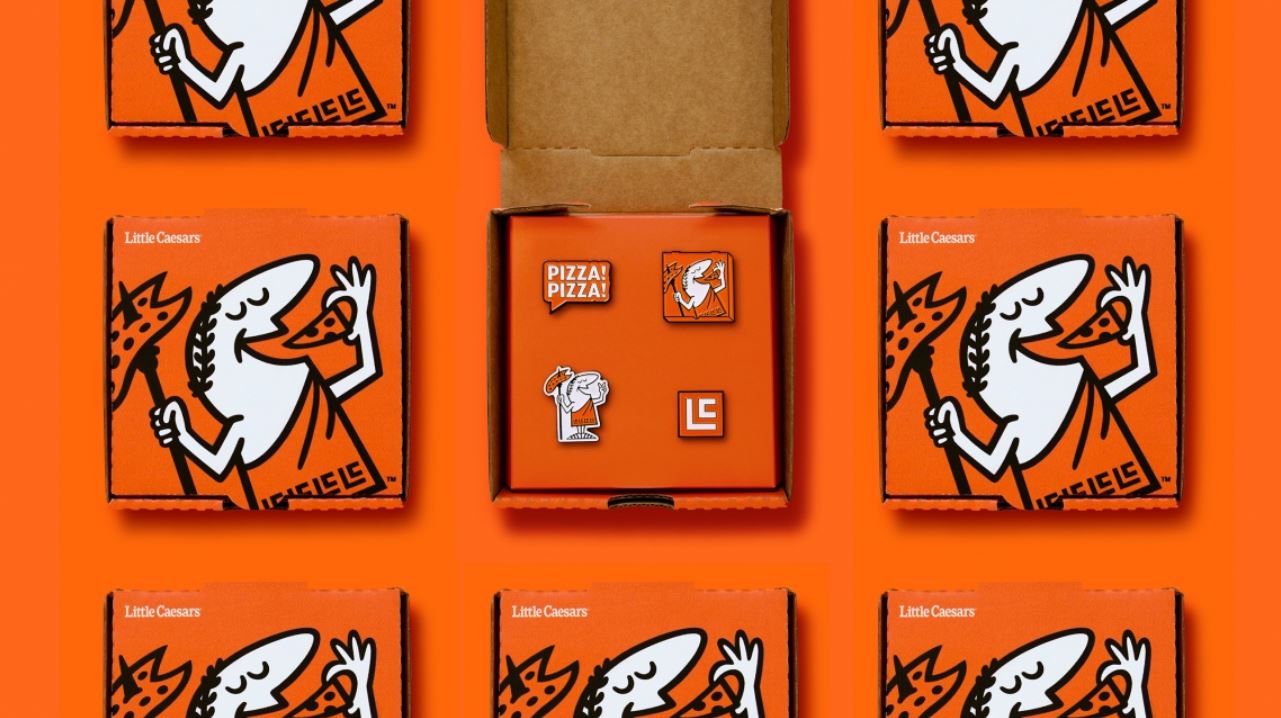 How did the Amazon logo come to life, and what other logos is Turner Duckworth proud to have designed?
The Amazon brief from Jeff Bezos was simple. At the time, he had just started to branch out from book-selling to sell CDs (remember those?), but his vision was to sell "everything under the sun" and he wanted the logo to communicate this. He equally didn’t want the logo to look dramatically different. Change everything, but change nothing. Easy, right?

The existing Amazon.com logo was in a generic font accompanied by an indistinctive, downturned yellow swoosh. Our idea was to turn that frown upside down, grinning with everything from A-Z.

That design was shown in the first concept presentation and Bezos loved it. We went away and developed it in tandem with another concept, although the smile was the clear winner.

After the development presentation, Jeff selected the smile "That’s great, that’s it!", to which his VP of marketing at the time responded: "Wait. Aren’t we going to research this first?" And he said: "Anyone who doesn’t like this logo, doesn’t like puppies!" And he laughed his booming laugh and walked out. To this day, almost 20 years later, the logo hasn’t changed.

You can find Easter eggs throughout much of our work. We lean toward wit and delight through simplicity and bold iconic design. There are often meanings hidden within the work -- just like the all-encompassing A to Z in the Amazon logo, which some people do not see to this day.

The Greek Key on Little Caesar's toga hem calls out the initials "LC." The plaid pattern throughout the Tim Horton’s identity is formed from hockey sticks. A pair of flip flops unite to reveal a refreshing bottle of Coca-Cola for the summer months. There is an opportunity in everything, no detail is ever left behind. 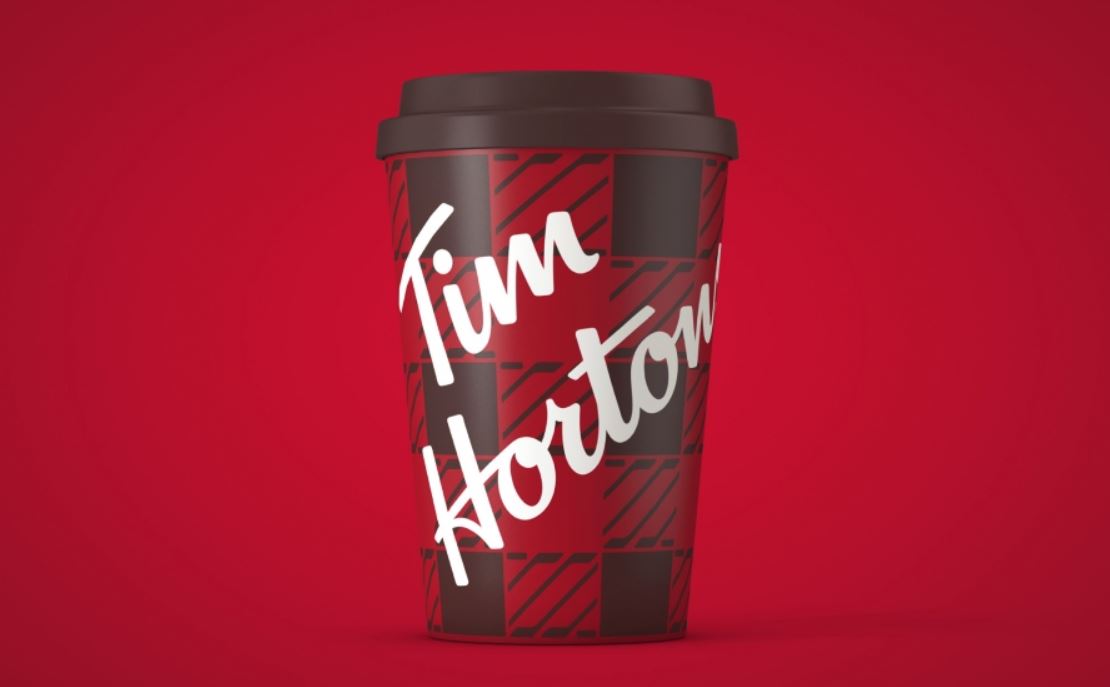 You must have a few horror stories up your sleeve. Please share.
The journey is rarely smooth but fortunately, we’re not the type to kiss-and-tell. Anyone who has never made a mistake clearly hasn’t tried anything new. It’s all a chance to learn.

We once designed a hang tag with gloss foil on matte card stock. The design featured a silhouette of the fashion designer’s portrait, which looked great on-screen and in the initial proofs. We sent a print consultant instead of a designer on the final press check -- big mistake.

The portrait translated into the unflattering appearance of an ape, no resemblance to the designer at all. We didn’t see the print samples until 100,000 hang tags were already on a boat to China. Probably the most costly mistake in our 27-year history and the last time that we didn’t personally attend a press check.

There have been times when clients brief us on VIS projects without bringing their CEO or CMO into the process. Several phases into the project and halfway into their budget spend, we learn that the CEO either didn't want to change the logo in the first place or didn't agree with the brief.

Worst case scenario, the client is made redundant and the project is over; best-case scenario, it’s back to the drawing board for us with an unhappy client who wants the rest of the project completed faster and cheaper. 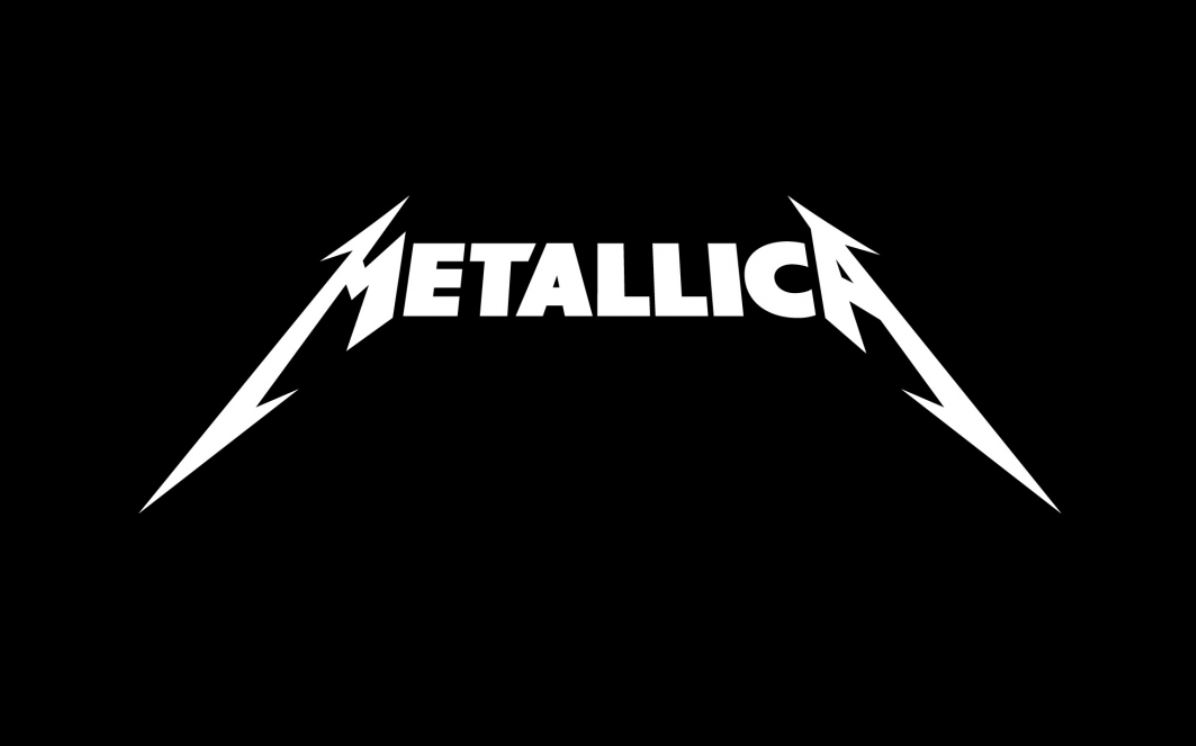 What do you find clients are asking for these days that they never used to?
A guarantee: Of course, we aim for success at every stage, on every project, but there’s just no way to make any promises.

Free work: As the lines blur between design and advertising, we’ve seen a rise in the expectation that we’ll deliver something for nothing. Design -- and in particular Visual Identity Systems -- don’t come to life in a flash. They require much more discovery, immersion, concept exploration and system proving than other design disciplines. We can't guess what a brand needs -- nor should we -- so expecting that we can rock up after two weeks, with a fully informed and appropriate creative solution is just unrealistic. 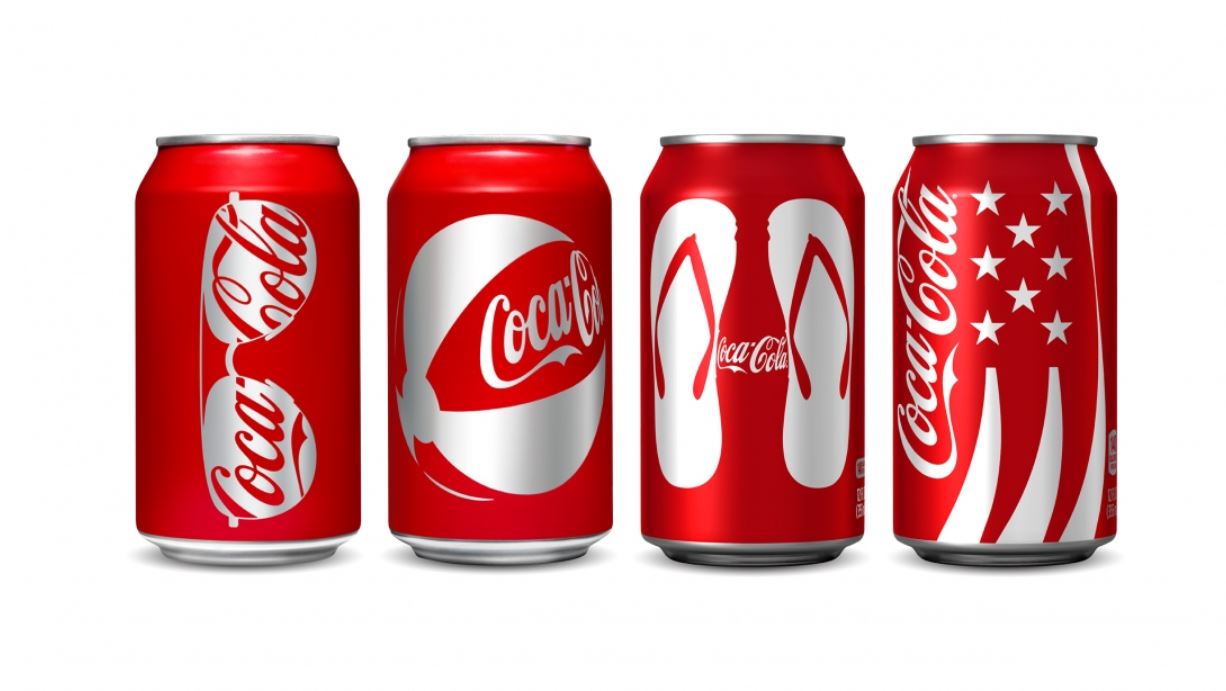 When brands talk about defining their logo, what are some of the major pitfalls they commonly encounter?
Trademark challenges: We still have original ideas every day, but that doesn’t guarantee that someone else hasn’t had a similarly executed idea somewhere else in the world, at some point in time.

Using research to make decisions: It should be used early to inform and at the end to validate. It has no business judging a beauty contest. 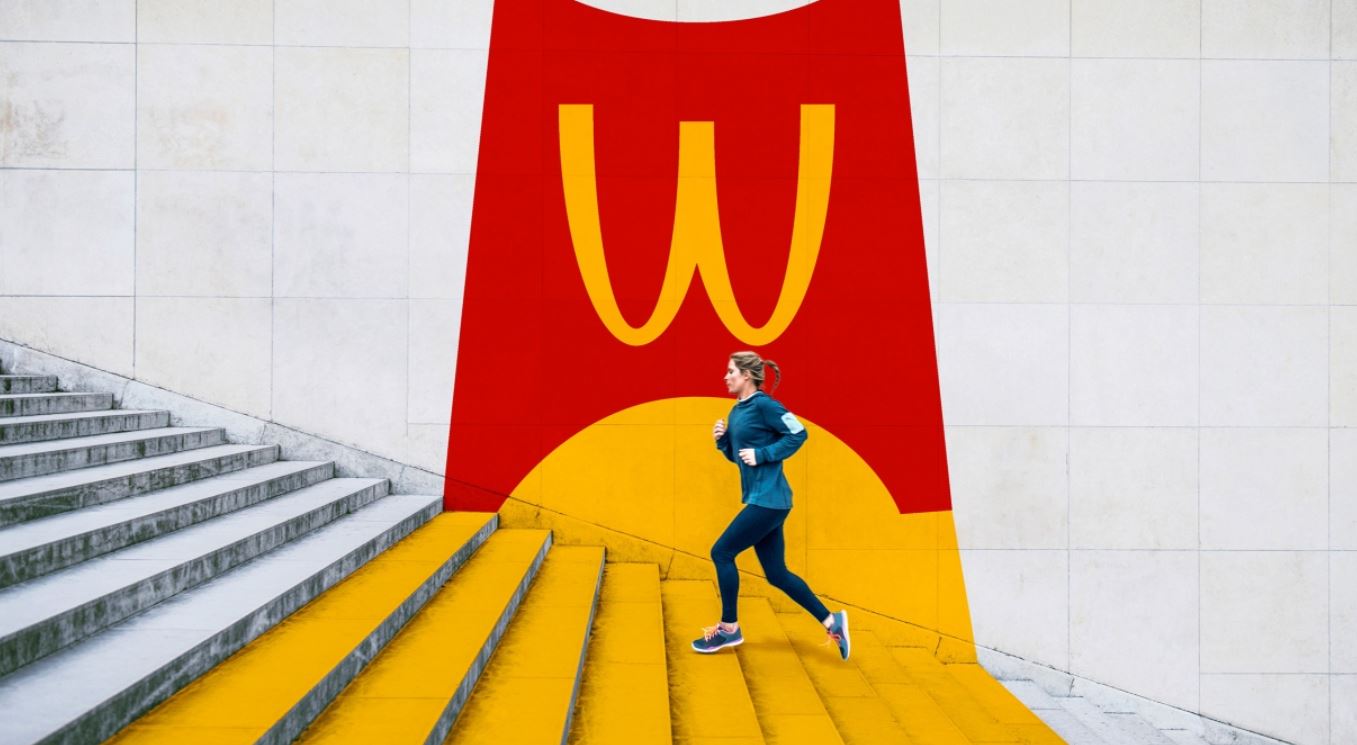 What are the ingredients that make the perfect branding?
Patience: On the part of the client, because these projects take time. We put all of our creative ideas through rigorous design testing (not research) to ensure that ideas can evolve into visual identity systems. On the part of our design teams, because the clients usually need to go through internal processes to socialize, accept, and prepare for significant change.

Collaboration: Both agency and client should have an openness to listen and really learn from one another. The best partnerships are those where both sides are open to pivoting for the good of the brand.

Maximal simplicity: All that you need and nothing more. If it doesn't add, take it away with confidence.

Talent: Our services are completely reliant upon having internally-trained, dedicated and happy employees. It should be obvious, but we’ll say it anyway: we’re only as good as our people. 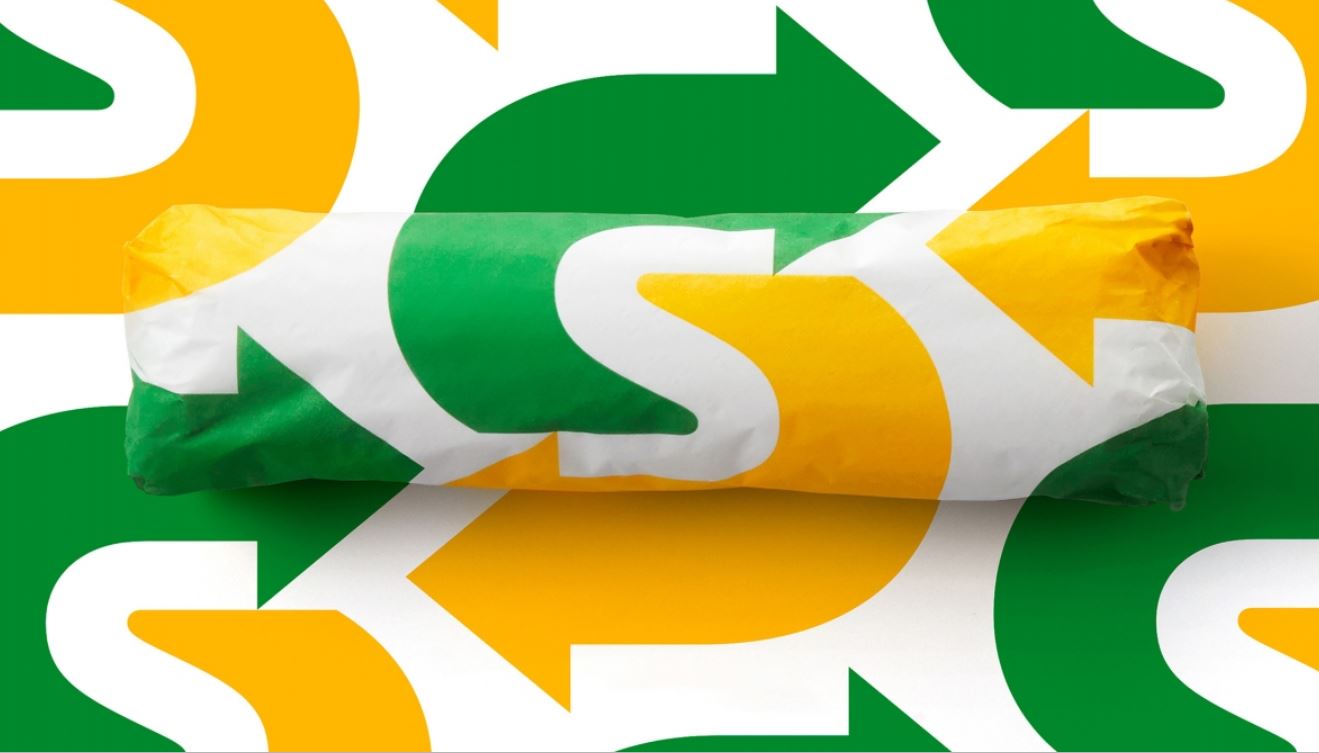 How do you strike a balance between simplicity and intriguing details?
We have a large and extensive cutting room floor. For every perfect idea that makes it, there are at least five great ones that don’t.

Our team also have an incredible passion in believing that things can always be better. Anything less isn't good enough. We believe relentless optimism can be a designer’s best virtue.

If it looks like hard work, we’re not working hard enough.

What makes Turner Duckworth so different from its competitors?
Something that has always set us apart is our unique company culture. Originally founded upon a transatlantic partnership, long-distance creative collaboration has been baked in to our design process for decades.

We have a virtual home called the "Duckpond." It’s a place where we have a constant exchange of ideas, news and life, across all of our studios. We also exchange designers between the three studios in month long swaps. This has developed Turner Duckworth into a truly global agency that works (and plays) daily, together.

Amazon's advertising sales growth levels off at $3.5B