Earlier this month, thousands of Delta Airlines passengers became stranded in airports nationwide due to a massive computer crash. Reebok saw an opportunity and leapt into action, surprising frustrated travelers with stress-reliving workouts.

Activations like this—nimble, playful and centered on self-betterment—are one of the reasons the Adidas-owned brand has bounced back after years of lagging sales. Determined to stand out from competitors like Nike and Under Armour, Reebok has lately reinvented itself as the brand for amateur athletes more interested in achieving peace and health than dominating a rival.

After replacing DDB with San Francisco-based Venables Bell & Partners in 2014, the brand redesigned its logo and started embracing less-competitive sports like yoga, dance and aerobics. Then, in January 2015, Reebok launched "Be More Human," a campaign that focuses on how fitness can transform the whole self—physically, mentally and socially.

So far, the change seems to be driving renewed sales. In the first quarter of 2016, Reebok sales increased by 6%, it’s 12th consecutive quarter of growth. And data company Engagement Labs found that Reebok is now the 4th most-talked-about apparel brand, just ahead of Under Armour.

Yan Martin, vice president of global brand communications, has been the driving force behind this vision of the brand for the past three years, and as a fitness junkie, he believes in the brand’s revamped mission. 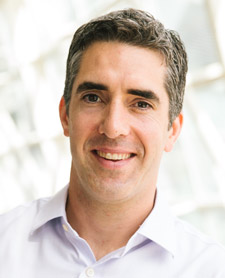 Martin spoke to Campaign US about the brand’s pivot, the Olympics and why he can’t picture himself working for a fast food company.

With the introduction of the "Be More Human" campaign, have you seen more engagement and sales from consumers?

Yes, all the ways we measure consumer engagement with the brand are going up around the world. We’ve had 12 consecutive quarters of growth, so we feel very confident that this message is resonating with our audience. Because we are doing a good job of connecting with consumers, and that translates into them making Reebok their brand of choice.

When the brand began to develop this campaign, Reebok chose to hire Venables & Partners. How do you define a good agency-client relationship?

It’s got to be a very transparent, honest and authentic one. From a relationship standpoint, we hired these guys because we can have a very robust discussion with them and make them part of our strategic process, and not just at the end. They create very purpose-driven, emotional advertising. What leads to that is having a great affinity for the culture of a company.

What is your general approach to creativity?

Creativity can’t just be there for the sake of creativity. It’s got to be there for the sake of bringing something to life that is unique. Creativity for me is all about how we can ignite people, ignite their passions, ignite their interest in something, allowing the unexpected to happen at the same time. I try to look outside of the usual way of doing things to stand out from the crowd, but in doing so I want to make sure that it generates an authentic positive reaction.

According to new data from Engagement Labs, Reebok is one of the top 10 apparel brands in terms of consumer conversation. How would you describe Reebok’s social strategy?

Our strategy is all about bringing the "Be More Human" campaign to a global audience. We invested a lot in being a brand that does more than push out images. We are a brand that works to proactively engage with our consumers in a more real way. We act that way by interacting with people a lot.

Go fast enough to get there, but slow enough to see the world around you! #BeMoreHuman pic.twitter.com/omdagofqx7

So the idea to surprise those Delta Airlines passengers is an example of that?

Absolutely. We believe there are no limitations for the territories where we can show what "Be More Human" is. The team was being helpful and considerate, exemplifying the message.

Reebok was not an Olympic sponsor. Did you attempt to participate in some other way?

We think it’s a very crowded space, but we still kept engaging with our audience by focusing on the human moments at the Olympics. The Olympics is a big moment for other sports brands because of the athletes, but our brand is more focused around the everyday person. So we took moments that happened and leveraged them, but our message was never going to come from a performance or athlete standpoint, so we weren’t worried about the IOC rules.

We try to align ourselves with partners that embody our core message, even those who are not in the sports world, since our brand is about more than physical training. For instance, Kendrick is using his art to reach people in the world around him and not just to sell records. So the ad strives to empower people, especially kids, to rise up against challenges and be their best self, like Kendrick.

We chose a partner like Ronda Rousey because we want to empower young girls to believe they don’t have to be perfect to feel like they can change the world.

Is this part of Reebok’s approach to stand out from competitors Nike and Under Armour?

Yes, our message is all about becoming a better person. We believe our biggest purpose is to drive people to be their absolute best on all levels, whereas other brands capitalize on the physical aspect of fitness.

How do you personally relate to the brand?

My personal lifestlye is very much focused around the brand. My family and I exercise on a daily basis and my habits are very healthy. I don’t believe I could ever work for a fast-food company because I don’t believe it leads to having a healthy and fit lifestyle. For me, I have to feel passionate and be at a company that supports what I believe in.

NBC's ratings for the 2016 Rio Olympics fail to impress