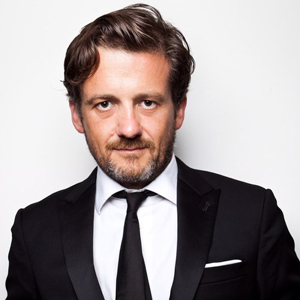 André, currently president international of TBWA\Worldwide, will take up the role on 18 September.

He will be in charge of talent management and recruitment, working directly with the four "solutions hubs" chief executives and their respective chief talent officers. Publicis announced a restructure of its business into solutions hubs across four disciplines at the end of 2015.

André will also be in charge of all Publicis Groupe learning, development programmes and group culture. He will be based in New York, join the company's management committee and report directly to Arthur Sadoun, chairman and chief executive of Publicis Groupe.

Sadoun said André's appointment was "critical" at a time when the company's staff need to embark on a "transformation journey".

He explained: "With [former chief executive] Maurice Lévy, we strongly believed it was essential to entrust this role to someone who knows our business inside out and understands the challenges our people are facing every day."

"Talent is the Groupe’s top priority and biggest asset.  Emmanuel will have an important role to play in all the initiatives that are building our Groupe culture while attracting, rewarding, retaining and training the best and most collaborative team in the industry to serve our clients even better than before."

André started his career at BDDP/TBWA in Paris as an account executive, later moving to new business and leading global accounts at the agency.

He became regional director Asia-Pacific at TBWA/Worldwide in 2006 and then worldwide operations director, based in New York, two years later. He was appointed as president international in 2015.

Why agencies must join forces to achieve sustainability