Protein World’s ads, which were banned in the UK over concerns about their weight loss claims, feature a slender bikini-clad model asking "Are You Beach Body Ready?" The ads currently plastering New York’s subway system arrived in May, apparently funded by the body-shaming outrage they caused overseas.

Over the weekend, a team from BBH New York temporarily defaced some of the posters in Union Square station, sticking soccer jerseys over the model’s so-called "bikini body" and adding stickers to make the ads read: "Are you World Cup ready?"

One of our teams showed these protein ads what real women are doing this wknd. #WorldCupReady http://t.co/shAcqeerQJ pic.twitter.com/EyvPy29joq

While the posters were returned to their original form, the images have been posted on a dedicated World Cup Ready site and circulated on social media, ahead of the Women’s World Cup final on Sunday, which saw the US team beat Japan 5-2.

"Women have better things to do than be beach body ready — like win the World Cup," Lannie Hartley and Alia Roberts, the BBH creatives behind the campaign, posted on the site.

"After realizing that the Women’s World Cup is a dramatically under-promoted event, we, two twenty-something girls, decided to change that ourselves by taking over Union Square and these over promoted, oppressive ads — and turn the attention away from women’s bodies and back to their abilities," they wrote.

In the UK, the posters were defaced, an online petition gained over 700,000 signatures and there was a protest in London. In the US, a Change.org petition has been set up calling for the ads to be removed,  but so far it has failed to attract as much attention.

BBH is not the first agency to poke fun at the ads, with several brands rolling out tweets mocking Protein World’s marketing, like beer brand Carlsberg's, asking: "Are you beer body ready? 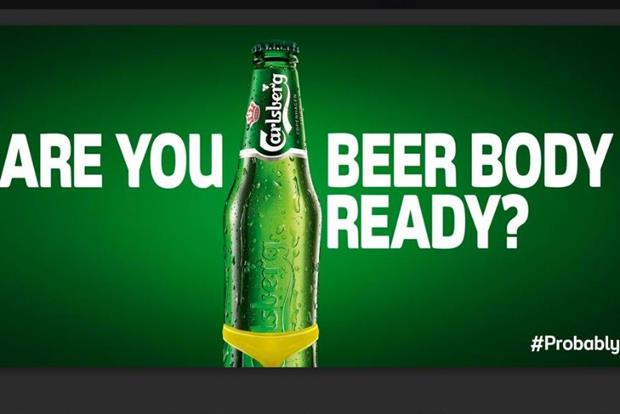 Is Kate Moss the brand ambassador to sell Kosé Decorté beyond Japan?