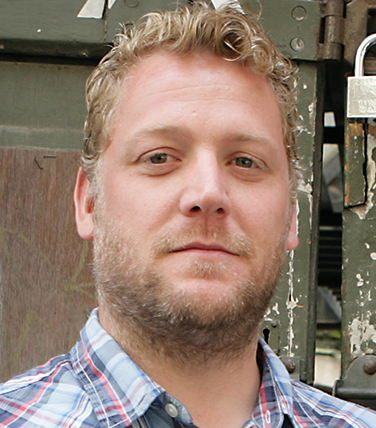 I've just been sent this month’s Private View and there’s a little bit of bumf up front about how to write the column. It reads: "Try to use colourful copy and to focus on reviewing the work itself rather than the people involved." OK. Best behave.

First, fuck you, David Kolbusz – and your disarmingly daft and gloriously written spot for something I never knew existed. This ad for Bulk Powders sucks you in within the first few seconds and lands a gag like an Anthony Joshua right-hand to the solar plexus. AJ’s well-oiled cameo had me hot-footing it down to Holland & Barrett to pick up a metric tonne of the stuff. Who knows where the campaign goes from here, but who cares.

With all the guns and tanks available, you’d expect any British Army campaign to blow some shit up. This work does exactly that by barely making a sound. Poised, gentle and bold, most of the spots feature zero music. Potential recruits are sophisticated, right? They don’t need music to guide them toward the relevant emotions. My adman gland starts twitching at the simplicity, but if I’m honest, the one with the music hit me right in the feely buttons.

Captain Birds Eye is back. This time he’s a 60-year-old bearded stallion. I’m excited. Maybe he is embarking on a new voyage to blow all previous iterations of the seafaring fishmonger out of the water. Unfortunately, his first cannonball doesn’t really hit. I also wish our fishy granddad wasn’t mute. If he’d uttered a heartfelt pearl of wisdom to his grandson, maybe we would all have fallen in love with him. Sorry, friends at Grey. I still love you all deeply.

I get "Go fun yourself", for Toyota Aygo, it makes me chuckle momentarily, and this spot sort of works – the bit at 27 seconds in, where our friendly drag queen, Stella Meltdown, tells us she works in publishing, is nicely played, but the link to the car feels a bit counterfeit. As a result, my enjoyment of the idea begins to unravel much like the character the glorious Stella is channelling.

I like the grade on the Trainline ad, the yellow cagoule woman delivers a good gag and it works hard in 40 seconds, but that’s about it. The pastiche is a bit tired. Sadly it came across like the Bourne film that Matt Damon wasn’t in.

The Guardian campaign is simple and lands its message, but like the white box slap-bang in the middle of the screen, I’m left feeling a bit empty. I’m educated, but not entertained and, given its ad heritage, I’d have loved more from a brand that’s easy to love. On the plus side, I first bumped into this campaign on Instagram, where it felt far more at home.

Next, on to Tinder. I love the wonderfully lacklustre voiceover. The cheeky keyboard in the background doesn’t sound like it really wants to be there either, but the whole thing hangs together with its seductively cute animation made by people who’ve clearly missed a few nights of passion to make it. It wafts through your eyes and ears like a breath of fresh air. I’m swiping right.

KFC presents Gravy Cocktails. Sounds hideous. Sounds excellent. Hang on, I should watch more than two seconds before judging. This set of square ads with a soundtrack from Whiplash and cues from the likes of Buzzfeed’s "Tasty" ads look pretty tight. Maybe gravy booze is worth a try. Whether or not this lodges itself in Britain’s tastebuds is almost irrelevant; KFC is now lodged in the back of my head.

Aardman has teamed up with the NSPCC’s in-house folk to rustle up some of its trademark simplicity in an animated game to educate kids that their "privates are privates". It’s an important message and the Bugsy Malone-style soundtrack will embed itself not only into the minds of six-year-olds, but also every living human’s ears within a 60-mile radius.

There is something else brown and delicious to devour, though, this time in the form of a change of direction for Cadbury. Isn’t it good? Not a single wasted frame. Casting, acting, timing all on point. Especially the shopkeeper’s internal emotional wrestle when he’s faced with his "Should I, shouldn’t I?" dilemma. Ad of the year so far. 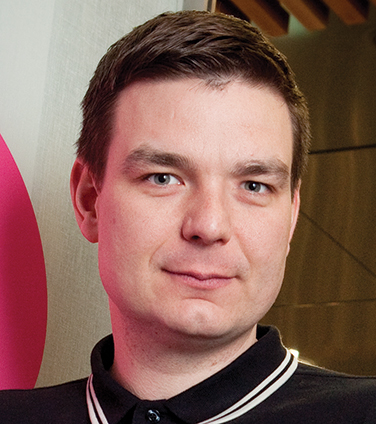 Drag queens, Muslim soldiers, sex cartoons, animal-fat cocktails and Anthony Joshua. No, not my best Friday night evah, but the contents of this month’s Private View Jiffy bag. It’s 2018, so let’s try to get through this without getting fired for saying something we shouldn’t, shall we? OK.

First up, the British Army, with the next instalment of its "This is belonging" campaign. I’m torn on this one. They’re beautifully captured films, with the kind of sensitive handling you’d expect from the directors. But I just don’t like the thought, I’m afraid. Perhaps I’m being overly sensitive, but there’s something about coaxing lads off council estates on the promise of feeling wanted for once in their lives that makes me feel a little bit sad.

On to clandestine manoeuvres of another kind. Some people criticise Tinder for killing romance and reducing human courtship to nothing more than a shallow electronic meat market. Not me. Because I’ve just watched Tinder’s animated film and now I’m up to speed on the TRUTH. See, it turns out that we humans had been corralled into a cul-de-sac of courtship convention by various societal norms, including arranged marriages, cross-era drawbridges and a smorgasbord of angry clergymen (watch the film, it explains everything better than I ever could). Thankfully, Tinder has liberated us from this oppression, allowing us to stand nude in front of open windows and arrange casual bunk-ups with all and sundry at the swipe of a thumb. Points for overclaim (and nice animation) if nothing else.

Next up, Trainline, with a spot entitled "Wonderfully predictable". I think they call that nominative determinism.

Alan Partridge famously said: "Mousse from a bowl is very nice, but to put it on a person is demented." You could swap the word "mousse" in the above quote for "KFC gravy" and the words "on a person" with "in a series of cocktails" and you would, not very succinctly, sum up my feelings on the latest online videos from KFC.

"Captain Birds Eye gets a facelift in Birds Eye’s new ad campaign." So read the Campaign website’s introductory paragraph to this new TV ad. Imagine my disappointment when the work featured the aforementioned seafarer jumping off a boat rather than going under the knife in a Harley Street clinic, in a vain attempt to curry favour with a younger, more Insta-friendly demographic. In other news, Captain B is now a grandad, so you can relax and enjoy your breaded fish digits, safe in the knowledge that he was actually allowed to be hanging around those kids all along.

Toyota Aygo has given "four prominent UK drag queens" its cars to do with as they wish. All based on an endline that invites you to "go your own way". Fair enough. I’d have quite liked the work to have pushed it a bit, though, so it was only accessible through a microsite on the dark web, or somewhere equally unsettling.

The Guardian has launched a tabloid edition with a series of ads that would be perfectly good if they were for any other paper. But when you’ve produced a body of historical creative work that’s as good as the work that’s been done for this one, you can’t do anything that’s less than brilliant. Tough brief.

Next up, we have the NSPCC and "Playtime with Pantosaurus". It’s an app, created in conjunction with Aardman, that uses a series of fun games to teach little kids about staying safe. I have a five-year-old and a three-year-old, and I loved it. It’s daft, fun, sweet and important. I hope it does really well. If you have little kids, download it, make them play it, and share it.

And lastly, to a series of online films for Bulk Powders. I thought it was a bit weird that I wasn’t asked to review its excellent launch spot featuring the car salesman with a poor grip on his internal monologue. But these didn’t disappoint – strong performances from the assembled "celebs" and funny scripts that sit comfortably within the rapidly building canon of brilliantly written work that Kolbusz and co are coming out with on a seemingly weekly basis.

British Army "This is belonging 2018" by Karmarama

Toyota Aygo "Go your own way" by The & Partnership

Tinder "Invention of together" by Tinder and Buck