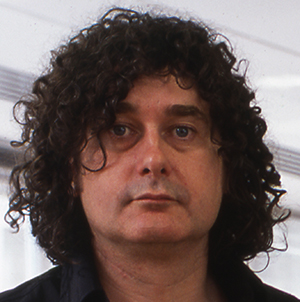 Tom Hardy. He’s mean. He’s moody. He’s mumbling munificence in the name of SKY MOBILE. He’s mulling metaphorically over a sugar bowl in a bistro. He’s pocketing a pile of purloined sugar lumps and roaming into the gloamin’. But he’s not taking me with him. For while I’ll readily admit he’s capable of evoking an involuntary wide-on in every female lady human I know, his world-weary, peaky demeanour does little to flog me his massive data rollover package. He’s just another gun-for-hire famous person telling me what to do. Bane of my life.

There’s a dirty open secret at the heart of every bed advert: everybody’s scared sheetless. Clients can never depict a bed actually functioning as a bed, for fear the duvet may obscure the blessed product. So actors always appear bizarrely asleep on bare beds. Which is bonkers. Counterintuitively, actors must always be clothed from head to toe in fleecey jim-jams, lest we catch a glimpse of their bare bollocks, breasts or bums. Which is disappointing. The new DREAMS commercial fails to crack this snoozebik cube of a problem. No sheets, Sherlock.

In the trailer for UKTV’s Taskmaster, former ad student, madcap Noel Fielding is tasked with fashioning an old-fashioned advertising billboard (remember them? Me neither) to sell the show. Worryingly, we’re promised some "oddball results". Primary among them seems to be the discovery that as an art director, Noel Fielding would make a great bricklayer. Our loss really was comedy’s gain.

We join HIGHWAYS ENGLAND aboard Adland Airlines’ oversubscribed flight direct to Familiar Comedic Scenario. (We’ve all been there.) The normally reassuring voice of Your Captain is speaking, cheerily terrifying his passengers with a slapdash and unsafe safety announcement. With that, they all skedaddle, leaving Mr Voiceover to make the tenuous link to checking the oil in your car or something. It was so-so. But at least the passengers got to "deplane" themselves. As opposed to being dragged down the aisle, bloodied faces slap-dashing off the armrests all the way back to Departures.

"You want to go WHERE?!" barked the WAITROSE client.

"Erm… to the Maldives?" trembled the deputy immersive team leader. "You said every Waitrose tuna was individually hand-line-caught, treated as a pet, given a quirky nickname, then smashed on the head by local herberts and flown to Bracknell."

"But we’re filming underwater. In the round. Spherical. With omnidirectional cameras. In 360."

"My daughter showed me 360 last Wednesday. It’ll be old hat by now."

"No, this is different. Our cameras go up to 361. Gives the film an extra push."

"Does that mean it’s rounder?"

"OK, Dave. I’m IN. Book the flights. Economy, obvs. Oh, and while I’ve got you, can we talk about that endline? It’s rubbish." 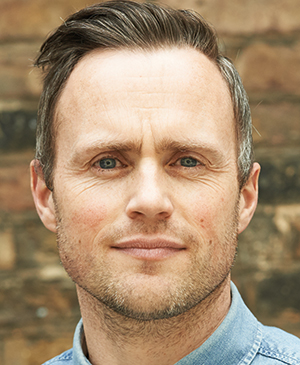 I plop two pound coins into an upturned spray mount lid. Close my eyes and delve into the crinkly Greggs bag. I rummage about a bit. Give off the vague impression that I know what I’m doing and pull out three morsels. I disregard the first – that’s just a puff of pastry flake from the intern’s lunch. I decouple the other two folded-up scraps of Evening Standard newsprint. Discard one. And unfurl the other’s beautifully shit origami. What do I get? Doctor Harper.

Meant nothing to me either. It’s 50-1, it’s the Grand National and it’s sweepstake time in the office. Time for me to get dealt another dud. It happens every year.

In fact, it happened just an hour before too. I delved into my inbox (eyes not closed), pulled out the email from Campaign. Disentangled the five selects for Private View. What did I get? Duds, the lot of them. A worse bunch you will struggle to find.

This is the knacker’s yard of advertisements. We all have to do this sort of thing every now and again. Problem is, it’s becoming all too familiar. The bar’s getting lower and this lot are seriously supple and limbo-ing way under it.

It’s no coincidence they’re all 30-second TV ads too. This format has lost all respect within the industry. So much so that agencies all too often fail to see the 30-second TV ad as an opportunity. A bit like the way radio gets treated.

This lot of 30s are bland fodder, fed by the lowest common denominator. Intended to fit in, not stand out; designed to be safe, not challenging. They take pride in being camouflage: "If I stand out, then I’m there to be judged!" Heaven forbid! It’s not what we came into the industry for.

There’s a fish-eye view of a trawler from Waitrose. Said eye view is not long after seared on a griddle. It’s formulaic and expected, ticks boxes. There’s been much better work in this campaign.

Taskmaster is cheaply done and looks it. It’s first-thought stuff, which would be fine if it were executed with some verve – except it’s not. It’s entirely missable.

Dreams is talking about care. Some has gone into making it. It’s just completely dull. Until Caroline Quentin bellows the endline and rudely wakes everyone from their slumber.

Highways England uses the old "you wouldn’t do it here – so why do it there" formula. It’s tried and tested so it got approved. I once had a client who rejected tons of work and only bought something because he’d seen something similar before. "It’s proof that it works," he said excitedly. It ended in tears. Mine, not his.

CBeebies Bedtime Stories’ Tom Hardy is in a café for Sky Mobile. He doesn’t speak, probably because
no-one can understand a word he bloody says any more. So he silently steals sugar lumps instead. They’re metaphorical. Whatever they are, maybe if he’d fed them to Doctor Harper he might have stood a chance at Aintree. Or is processed sugar off the menu for equines too these days?

Dreams "That's what Dreams are made of" by M&C Saatchi