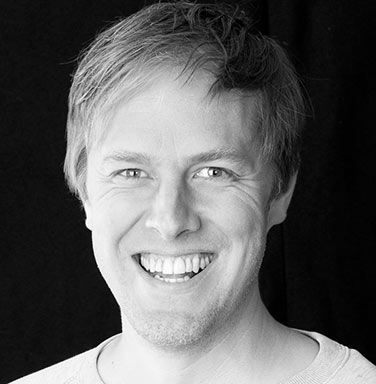 I hate most of what this industry makes. But I also hate making people who’ve done their best to make good stuff feel sad. So I was really nervous about doing this. Thankfully, I liked most of this month’s haul.

But it’s difficult to compare work like this. The shape, intent and desired effects are so varied. And the way in which I’m experiencing this work – through links on the Campaign website – is totally different from how an average Josephine or Joe will see it. I’m sitting here looking at it with critical eyes. Almost actually caring that it exists. When in the real world most of it will be skimmed past in a newsfeed. Or barely registered out of the corner of an eye while doing three other things.

That’s the only thing that bothers me about the nicely written, well-performed and witty ads for Secret Escapes. I love the premise; the "I shouldn’t be here either" thing is cute and it’s a strong campaign thought. But these shaggy-dog stories need to be bloody amazing to keep us focused on them for a minute and a half. Are these good enough? Or will people end up reaching for some urgent Instagrammage after 40 seconds and miss the point? I don’t know.

"We are family" for McCain is Adam & Eve/DDB doing that thing it does so well. Well crafted, heart-warming and spiritually uplifting – for bloody oven chips! Even tempts a dark-hearted sod like me to believe in humankind again.

Always’ "Keep going" attempts something similarly positive. But I’m afraid it didn’t grab me. The sentiment is fab, and I wanted to care more (for the sake of my daughters and the rest of humankind). Am I holding this to unfairly high standards because the original "#LikeAGirl" was so great? Probably.

When it comes to tricky follow-ups, it can’t be much more pressured than launching The Great British Bake Off 2.0. In my humble opinion, 4Creative totally iced this. One of my favourite bits of film so far this year. So sweet, so joyful, and kicks the rebooted show off from a fresh new place. My kids saw it this morning and said: "Dad, we wish you’d made this one." So do I.

Now on to some bits of work that are differently shaped.

First, the quite brilliant Ikea Game of Thrones rug hack. Very clever. Very shareable. Very neat. What it does for Ikea, and for how long, I’m not sure. But when it’s this perfectly simple, I don’t really care.

Second, the "Vice experiences" work for Airbnb. Great use of partnership. Smart, and a solid way to show off Airbnb trips to the kind of audience that’ll lap them up.

And then the KFC "Southern legends" thing. Looking at the ad in isolation doesn’t seem right. I suspect that this ad isn’t the "centre of gravity" for this campaign. It’s the bands, the gigs and the live streaming (and all that good stuff) that makes this idea interesting.

I find it similarly tricky to comment on the Toyota Safe & Sound app. The ambition is good. And it’s nice they’ve taken it to a quirky place. But who is this work actually aimed at? Do they actually want people to download and use the app? I hope it’s not made for the people who award Golden Gonks to people with well-meaning ideas in advertising.

They’ve done a nice job on the app. But it’s a fiddly process that requires both parent and kid to have an Android phone. Currently there are only 50-100 installs showing in the Google Play store, which isn’t enough to save lives or change the fortunes of Toyota. I hope I’m just seeing this in its early stages and in years to come a fear of Queen’s Greatest Hits will keep young drivers on the straight and narrow.

Two campaigns I’m not going to say too much about. First, the Honda spot. It is pretty decent, but I’m contractually obliged not to say that (we’re friendly rivals with Mcgarrybowen over the Honda business). And, second, it’d be unfair to comment on the work W&K just launched for Nike. Getting the opportunity to celebrate the astonishing career of Sir Mo Farah is obviously a huge honour and privilege. We hope we did Mo proud. Go Mo! 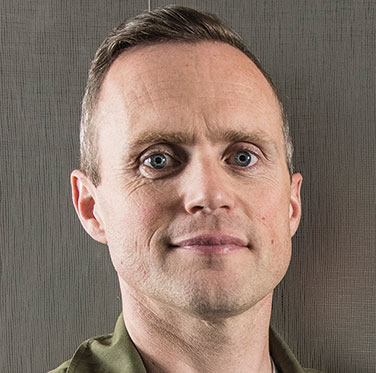 I've never been so popular. Forget that. I’ve never actually been popular. But suddenly everyone wants to know how I’m feeling. Which is terribly nice. Problem is, it’s not a question I’m any good at answering. All I’ve done is give up one big job to go and do another one. But, under the circumstances, even I know it’s a pretty fair question. So, how am I feeling?

Happy-scared. If happy-sad was good enough for The Cure, then happy-scared is good enough for me. I’ve never felt so happy-scared. And in my new agency we will be chasing the advertising crack. The addiction, the buzz, the pursuit of the ultimate feeling of an agency when it’s flying, bristling with confidence, an unstoppable force of nature.

But what is the magic dust that gives all great agencies their supreme power? Momentum. Getting it is the problem. It comes from two things – our people and our product. It’s self-fulfilling. The people create the culture, the culture creates the work, the work creates the momentum, the momentum feeds back to the people… it’s a crack snowball.

So, I’m looking at the work as if it’s day one in my new agency and we’re trying to kick off a little snowball of momentum. A little something to make the staff brim with pride, the industry mutter with jealousy, the media buzz with gossip and normal people bat a solitary eyelid.

First are two ads promoting promotions. For me, the promotions aren’t good enough in the first place. KFC has bands from the South gigging in the UK. And Airbnb has got Vice to curate some unexpected trips. The problem is, one’s erotica in Paris and the other’s vogueing in New York – not very unexpected. The result is work that’s just not memorable or disruptive enough. Sorry, no snowballs.

How do you top Always’ ‘#LikeAGirl"? Sadly, the answer is you don’t. You do one of these. It has none of the edge or verve of the first film, which was all about the empowerment of a negative that was relevant only to that audience. This new insight about embracing failure as a way to progress is true for everyone, not just pubescent girls. The result is a more expected manifesto film and that, I’m afraid, is not enough to get a snowball going.

Craft really saves the day with Honda. There’s only an executional idea, but it is a fresh and good one. It’s a spectacle to watch. And Nike’s homage to Mo Farah, too, is brilliantly put together with some great touches. Both are definitely capable of generating a small ball of positive internal momentum.

So too is the work from McCain. In truth, it’s the ad that many a marketing manager has been dying to make but scared themselves out of. So well done client and agency for doing it and doing it well. Now it’s been done, sadly it’ll give reassurance for others to follow.

Boom! This will get the snowball growing – it’s the launch of The Great British Bake Off. Tonally it’s bang-on for the audience. It’s a delightful and charming film that knocks into orbit anything the BBC did for the show. Oh – and the announcer at the end with his mouth full of cake… smashing. Well played, 4Creative.

Secret Escapes has pulled off another snowball of momentum with this impeccable misdirect. The confidence of the pacing, execution and performances lift it to something we really don’t see enough of. I wish I also had Droga5’s majestic Kwiff campaign to review. Those two! In a week! Avalanche alert!

This is awkward – it’s Toyota. You’re not supposed to review your own work. Excuse me while I leave the room and let the person on the other page applaud this little snowball.

On a smaller scale, but still snowball-worthy, is the work from Ikea. You have to admire the quick tactical responses of this agency. First, it was the Balenciaga bag (great snowball). Now, it’s the turn of the Night’s Watch from Game Of Thrones – their capes are made from Ikea rugs, didn’t you know. Relevant, populist and fun.

Now, how am I feeling? Happy-relieved. There’s hope out there and hope brings momentum. I’m off to try to make little snowballs myself, while you all turn yours into huge snowmen.

McCain "We are family" by Adam & Eve/DDB