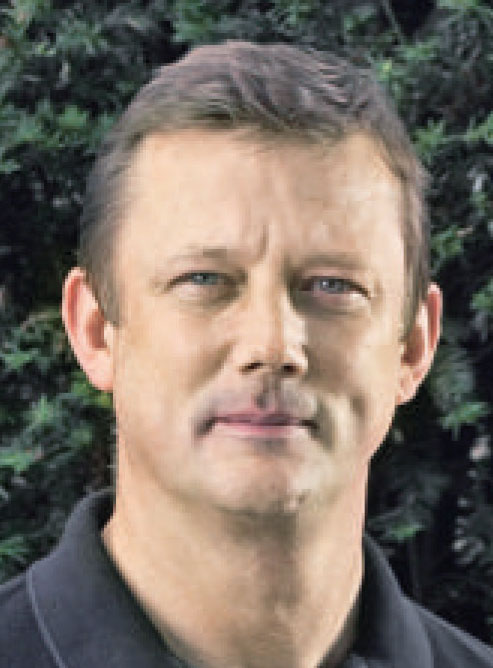 Welcome to this week’s Crimewatch and, first of all, I’d like to tell you about a robbery. It was a smash-and-grab incident involving the Paddy Power business. The incumbent agency was happy creating distinctive, award-winning work when it was beaten around the head and had the business taken away from it. To add insult to injury, the new agency is now producing very similar work, which will probably continue to win awards. Anyway, this poster is as controversial as it gets: gay weddings mixed with paramilitary activities. Myself, I’m not sure I’d fancy taking on the IRA. But, yes, I think this one lives up to the usual standard.

Next in the dock is Mumsnet or, should I say, Vodafone – or is it an ad for the emergency services or an epilepsy charity? This is an interest film featuring a real 999 call from a young child. Presumably on a land line. The sound is complemented by some emotive images of family life. Thankfully, it all ends well but I’m left wondering what the point of it was or, actually, who it’s for. It’s an idea looking for a client and seems to have found four.

Next up is a two-minute film for Skip laundry products. It features a group of dancers on a limbo set. It’s very polished and has an interactive element that allows you to change the clothes on the dancers. You can do this whenever you like and as often as you like. There’s even an underwear version. It uses a similar technique to the recent Honda Civic Type-R ad. It says a lot about the pace of technology change that this already seems not that impressive. Two minutes is too long for this film and the laundry tips seem pretty basic too. But this is for a soap powder, so they deserve some credit for bringing something interesting to a category that rarely sees it.

Next up we have Skyr from Arla Foods. It’s a high-protein, low-fat Icelandic yoghurt. This is a gentle, funny, 90-second film about a determined boy who delivers messages all over town in all kinds of conditions. Amusingly, the messages are inappropriately trivial or serious. My favourite is when he battles through a blizzard to tell someone their trousers are ready for collection. The idea is that he can do this all because of the nutritional value of new Skyr yoghurt. It seems very confident, or very naïve, to launch a product such as this with a 90-second TV ad where the product only appears after 82 seconds. It’s a lovely piece of storytelling, so no surprises that it was directed by Dougal Wilson. I really hope this ad works.

Next are two nicely written little films for The Guardian that probably didn’t cost too much to make. The first one features two couples in a kitchen. The two nerdy husbands are completely bored and socially inept as their wives gossip away about their mutual interests. It’s directed with only three shots for the whole story so it neatly fits 30 seconds. It’s simple but manages to get over the personality of the paper and teases you as to what’s inside. It’s a welcome relief from all the high-energy, grab-life-with-both-hands, cliché-ridden approaches we have seen on this kind of brief.

The other film tells the sad story of a husband dutifully supporting his wife on a not-so-fun fun run. It’s fairly amusing and puts two fingers up at all those marketers who say never dramatise the negative. But the question is: are these ads guilty of being sexist?

If there’s one thing I hate, it’s committing an opinion to paper. Things change so fast that whatever you say today will be outdated tomorrow. Today’s news – tomorrow’s fish paper, and all that. And, of course, anything I slag off is bound to clean up at Cannes.

So, taking inspiration from the general election, I’ve decided to write this piece like a political manifesto: staying firmly on the fence with words that make me seem right whatever the outcome.

My dad is Irish, which, for the non-mathematicians out there, makes me half-Irish. My Irish half isn’t that keen on the Paddy Power ad. Using the IRA slogan and balaclavas seems a bit of a cheap shot at Republicanism. My other half is English and doesn’t care. We all know Paddy Power likes to cause mischief and tries to get a reaction. Shockvertising works, I suppose, (although the most shocking thing about this ad is the low odds on a "yes" vote).

I used to be a person who bought The Guardian in post-tree format. Every weekend, I’d trot out to the newsagent, buy the paper, take it home, put it on the table and leave it there all week while I read the online version. It seems to me that the paper faces a massive shift in its business, which isn’t going to be addressed by poking gentle fun at the type of long-suffering husbands who seem to have come straight from a 70s sitcom. On the other hand, they are well-written with a simple insight that is funny and relatable. And if you are the kind of sap who needs someone to tell you what to do at the weekend, it may as well be The Guardian.

A great emotional ad for the British Red Cross that pulls at the heartstrings very effectively. However, it’s a very strange ad for Mumsnet that left me more confused than usual.

In the first few seconds of the Skyr ad, I was reminded of the brilliant Berlitz ad where the German coastguard says: "What are you sinking about?" A few seconds later, I was reminded of the original Collett Dickenson Pearce Hovis ad. Both are great examples of brand advertising on TV, and this ad follows that tradition well. It’s nicely executed and humorous. Warm, despite its cold location.

At this point in the view, though, I was beginning to despair. Where is all the great digital work? Everything so far had been TV or print. Be careful what you wish for.

Skip is the kind of digital advertising that I hoped agencies would have stopped making by now. It’s interactive because it can be, not because it needs to be. Why would anyone looking for a detergent want or need to use an interactive ad where women are dancing in different outfits? Why would you need the dancers to change outfits? Why would the users only be washing young women’s clothes? Where are the men or the children?

On the other hand, it’s very slickly executed, looks absolutely fantastic and is sure to clean up at the awards. Bravo!

The Guardian "own your weekend or someone else will" by BBH