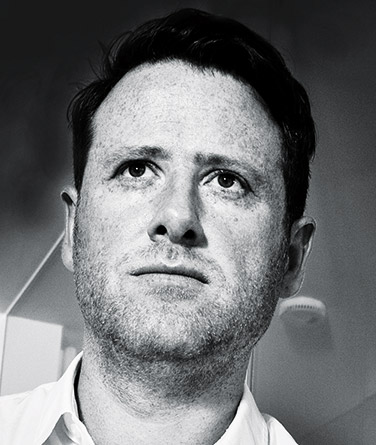 If you recorded every one of the computations a super computer performs in a single second and read them out loud, it would take you almost 20 minutes. However, if you were to read out one second of every human computation – conscious and sub-conscious – it would take you 15 billion years.

AI might be the big daddy on PR campus, but it’s heartening to know us humans are still a gazillion gazillion times more powerful than anything currently available at Currys.

It was this very fact that coloured my review of this month’s work. If a 60-second spot requires 900 billion years to explain everything that happens inside the viewer, then it begs the question: are these ads worth the time?

Let’s start the clock with Virgin Media. I’m around 615 billion years into this ad when the vicar gag drops. I’d say it was just about worth it. The whole thing is well told, pulling you through with nice details and touches. The only quibble is a small gang of my synapses caught a slight whiff of Nike’s "Nothing beats a Londoner".

Karma Cola. It took me three billion years to instantly love the endline. But the ads themselves didn’t deliver the desired rabbit punch. I’d very much like the tone to be less Beano and more knackers-out TVGoHome.

Pride in London. Sadly in an increasingly intolerant world, messages like this are needed more than ever. The print is strong and I found the film almost powerful; I say "almost" because, on a couple of occasions, the performances and dialogue broke its spell.

Direct Line. Sponsorship bumpers have a tried-and-tested formula, which these deliver with aplomb. I suppose the gags need well-known classics to be clear. I just hope Film on 4 isn’t fighting Netflix with films I last saw after skipping back from Blockbuster listening to Huey Lewis and the News on my Sony Discman.

Channel 4. This promo is exactly what I’d expect. Yet the people involved look exactly the sort to do what you least expect. A glimpse behind the performance aspect of their personalities might broaden the appeal of Drag SOS without losing the audience this promo attracts.

Uber Eats. The sponsorship formula again. But these ones around Love Island are sneaky. Bumpers are a useful tool to help fast forward the ad break. Volvo’s bumpers for Game of Thrones are exhibit A. They are distinctly not Game of Thrones, increasing the success rate of stopping right on the programme. Uber Eat’s bumpers, however, deploy the Flack – so in your x30 frenzy you’d be forgiven for stopping on the bumper, thinking it’s more Flack time. And this is the exact excuse I shall parley to the wife.

British Gas. The set-up felt very familiar – I had this overwhelming sense of Dove come over me. But the stories unfurled with some very good editing and use of sound, turning into something quite moving.

Grenfell United. The last ad projection I can remember was Gail Porter’s arse on the Houses of Parliament for FHM. Social commentary 20 years too soon. With these Grenfell projections, we have the perfect marriage of media and creative. Form follows function. Powerful and poignant. With a big sense of what the fuck is going on with these arses in Parliament?

Nike. At the time of writing, England are about to go up against the yanks in the World Cup semi-final, so I can’t be anything but swept up by these. The framing indicates they were shot specifically for social, which gives them an authentic feel rather than a sense of being just second-hand cut-downs of a glossy TV ad. Not a bad analogy for the woman’s game: it’s not a cut-down or resizing of the men’s game but its own glorious thing.

Walkers. To pick up on the conceit I left hanging a millennium ago, I reckon it would take the expansion and contraction of a billion universes before I’d even begin to understand how to summarise my feelings on watching this. It’s a mix of nostalgia, awkwardness, disbelief, dread that the Spice Girls are still at it 20-odd years on with a gag of the same age for a very pert bag of crisps, plus a realisation that, in all that time, I’m still watching and reviewing ads. And I enjoyed it. Such is the machine. 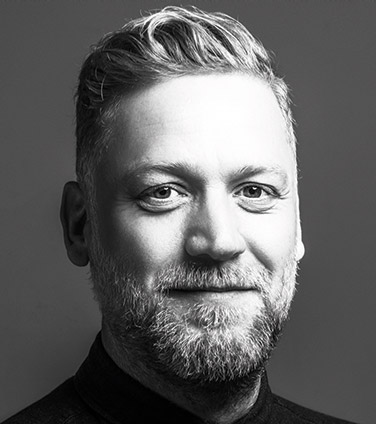 So we’re back from Cannes. Burger King’s "Whopper detour", a brilliant promo, won three Grands Prix. I loved it but found myself asking if we just handed out a seventh of the world’s highest creative accolades to a cheeky stunt.

The best ideas are the ones that change the way the world outside adland thinks, not just the way adland thinks. The stuff that can live and last. Libresse is changing things with "Viva la vulva". Snickers’ "YNYWYH" and Amazon’s "Good shows stay with you" keep getting better. Such big thoughts improve our creative climate over a sustained period. As much as I adore the Burger King execution, I wonder whether it’s the equivalent of a single-use plastic fork. What’s left after its short shelf life? Is fast marketing OK or is it fuelling our addiction to one-off gong magnets?

So what’s in this month’s satchel – great one-offs, long-life ads or landfill?

Virgin Media’s new thing sets out its stall. It’s very good looking. I’m enjoying nodding along with the priest. Priests are in fashion (thanks to Fleabag). "Unlimiting" has pitch-winning wallop and is a good trump card in future presentations: "Well Brenda, WE really like the priest in arseless leather chaps! It’s unlimiting." No plastic forks here. Nicely done Adam & Eve/DDB.

"Pride Jubilee" for Pride in London is a cracking way to sum up Stonewall 50 years on. Language that should stick like the "e" on the end of the word "glue". I felt it in my bones. Plenty of emotional wealth for what I’m imagining was a tight budget. Hats off to what this stands for and to all who put it together. Definitely a positive contributor.

A clutch of social-meme-friendly comic strips from Wonderhood Studios for Karma Cola. The thought reminded me of Droga5’s "Asshole" spot so it’s in good company. Here’s to it lasting and encouraging people to buy more glass bottles so the agency can afford to inject some more fizz into the thought.

Direct Line. Idents aren’t easy but, if you’ve got a simple idea like this, they are. Didn’t really need to watch any of it to like the thought. The kind of thing that makes creative directors say: "Yep, crack on." Should live a good life with zero negative impact.

I can’t watch DIY SOS without crying. This trailer for Drag SOS from Channel 4’s in-house loons makes me think it could well make the nation’s eyes leak with laughter. All right, it’s a brief you shouldn’t be able to fuck up, but the queen on the rock in wellies, Liz’s singing mug and the gentlewoman scoffing chips in a gold dress are chortle-worthy. More drag queens on primetime telly, in any form, is a marvellous thing. Long Live the Queens.

Uber Eats. Never watched Love Island so this is lost on me. #Hungryforloveisland is decent enough but these felt a bit tired. This might be plastic. Sorry to whoever made it.

Grenfell United "#DemandChange" does exactly what it says on the hashtag. A fleeting stunt that lasts way longer than the two seconds it took to capture on camera. Newsworthy and unignorable. I hope this makes a difference.

Walkers "Best ever fan". Our hero squeezing Ginger Geri’s knuckles as she plunges them into a bag of cheese and onion made it into the cut, and just saves the ad, but leaves me feeling a bit prawny. That might just be the landfill of Walkers packets wafting over the horizon, though.

Uncommon’s first work for Nike doesn’t feel like a debut at all. Bang on the ball and striding through social feeds with a very deft touch from Somesuch’s George Belfield. Feels like Uncommon might be cheekily tackling Wieden & Kennedy in its own six-yard box. That’ll be a fun game to watch.

I’m not sure I completely understand the link between British Gas and carers. I also don’t care that social experiments have become an advertising trope – because revelation and honesty are powerful. My mum was a carer, did it out of love and earned a pittance. Carers are heroes and this little spot celebrates this overlooked group and hopefully starts a conversation about something worth occupying our minds.

Channel 4 "God save all queens" by 4Creative

British Gas "Two sides of the story" by Ogilvy UK