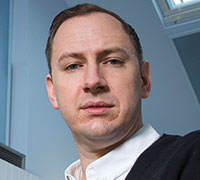 A lazy fridge-magnet of a phrase.

New year. A time of genuine progress measurement or actual slate-wiping that  too often and too quickly descends into the same old behaviour patterns.

Yes, it partly is your own fault – we are hard to snap out of ourselves at any time of year, and it’s especially tricky when you’re trying to not drink wine in the  freezing darkness.

But this is exacerbated when everything around you points at the same same repeated repeated stuff. Exercise. Book a holiday. Buy a sofa.

Unfortunately, this batch of work mainly falls into the book a holiday/do exercise/buy a sofa category. We’ve seen most of this before.

BT Mobile (5) isn’t just a sense of déjà vu, it’s a wholesale lifting and retelling of the legendary Orange film committee ads. Hmmm. Action movie is interrupted by "film execs" trying to redirect the Hollywood star to include the phone family SIM offer into the story? Really?

Toyota (1) has a sense of Pirelli calendars past – a past that even the Pirelli calendars themselves have moved on from. From the (book a holiday) sun-drenched colours to the drippingly suave (join a gym) driver that Women Notice (buy a sofa). It’s a car ad for a car like the other car ads.

uSwitch (4) has a repeat of a caricature that we’d hope to have collectively buried in the past, but apparently not: the helpless and hopeless female protagonist. It’s not that hard, love, honestly. Try to get your little brain around it. It’s like the time you "fixed" that failed bit of DIY. And there are experts on hand in case this is all too hard for you. Again, really?

Cadbury Creme Egg (3) starts advertising for Easter on 3 January. Except it’s not. It’s taking the irritating seasonality of Creme Eggs head-on. I smell marketing, and I once worked on a campaign for "Winter Pimms". But even in this brave new fabricated egg world of the "Creme Egg Season", it already feels tired; one part Wacky Races to one part 118 118.

If there has to be a winner – and who says there have to be winners or losers in January? – then HSBC (2)
is the winner. At least they’re carving out a world that is theirs and theirs only. I’ve seen it before, but only in HSBC ads, and I like them more for it. It looks good. It’s considered writing with good performances again from the next batch of HSBC globo-kids, even if this one is "a bit of a long walk for a ham sandwich" (says someone viewing the Private View ads over my shoulder). 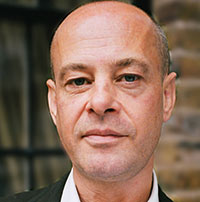 Fashionistas in the new Toyota (1)C-HR commercial wear sunglasses inspired by Elton John’s narcotics phase. The sunglasses need to be massive because, as people’s heads turn, we see the car reflected in the lenses. A brave and potentially distinctive idea, assuming that we only ever see the car as a reflection. Except we don’t because, oh no, we’ve just cut to see some rent-a-smug-arse driving the car in all its non-reflected glory, almost as if this was any other car commercial you’ve ever seen. Shame, it could have been so much better.

In the new uSwitch (4) campaign, a woman stares at her laptop, listless and bereft of hope, perfectly capturing the mood at Krow when we lost the uSwitch pitch last November. Clearly, I’d love to hammer the new campaign with a vengeance, but that would be churlish. Besides, the idea is sound enough. A fit fella in a leotard appears from nowhere and encourages the woman to believe that she can do anything – yes, even change her broadband provider. But there is a small problem: the world is teeming with characters who embody a brand and have a nasty habit of storming unannounced into people’s lives (watch out next time you open a can of baked beans). Consequently, if the fit fella is going to stand out like a lob-on in a leotard, he needs to be sharper and funnier.

You know that scene in The Italian Job, the one where the lackey blows up the whole van when he’s only supposed to "blow the bloody doors off"? That’s basically the new BT Mobile (5) ad. Jeremy Renner runs through some key components of his action-hero routine (jumps off buildings, bounces off awnings etc) in an attempt to save a family.

A misunderstanding, because then he’s told that he’s only supposed to save the family some money.
I like it – it’s clear, good fun and the star turn doesn’t phone his performance in either.

In the new Cadbury Creme Egg (3) commercial, people in various eccentric forms of transport begin to hunt down a van carrying Creme Eggs. A start promising all sorts of funny antics – none of which,
it transpires, happens. Surely the point of Easter egg hunts is that the eggs are hard to find, not the entertainment. Maybe the idea will reveal more of itself in the next few months.

The new HSBC (2) commercial follows the fortunes of a left-out kid as he tries to crack the code that will get him into the den the cool kids have built. In the end, voice recognition does the trick, the left-out kid gets to be part of the gang and we are about to weep for joy when, a couple of heartbeats too soon, the voiceover rips us away from a world of sweetness and light and gets right down to the business of telling us something about voice ID technology at HSBC. The story is a winning one, but it is an analogy so prodigiously distant that, by the time it reaches us, we can barely hear it. The endline is: "HSBC. Onwards." Right, OK then.

HSBC "The secret den" by JWT

uSwitch "Yes u can" by Brothers and Sisters