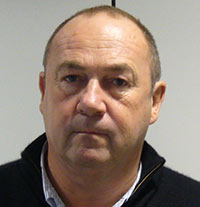 Alzheimer’s Research UK (3). Charities advertising at Christmas have really got to stand out. This is probably the most competitive ad space from 1 November to 20 December. We’re all going to be exposed to 2,000 Santas, 90,000 elves and a million jingle bells rattling off at the same time. Not to mention the Red Cross, Save the Children, WaterAid, Shelter, Samaritans and "save the donkey" and all the other heart-rending ads. So cutting through is the messiah. This Christmas tale is absolutely charming. The sentiment is right but it goes on for too long and I’m afraid it’s just going to join the rest of the Christmas bombardment and become another red bauble on the Christmas media tree.

Bisto (5). I kind of get the sentiment, and Helen (my very open-door PA) and I love our food, with Bisto being a staple on the shopping list. But… to get on the gravy train and get everyone together in your street has to start with "Aah, Bisto". I love the idea, but the brand has to bring the people together, not the sentiment.

Mulberry (2). Having a good idea is what counts. Good ideas need to be simple and understood. I don’t get it. Please watch it yourself and make your own minds up. It’s just really, really odd. Mulberry is one of those brands that is British and loved. As a standalone brand, it should have standalone advertising, not "can’t stand" advertising.

Bell’s (4). Like a short shot of whisky. To the point. No messing about. And it makes you laugh. Pretty brave client, I’d say.

Heathrow (1). I love this ad so much, I’m going to take my wife to Heathrow tonight for a Costa coffee and a good old Marks & Spencer prawn sarnie (mine will be a cheese and ham). It might take me an hour to get there and £45 to park the car, but it will be worth it in the end.  She’ll love me forever and that’s Christmas sorted.

This ad is fantastic – it’s everything I like about British advertising and British values before Brexit, and maybe Bisto should have used this for everyone who’s coming home for Christmas. The only downside is… I’ve got no idea what it’s actually advertising. Is it the shortbread, the cheap perfume or the insect repellent? But it’s still a feel-good ad and Chas & Dave are a master stroke. Brilliant.

From everyone at George & Dragon, have a very Mulberry Christmas. 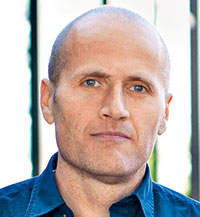 Aside from the odd beach-body poster scandal, advertising goes largely unnoticed these days by the mainstream press. The exception in the US, of course, is the Super Bowl – when, for a week or so, the nation takes a genuine interest in what brands have to say and how they say it. Having made a few Super Bowl spots, I can tell you that the pressure to finish high up in the USA Today rankings, which appear on the Monday morning after, is intense.

Over here, in the past ten years or so, Christmas advertising has become our version of the Super Bowl – albeit with slightly less pre-game hype. There is no USA Today in Britain (thankfully), but the pressure to be joyful and triumphant in the seasonal slugfest weighs heavy nonetheless.

First up is a film for Alzheimer’s Research UK (3), which seeks to draw attention to the tragedy of dementia by imagining what Christmas would be like if Santa lost his memory. Nice enough idea. Now add in Stephen Fry’s voice and Aardman’s production skills and you should have a winner. So why is this so flat? For me, it isn’t helped by being so long. Nor by using such joyless music. I know it’s a serious subject, but this is pretty downbeat for a Christmas spot.

The Mulberry (2) Christmas film was just plain strange. Even a bit disturbing. And not in a good way. I guess it’s about rediscovering our inner child at Christmas time? Again, it runs way too long (and, apparently, there are more episodes to come!). But, more than that, the acting was stilted and the tone vaguely sexual at times. And all that to land a cliché like "It’s what’s inside that counts"? Nah.

On a more positive note, isn’t it wonderful to see perennial out-of-work thesp Steven Toast back in film work? If ever there was a man who brims with depth and substance, it is he. And Toast does not disappoint here, throwing himself into the role with all his velvety virility. Is this a classic that will unseat John Lewis "The bear and the hare" in the annals of Christmas advertising folklore? No and no. Do I laugh just looking at Toast and find myself liking Bell’s (4) whisky a little bit more now? Yes and yes.

Bisto (5) is a tough one. I’m not sure what to make of it. It’s not a Christmas spot, btw. It’s not really a spot at all. I don’t think. Instead, it’s some kind of documentation of a real fake moment. A genuine, staged social experiment. "Everyone just ignore the camera!" No doubt this is all born out of the insight that eating together is good for the broader social fabric of the nation. Hard to argue with that. And yet I leave the table still feeling hungry.

And, finally, Heathrow (1) has come out of nowhere with a charming spot reminding us that the best gift you can give at Christmas is the gift of being there rather than FaceTiming. Trying to think if I’ve ever seen a commercial for Heathrow before. Regardless, I quite like this one. Nothing all that new here, but that’s OK. It’s sweet and well-judged and has just the right number of little moments to sustain my interest. Brilliant track too. Plus, it takes balls to make a Christmas spot with a bear in it nowadays. Great stuff.

Mulberry "It's what's inside that counts" by Mulberry