For the out of home component of this year's Pride in London campaign, "Love happens here", WCRS has created more than 30 posters featuring real people's stories of finding love and acceptance in the capital.

The messages, each one from a different member of the LGBT community, were collected through an interactive map in which users can submit their story, and then pin it to the location in which it happened. While the map is London-focused, stories have appeared elsewhere in the UK and further afield.

Each of the designs, all of which are based around a heart shape, was created by a different artist or illustrator, all of whom donated their time for free.

The frenzy of colour is the second part of a campaign aimed at highlighting what Pride in London said was an ongoing rise in anti-LGBT hate crime in the capital. The first stage, which was explicitly aimed at drawing attention to the problem, involved guerilla-style fly-posters featuring stories of hate and discrimination. 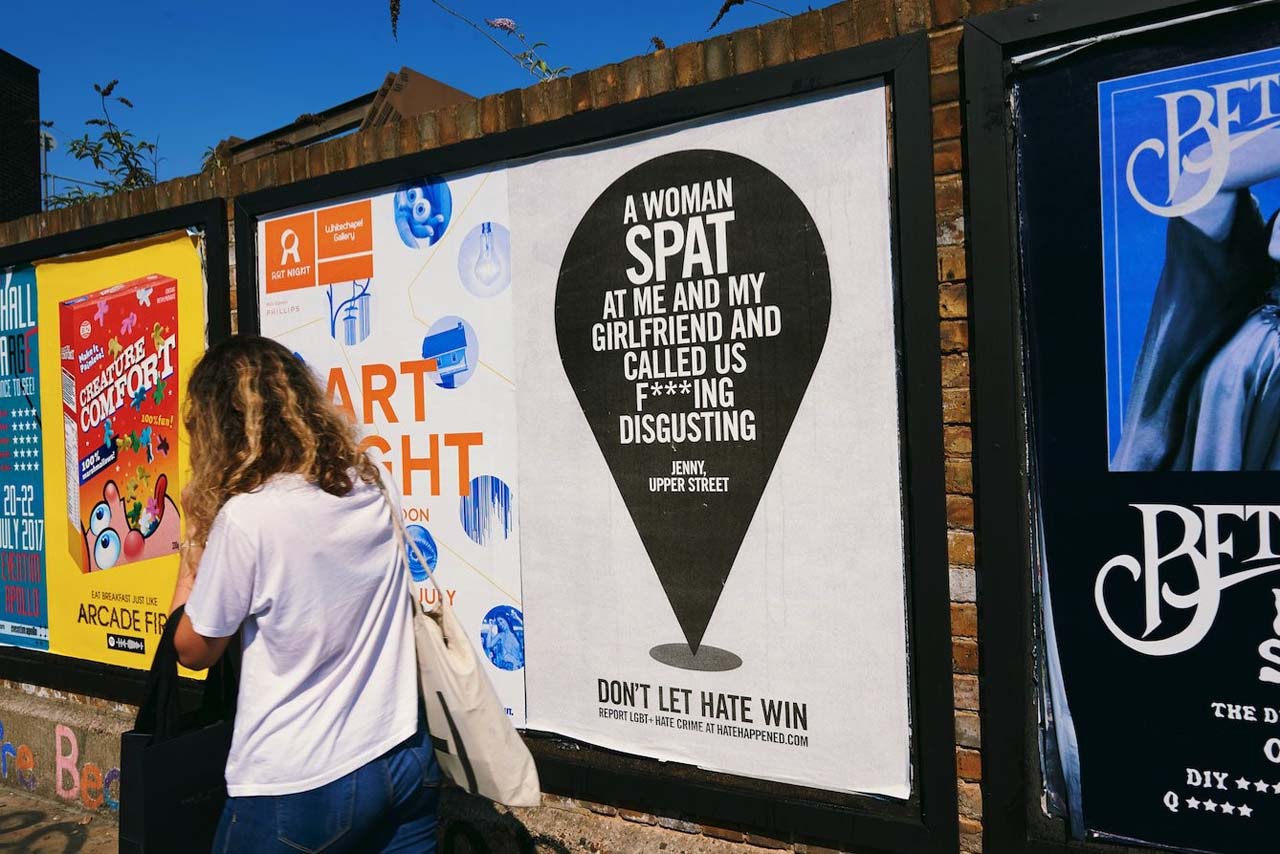 The outdoor campaign runs alongside a series of TV ads being shown on Channel 4. 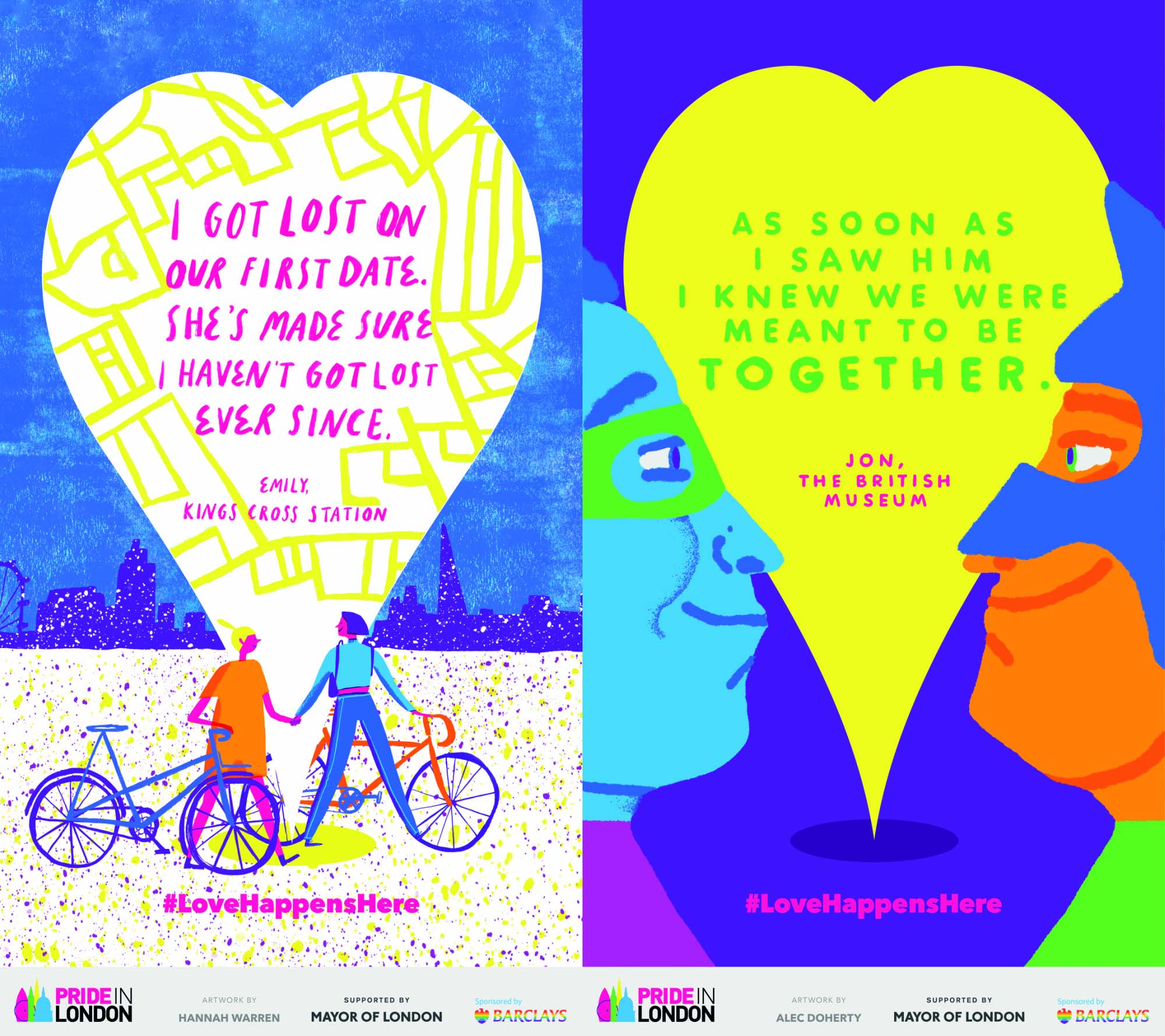 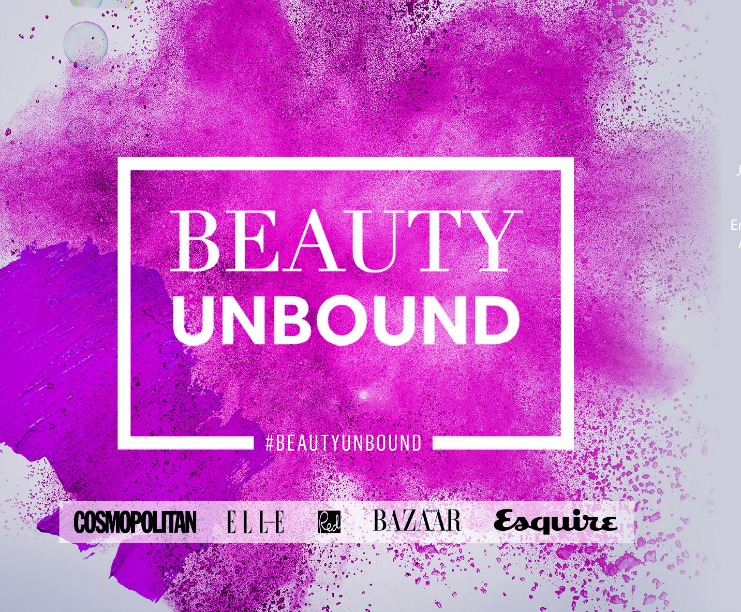 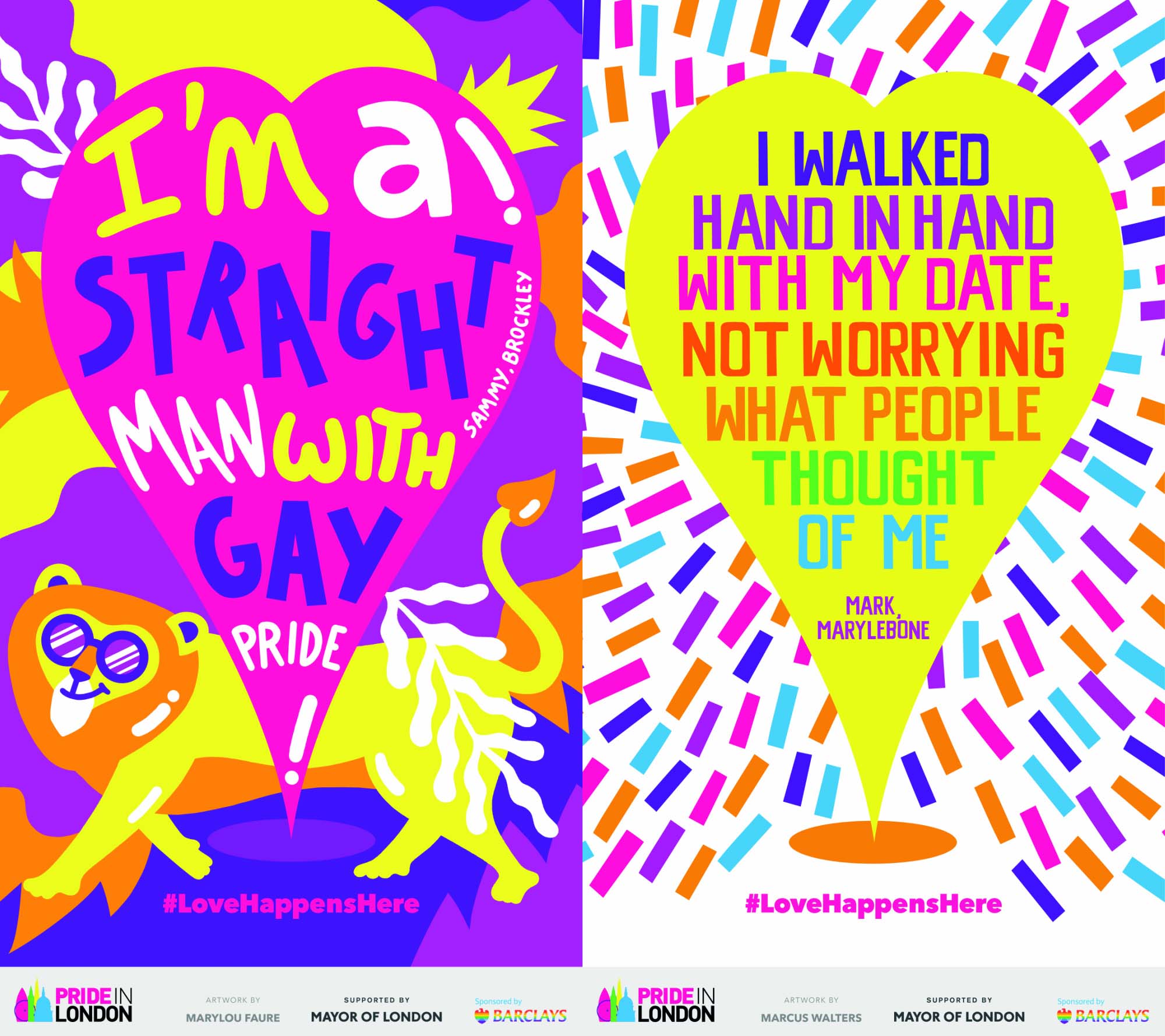 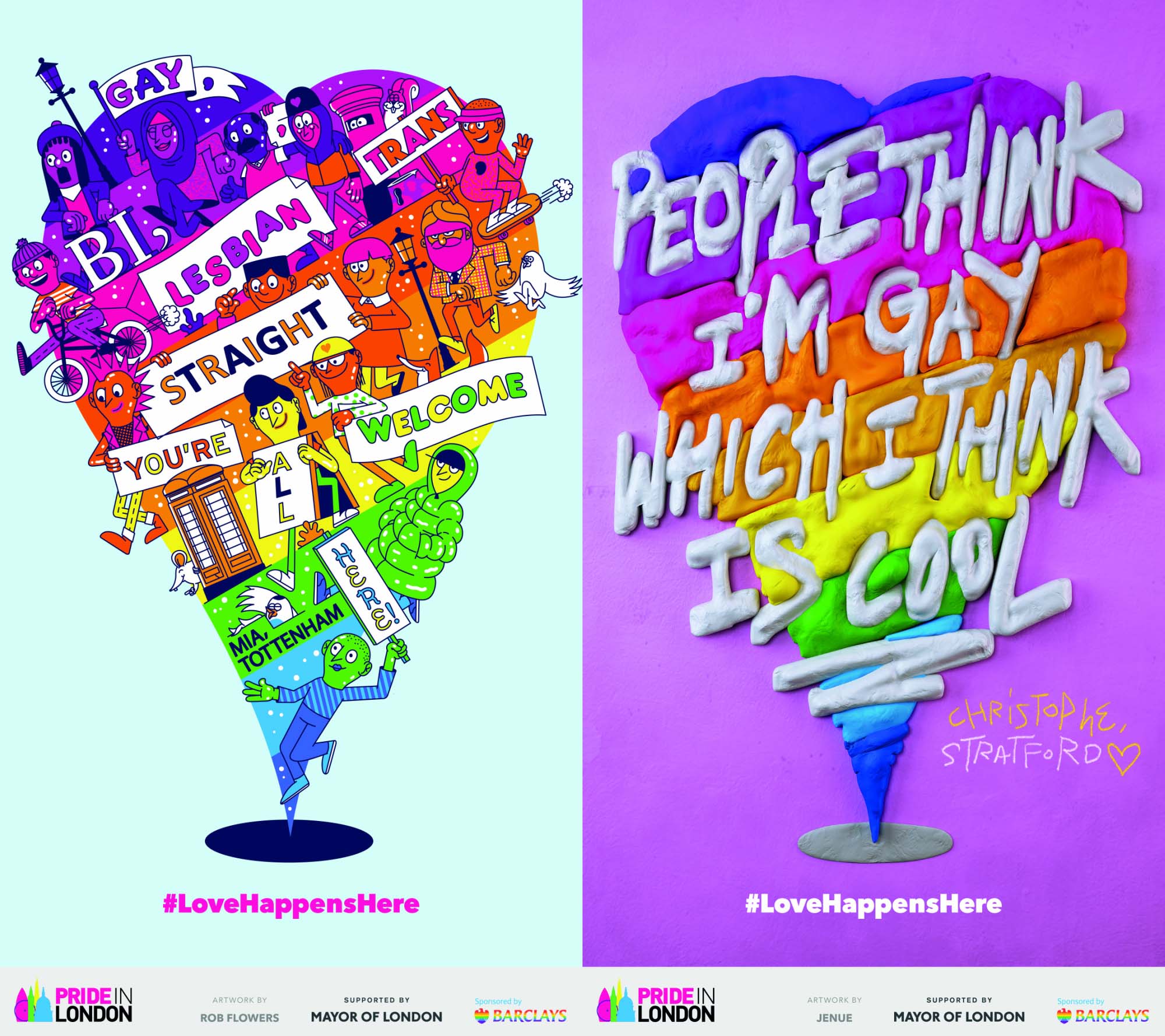 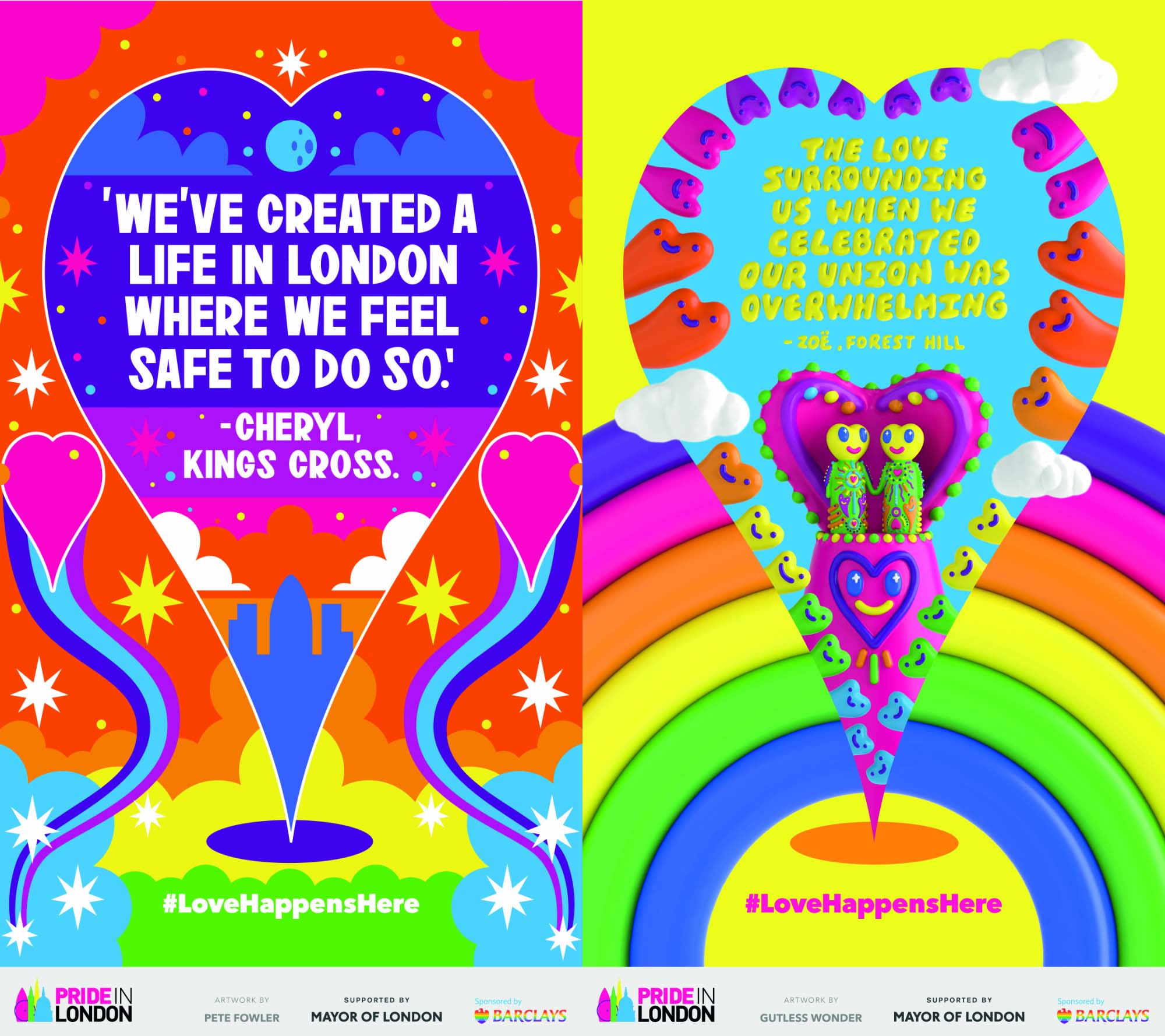 Pick of the week: Pride in London "Love happens here" by WCRS

The state of LGBT+ representation in ads

Are LGBT+ people being airbrushed from advertising?

The 'coming out' of advertising: is LGBT representation in ads still falling short?