HSBC has launched a campaign to explore progress within, and drive support of, the LGBT+ community ahead of Saturday's Pride parade. A documentary-style film, created by We Are Social, is being shared on the bank's Facebook, Snapchat and Twitter profiles.

Produced by Firecracker and directed by Trunk, the film looks at where Pride came from, what society was like for the LGBT+ community during that time and how change has come about since the 1970s.

The advertising giant's new LGBT+ employee group OPEN Pride UK will debut at tomorrow's parade.  Agencies from across Omnicom in the UK will showcase video content produced specially for the Parade on a mobile video float. This is the first time Omnicom UK has participated in Pride.

Sam Phillips, chief marketing officer of Omnicom Media Group UK and the executive sponsor of OPEN Pride, said: "Our LGBT+ employees and allies have come together to create some wonderful, moving and funny content to celebrate Pride in London. Diversity and inclusion amongst all of our people helps to make better work and this is some of the evidence."

The British Army is launching a strand of its "This is belonging" campaign to coincide with London Pride 2017: the traditional khaki camouflage is being swapped with rainbow colours. The campaign, created by Karmarama, goes live tomorrow across outdoor posters and social media, with rainbow camo cream to be distributed those attending this weekend’s Pride Parade. 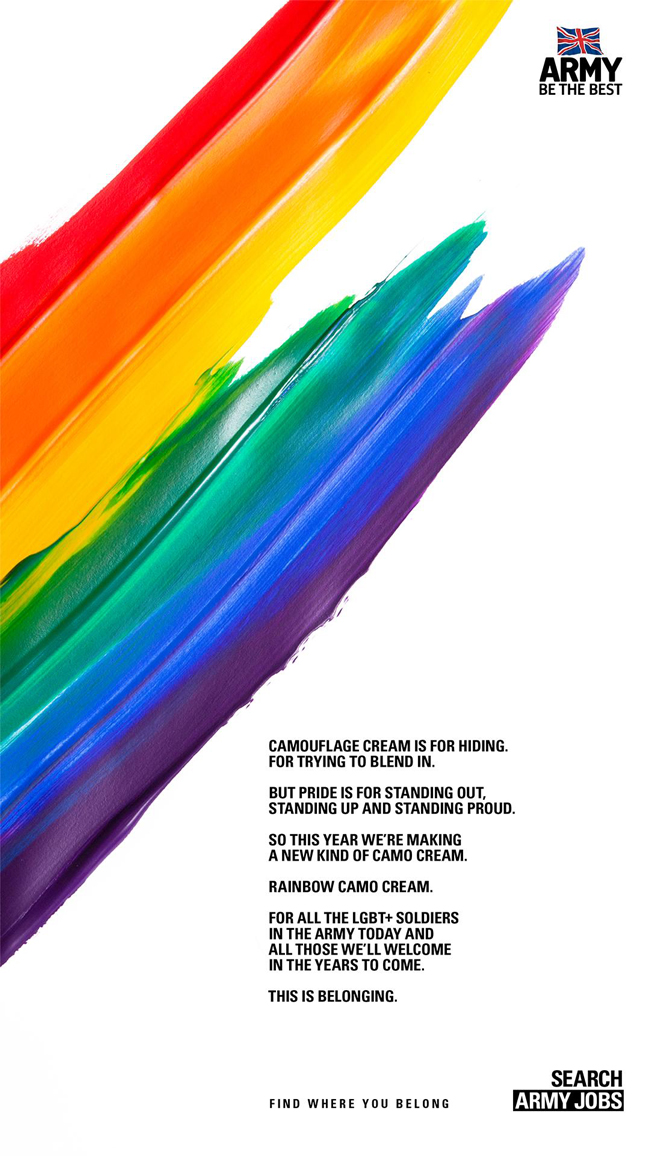 The independent creative agency is celebrating Pride in London by honouring four modern icons of the LGBT+ community as "Patrons of Pride," immortalised with illustrations in the style of stained glass windows. 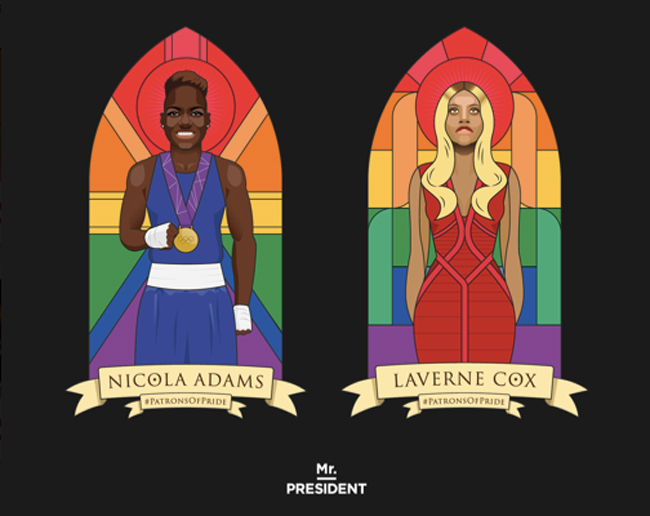 Proximity London has created "Love lived here", a campaign to celebrate pioneers of the LGBT+ movement throughout British history. Starting on 26 June, key blue plaques around London were given a temporary rainbow makeover to acknowledge the individuals who lived there as part of the LGBT+ community, alongside their literary, scientific, economic or artistic achievements. 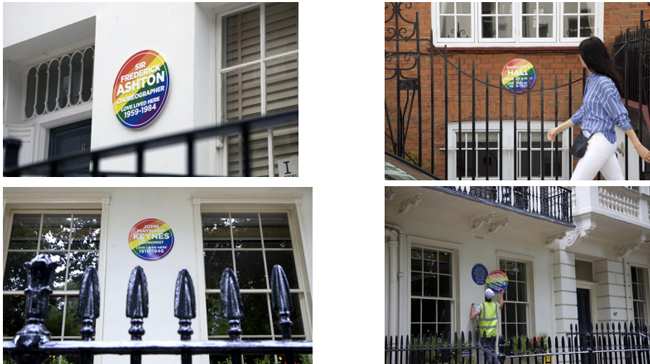 The creative shop dedicated one of their "Isobelly Laughs" comedy nights to Pride.

isobelly Laughs Pride AM from isobel creative on Vimeo.