As part of our Power 100 coverage, we also celebrate marketers who manage to go beyond their roles and reach the highest levels of business. The six people featured in this year's Above & Beyond recognise the changing portrait of forward-looking brands. These leaders are not only data-driven and customer-focused but also value culture, diversity and sustainability.

Amid the whirlwind of pressures and challenges facing the industry today, as well as the constant need to keep up with the new, there’s plenty for marketers to grapple with. Add to that the post-truth era, when emotionally charged narratives and echo chambers seem to be winning the day, and there are obvious implications for marketers and their changing role.

One consequence of this landscape should be that marketing becomes increasingly central to business success as the voice of the customer – a marketer’s domain – starts to drive strategy and operations. So, despite some improvements, why are there so few marketers who break through and make it to the top job?

Recent research by headhunter Spencer Stuart showed that there has been a slight increase in the number of chief marketing officers becoming chief executives – from 21% in 2014 to 24% in 2016 in FTSE 100 groups and from 24% to 28% in private equity-owned companies. Some of the former marketers at the top of the tree are high-profile names – Paul Polman, Dave Lewis and Martin Glenn, heads of Unilever, Tesco and The Football Association respectively, are inspiring examples – but the numbers remain insufficient to be a trend.

A woman will soon join the club. It was announced last week that Dido Harding is stepping down from the top job at TalkTalk and will be replaced by Tristia Harrison, managing director of TalkTalk’s consumer division and a former marketing director at Carphone Warehouse.

Boots managing director and former marketer Elizabeth Fagan believes the reason only a few marketers make the transition to chief executive is partly a question of ambition.

But it is also a question of how businesses view marketing as a function. Cranfield School of Management’s Marketing Directors Survey 2016 found that marketing is becoming increasingly tactical and less involved in strategic decision-making. The report raised concerns about the "confused objectives and priorities" of marketing directors and concluded that the discipline needs more ambition in these difficult times.

Cranfield School of Management’s Professor Stan Maklan says he is disappointed that what we consider marketing leadership – building in-fluence with the top team, working collaboratively across functions, managing change and innovation – is never considered a priority.

Not a noble goal

Professor Paddy Barwise told The Marketing Society’s annual con-ference last year: "Marketing itself is considered important, but marketers are not." And there is a reason for that. As Chris Duncan, managing director of Times Newspapers, explains: "Over the last five to ten years, marketers across sectors have not been necessarily business-focused and have instead been media-focused or campaign-driven."

At a time when the C-suite is paying more attention to the customer, this should mean marketing experience is desired in leadership positions. But Maklan warns that it is unrealistic to expect marketers to be handed C-suite roles simply for this reason. Neil Christie, managing director at Wieden & Kennedy, points out that other executives also understand the value of marketing. He cites former Honda Europe vice-president Ken Keir, who did not have a formal marketing background but was "one of the most passionate supporters of the value and creativity of marketing".

Duncan believes marketing needs to start using the language of innovation and growth: "Marketing is a lever, not a noble goal. We [marketers] are always a significant percentage of a company’s cost, and that means there is a great responsibility to understand the return on marketing investment in the context of the company rather than the context of the department."

Getting to the top

So what does a path to leadership look like for marketers? Grant Duncan, who heads Spencer Stuart’s EMEA digital practice as well as its UK technology, media and telecommunications division, has four tips for those who want to become credible candidates when the top job is up for grabs.

General Electric’s Beth Comstock did just that. Having started out as a marketer at the company in 2008, she soon got involved with innovation, influencing new products, markets and business models for jet engines and power turbines. In 2015, Comstock was named GE’s vice-chair to lead business innovations and accelerate new growth.

As Jan Gooding, global inclusion director at Aviva, concludes: "Chief marketing officers increasingly feel that they need to know everything themselves. But a good leader is one that recognises change, builds teams of diverse views to explore and understand that change, and builds structures that allow for change to happen to deliver better outcomes." 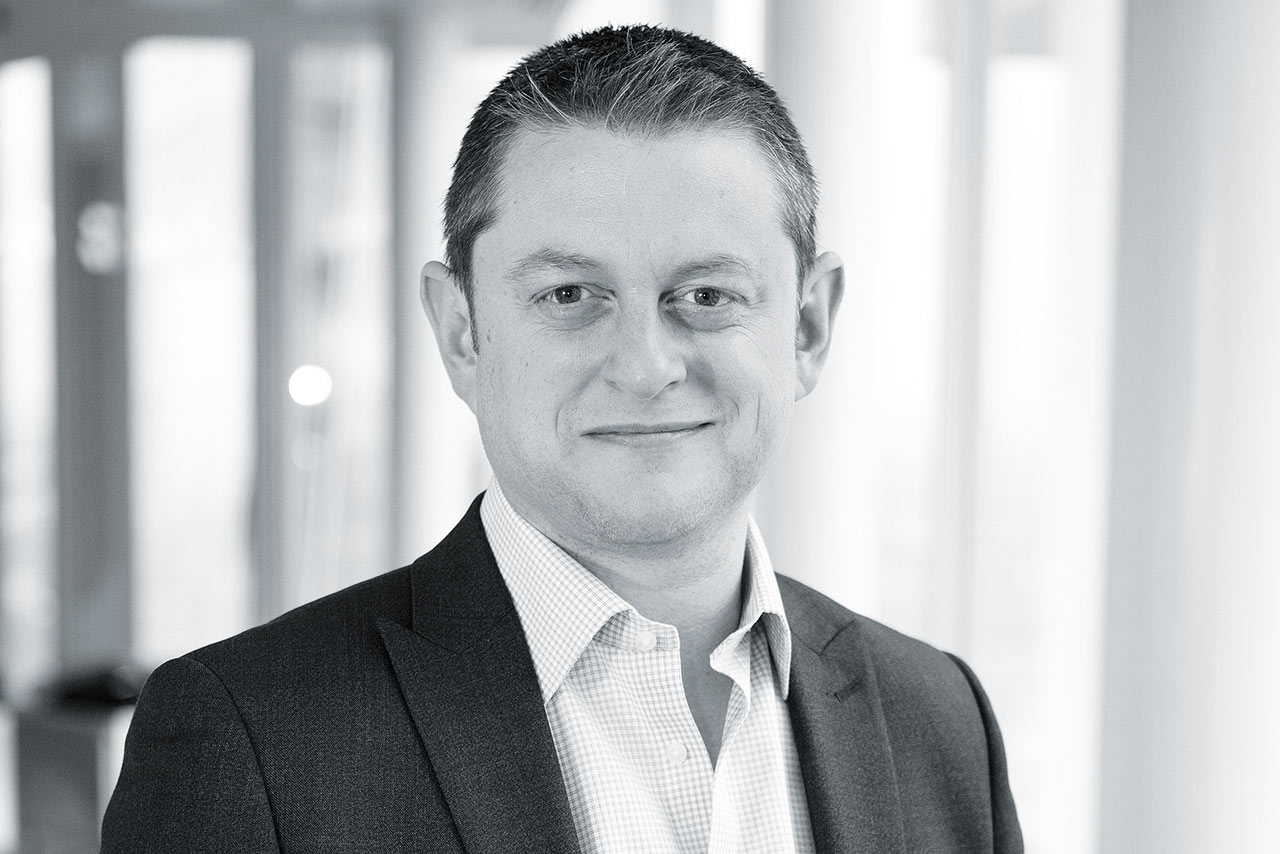 During his career at News UK, Duncan has held the roles of chief marketing officer and chief customer officer, tasked with building direct sales channels and growing revenue from print and digital subscriptions. He was appointed to his current role in November last year. Before News UK, Duncan was managing director at Infoloop and Alchemetrics – marketing technology companies focusing on the publishing sector.

"My career was never a planned exercise," he admits. "I ended up in the narrow specialism of CRM and data but that has now become the foundation of a lot of what happens in digital. When I first started in the world of direct marketing, it was seen as the grubby end of the marketing team and we would look in awe and wonder at the brand guys."

Fortuitously for Duncan, the evolution of marketing meant his specialism became more important, which propelled him upwards in his career. 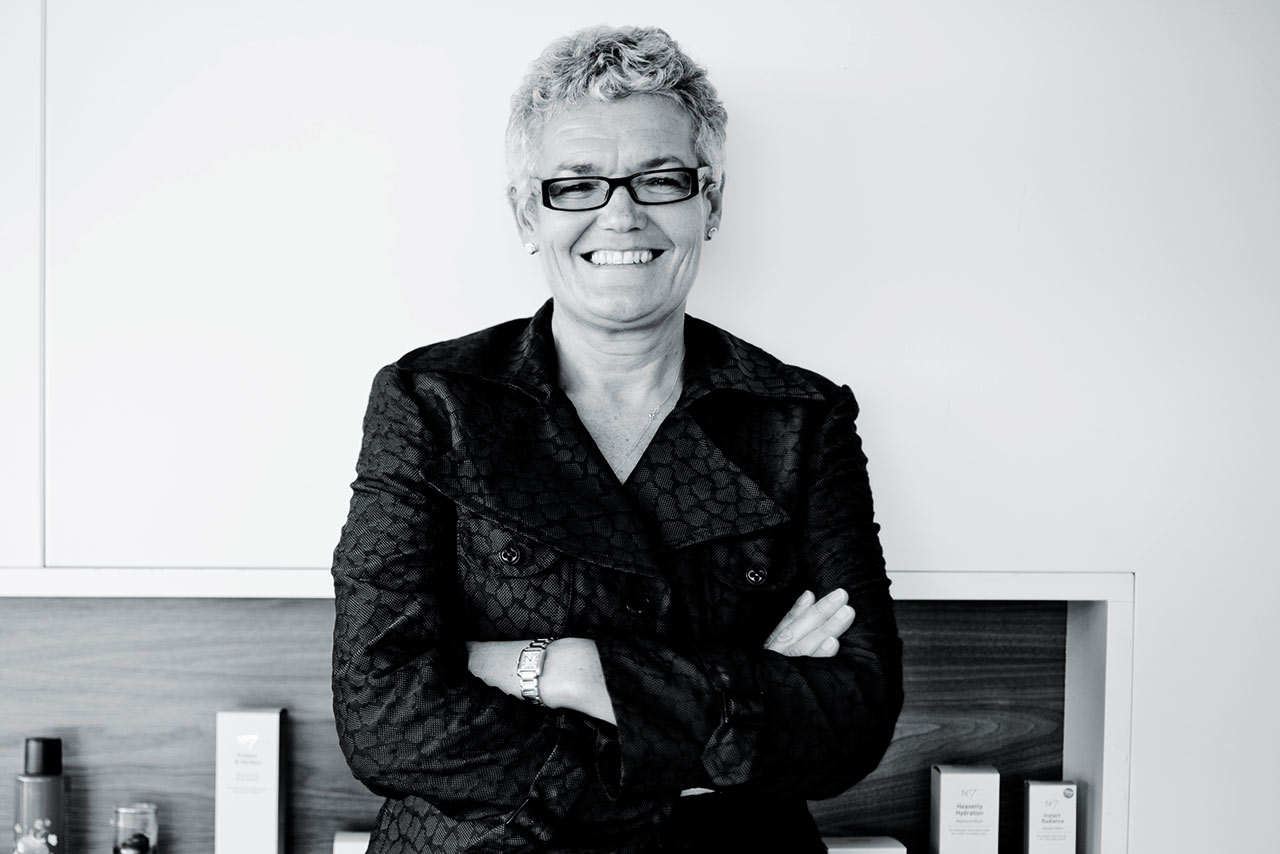 Fagan’s journey from a chemistry teacher to heading the nation’s favourite high-street chemist is an inspiring one. The first female boss of Boots in the UK, Fagan has held several high-profile marketing roles at the retailer. However, it has not been a quick path to the top – she first worked at Boots in 1983 as a buyer, followed by a decade-long stint at Dixons Retail predecessor DSG International.

Fagan believes her early teaching career and her move to DSGi meant that she had both helpful outside experience and inside knowledge when she later rejoined Boots. 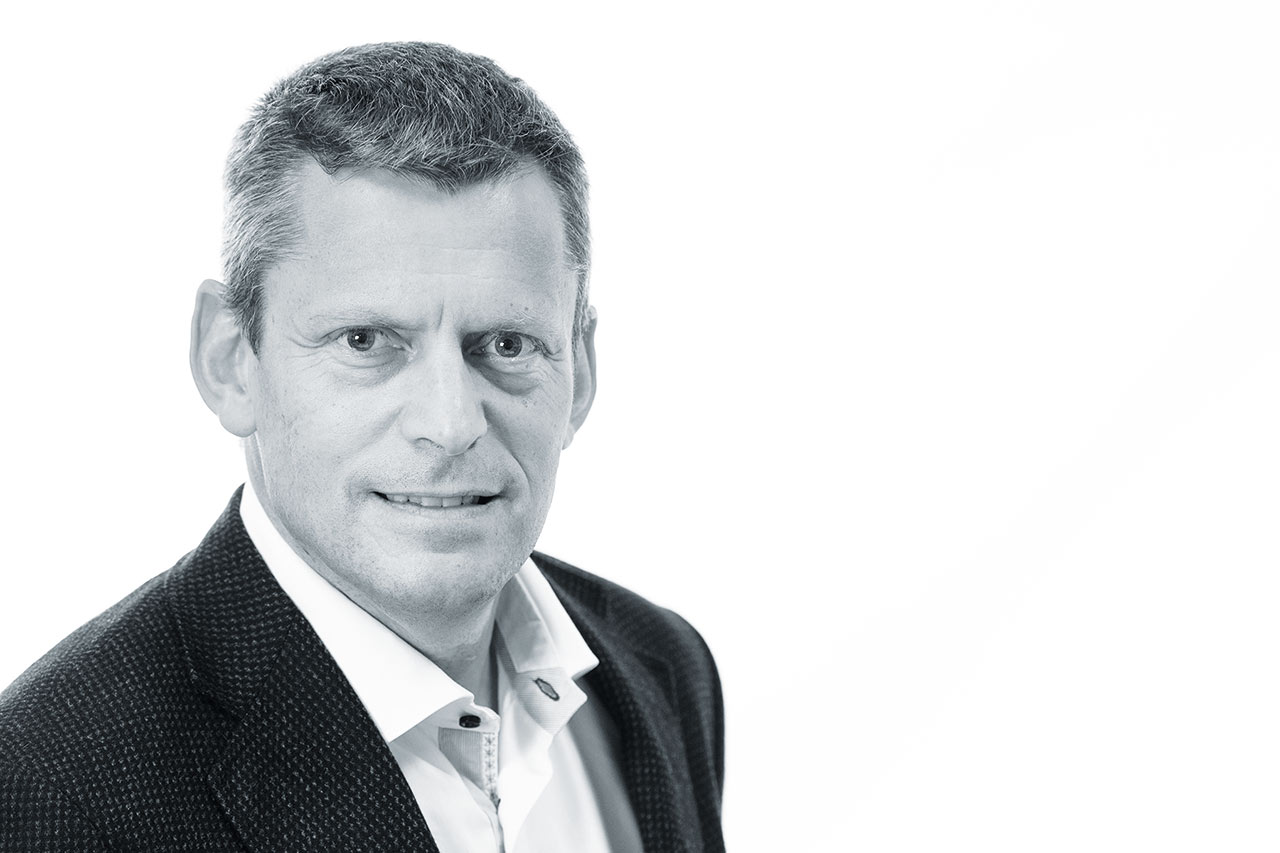 From cases of historical child abuse in football to an England manager scandal, Glenn has had to deal with a string of controversies in the past 12 months. All a far cry from the world of fish fingers, crisps, biscuits and frozen peas that he left behind for what he has described as his dream job.

Glenn joined The FA from United Biscuits in 2015, where he was chief executive. The football body cited the former marketer’s reputation for making "well-loved British brands more dynamic, competitive and international in their reach" as key to the appointment. Glenn landed his first top job at PepsiCo after transforming the Walkers brand and still enjoys strong ties with the marketing sector. He stepped down as president of The Marketing Society last year and is still often seen at industry events.

He has been vocal in his belief that there are too many accountants running companies and not enough marketers. Glenn had this to say recently: "To borrow an analogy from my friends in cricket, accountants can keep the score but they can’t make runs. All businesses depend for their income on customers, and understanding how to create value for customers is surely what we marketers should be best at." 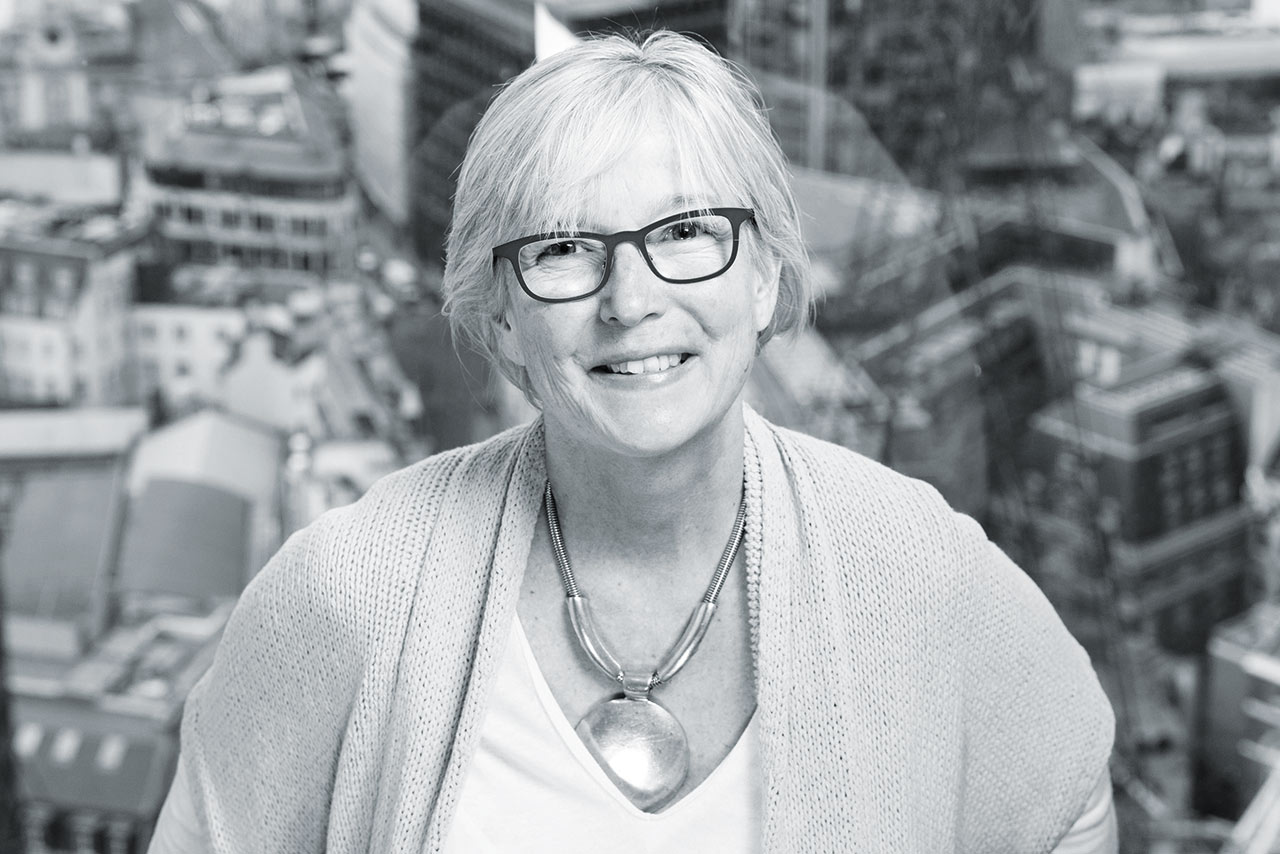 Aviva’s former group brand director started in this new role last month. A strong advocate of diversity in the industry, Gooding calls herself a "walking tick box" because of her age, gender and sexuality, and is chair of trustees at LGBT campaigning charity Stonewall. She began her career in advertising and went on to hold senior marketing roles at BT and British Gas. Gooding joined Aviva in 2008 and was responsible for building its global marketing capability.

She says of her new role: "Just because I chair Stonewall doesn’t mean I know how to be a global inclusion director. But no-one else knows how to either. What I did make sure of was that I report to a board director in this role, meaning inclusion will not just be an HR function but will be seen as a real business-agenda item." 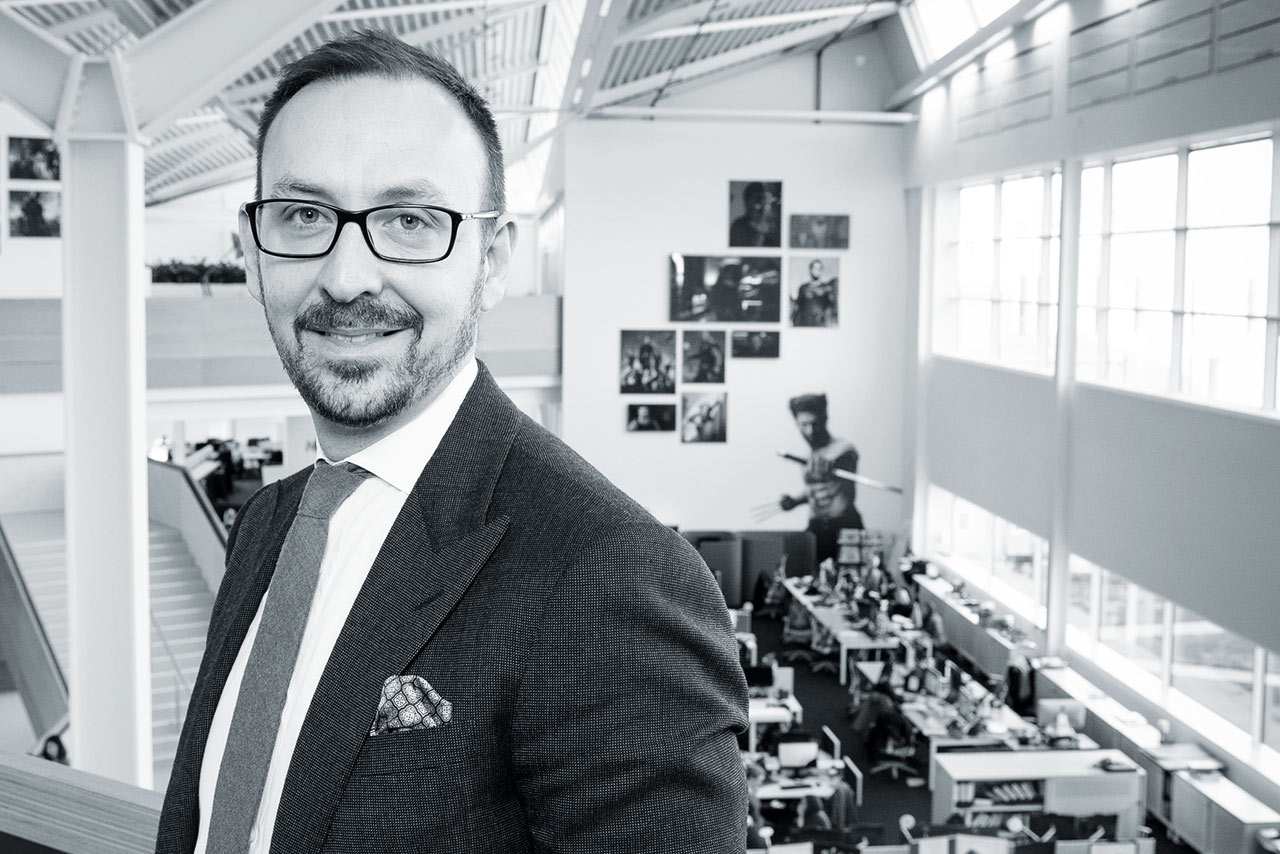 As chief marketing and digital officer, van Rooyen was in charge of Sky’s consumer business in the UK and Ireland, and customer acquisition and retention. South Africa-born van Rooyen joined Sky from Virgin Media and has also worked at Accenture, News International and Nokia.

Van Rooyen is described by one source as being that rare breed who combines "creative right-brain discipline with the analytical left-brain approach". 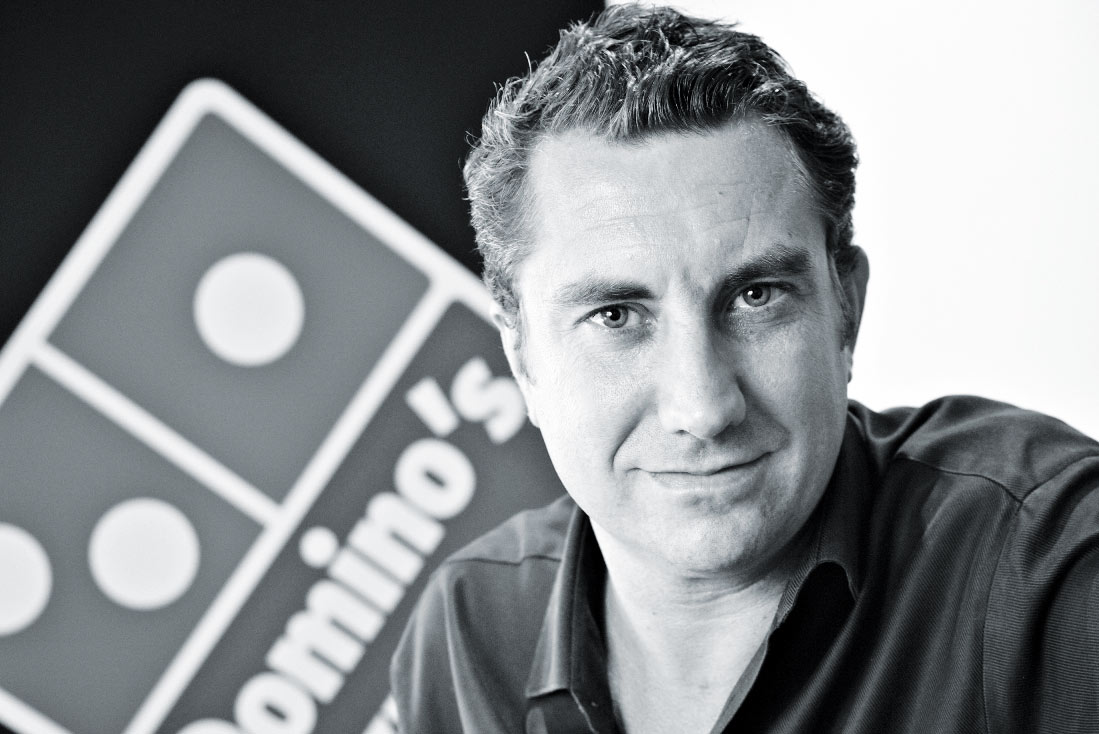 There’s probably nothing worth knowing about marketing pizzas that Wallis doesn’t already know, having also plied his trade at Pizza Hut and Papa John’s. He joined Domino’s C-suite in September last year after six years as sales and marketing director.

Wallis is seen as an innovator and the driving force behind the digital transformation of Domino’s. In 2015, while in his previous role, Wallis was asked during his Power 100 interview if he would like the chief executive role one day. "Of course," he said. "Could you have a word for me?" He’s not there yet but he’s surely inching closer.