Niantic, the developer of the game alongside Nintendo, has appointed Wieden & Kennedy London to create "City celebrations", a series of digital out-of-home ads in London, New York and Tokyo.

Pokémon Go was launched in selected countries last July, including the UK on14 July, and achieved 7.5 million downloads in the US a week after its initial release. The viral popularity of the game helped Nintendo’s share price to spike by 65%.

Niantic said the ads celebrate the "top trainer cities". "Trainer" is the technical term for someone who plays Pokémon Go, so called because they catch and train the game's characters.

More than 32 million Pokémon have been "caught" in Tokyo as of yesterday, Niantic said, since the game’s launch, in addition to 17.5 million in London and 16 million in New York.

W&K London’s sister agency in Portland is handling the global media planning and buying for the campaign.

"Working on a constantly evolving gaming platform and experience like Pokémon Go is a dream come true." 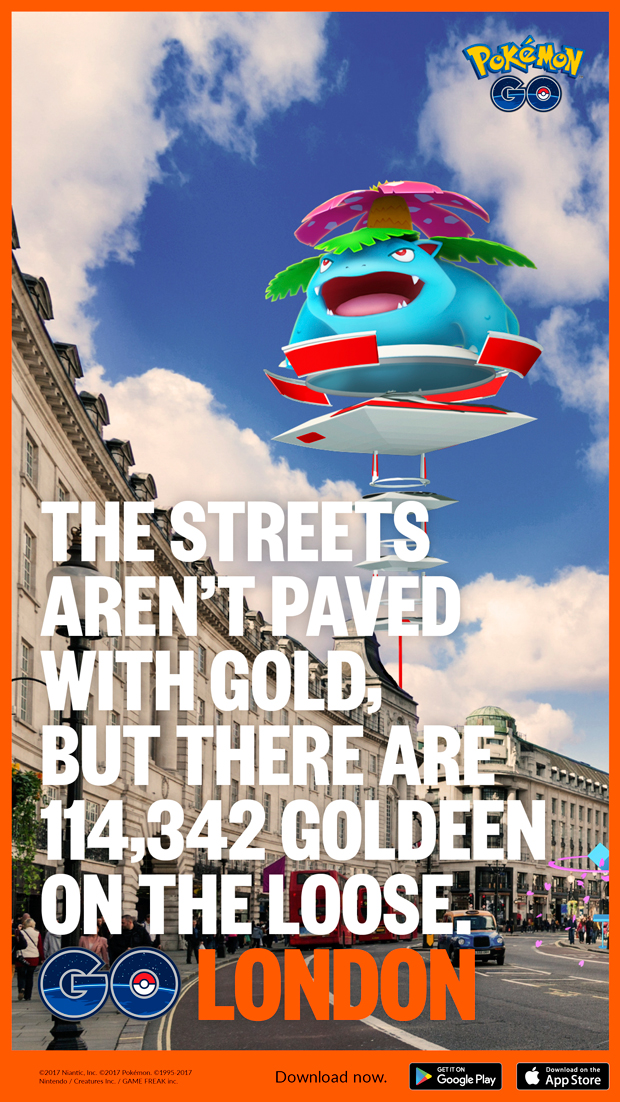 Fortnite has 125 million players - so are we looking in the wrong places for our audiences?

The one thing I wish my smartphone could do

McDonald's signs on as sponsor for Japanese launch of Pokémon Go