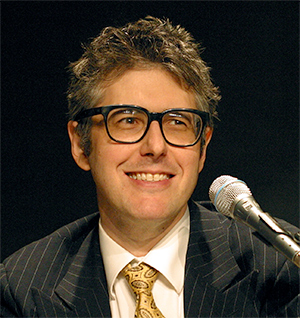 Video killed the radio star, but the audio medium has been resurrected in the form of podcasts – and there could be ample opportunities for advertisers.

Ira Glass, the creator and host of popular radio show "This American Life," which was behind last year's hit podcast "Serial," believes that podcasting has the power to be as big as TV.

Speaking at Advertising Week here Wednesday, Glass predicted that people will expect quality podcasts in the same way they demand quality TV shows. The difference is that podcasts can be consumed anywhere while people do other things, such as cooking or driving.

"Serial" was purposefully designed to replicate the tropes of TV shows, such as providing recaps at the start of each episode, explained Glass. The show received 8 million downloads per episode — far exceeding its target of 300,000 per show — gripping listeners around the world as it intricately delved into the murder case of Hae Min Lee, like a good TV crime drama or whodunnit might. Glass expects people to "binge" listen to podcasts, like they might binge watch TV, which would mean NPR competing with the likes of HBO and Netflix on the entertainment front.

This creates a big opportunity for advertisers to be part of the intimate connection that podcasts have with their audience. Mail Chimp, which was Serial's sponsor was widely credited with producing one of the best ads of last year sparking the "MailKimp" meme.

"It's a truism that people connect with radio more than other media – podcasts even more so because people are so connected to the material and stories and people feel close to us and loyal," said Glass.

One of the themes to emerge from Advertising Week so far is around how to reach increasingly distracted audiences across multiple platforms with marketing messages. Glass dismissed the notion that people have shorter attention spans these days. "We will watch something longer if it's really good, we will listen to something if it's really good — people will stick around for something that pulls us in."

This audio renaissance has created a crowded podcast market place. As well as broadcasters turning their shows into podcasts, just about every online media outlet seems to be in the game as well as scores of bloggers, journalists and brands.

A different panel at Advertising Week discussed the lower production costs of making podcasts, compared to film, sparking a podcast gold rush. Starlee Kine, host of the "Mystery Show" podcast and contributor of This American Life said that when she tells people she is a podcaster, they often respond by saying that they are too. "Everyone is a podcaster these days."

Just One Question: Who are the likely winners and losers in 2016?

Just One Question: Where is the next big disruption coming from?

Just One Question: What is the best idea you heard at Advertising Week?

Just One Question: If you could change one thing about the industry, what would it be?

Just One Question: If you could hire anyone in the world right now, who would it be?

Just One Question: Describe 'programmatic' in one word

Just One Question: What is the one big issue nobody is talking about?

Just One Question: How frightened are you of ad blockers?