Plusnet has admitted to its own musical ignorance, after accidentally running an ad with the tagline 'Yes, we are blowing our own trumpet' with a picture of a cornet.

The ISP has put out a second, reactive ad with the same image but a new tagline, after customers pointed out the error on Twitter and via email. 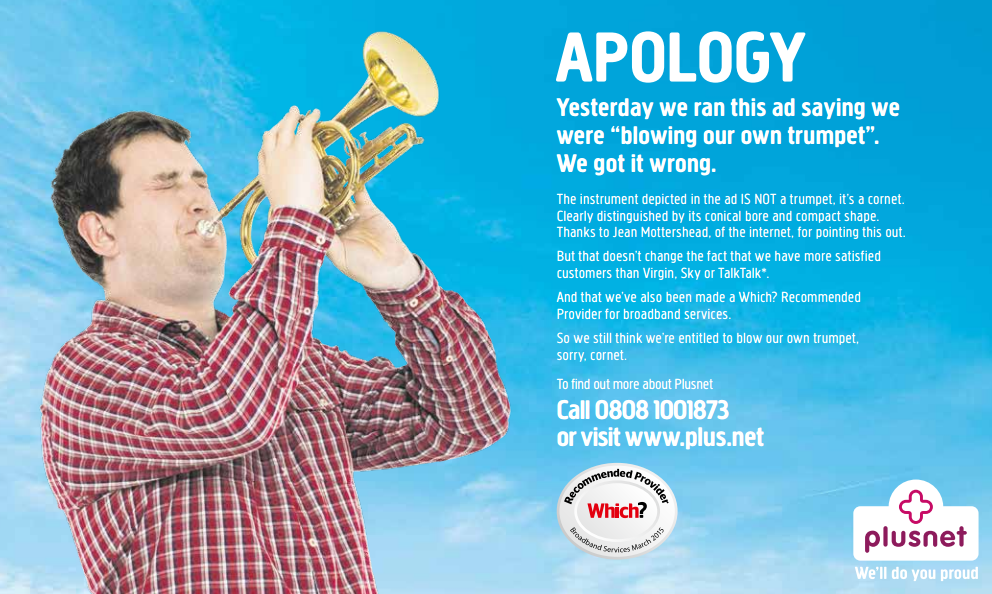 The new ad reads: "Yesterday we ran this ad saying we were "blowing our own trumpet". We got it wrong. The instrument depicted in the ad IS NOT a trumpet, it’s a cornet.

"Clearly distinguished by its conical bore and compact shape. Thanks to Jean Mottershead, of the internet, for pointing this out."

The original print ad ran on Monday this week, with a number of consumers spotting the mistake.

R&D Britain: how to become a Tech Nation

BT boss: we will keep EE brand 'in the short term'