2021 was a bonanza year for pitches as marketers looked for future-facing agency models.

Coming off a global pandemic, marketers were on the hunt for new agency partnerships as they looked to succeed in a changed world.

Many marketers review their agency partnerships as a matter of practice every few years. But in 2021, the pace and size of account reviews, particularly in the media space, were notable.

A major theme among this year’s review was large global brands looking to cut the bloat and simplify unruly agency rosters by consolidating their business across a single partner. Other reviews took a more regional approach with massive impacts for the market.

Campaign US was there covering it all. Check out some of the most significant reviews we covered in 2021 — and let the 2022 pitch season commence! 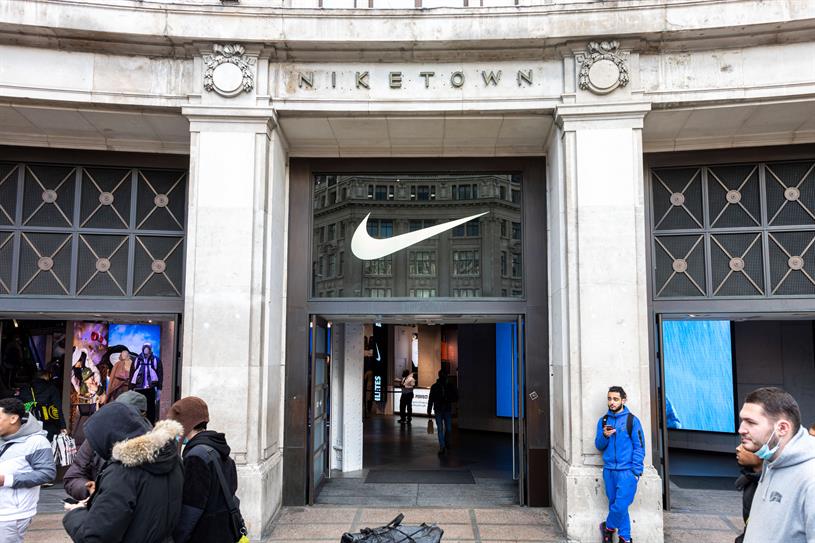 Just last week, Campaign US broke the news that Nike is preparing to kick off its largest media review in nearly two decades. The sneaker brand is putting the Nike and Jordan brands up for review in an effort to consolidate its roster and shift the focus toward performance marketing. Combined, a roughly $1 billion media budget is up for grabs.

Until now, Nike has worked with various agencies across the globe. WPP’s Mindshare has the most to lose as it reps the brand in international markets; longtime creative partner Wieden+Kennedy handles U.S. media. So far, all of the major holding companies are pitching. Nike has added a handful of digital agencies to its roster that could be in the running, too.

Watch this space: When the review wraps this spring, it will likely be one of the most high-profile account moves of early 2022. 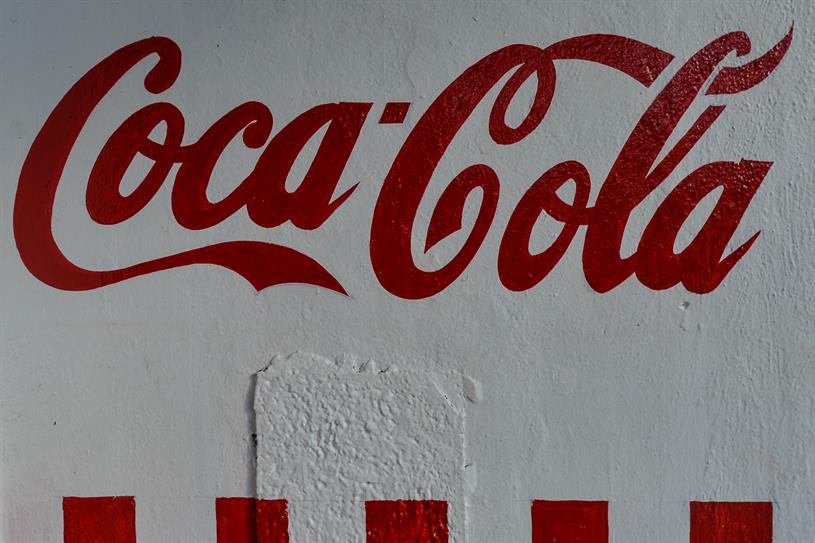 When Coca-Cola kicked off a massive review of its $4 billion creative and media account in late 2020, the industry was buzzing with the possible implications for agencies. Coca-Cola worked with thousands of agencies across its global roster, and the pitch was meant to spark “a complete redesign of our media and creative agency models,” according to a spokesperson.

One year later, WPP, which had held roughly 30% of the FMCG giant’s business, emerged victorious, walking away with the lion’s share of the business. For IPG, which also held 30%, the loss was a big blow.

But there’s still a chance for great creative agencies outside of WPP to work with the brand. Coca-Cola’s roster includes an “open-source” creative model that allows the company to tap into different creative partners (agencies, individuals or freelancers) on an as-needed basis. 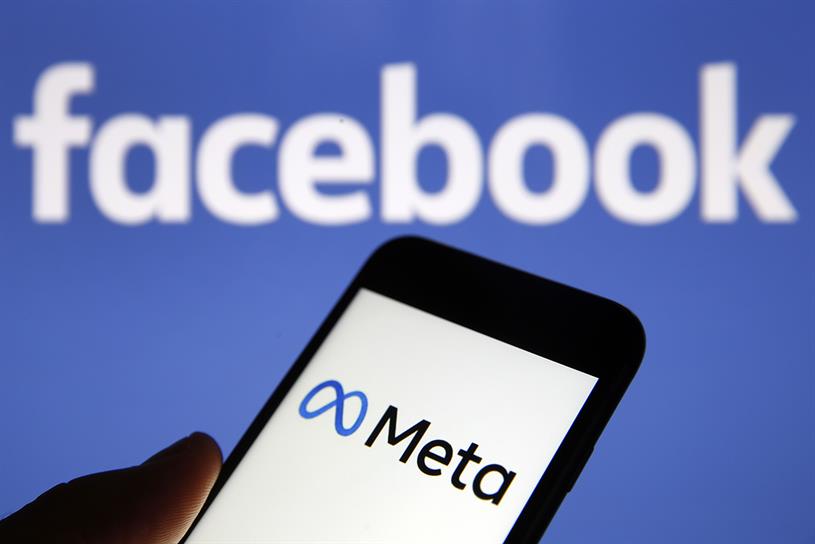 Another major media account to change hands this year was Meta, the parent company of Facebook, Instagram, WhatsApp and Messenger. The company announced the review of its $750 million media business in March, putting seven-year incumbent Mindshare on an alert. Mindshare, for its part, declined to defend after receiving the RFP.

Publicis Groupe’s Spark Foundry walked away with the global account, another feather in the cap of the company’s “Power of One” strategy. While Meta is a coveted account for any agency based on its sheer size, Spark Foundry will have to grapple with the reputational issues surrounding its new flagship client while helping the company double down on its metaverse positioning. 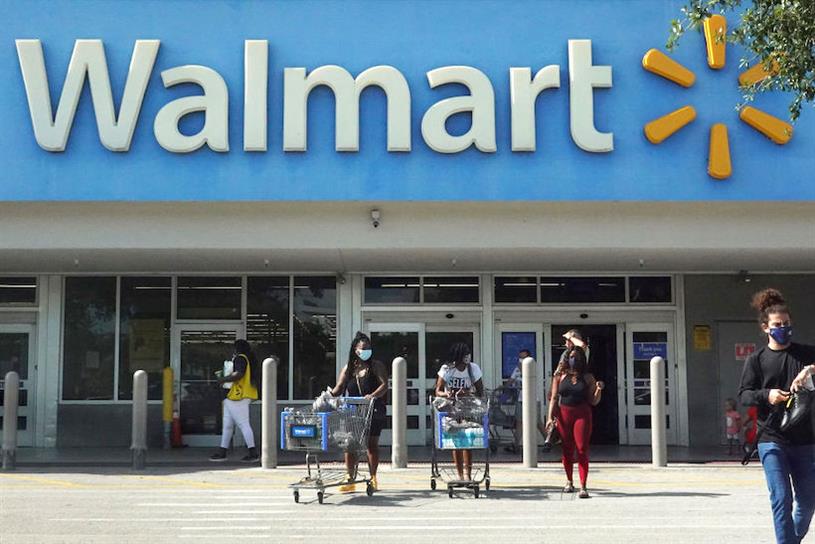 Another big win for Publicis Groupe, this time in the U.S., as the country’s largest retailer awarded its $600 million media account to the holding company. It was the largest U.S. media pitch of the year, and all of the major holding companies vied for a piece of the business.

Publicis has a longstanding creative relationship with Walmart, and Mediavest (now Spark Foundry) held the media account prior to 2017, when Walmart moved its business to WPP-owned Haworth. Now, the holding company will likely be all hands on deck helping Walmart capture the enormous opportunities and complexities of e-commerce. 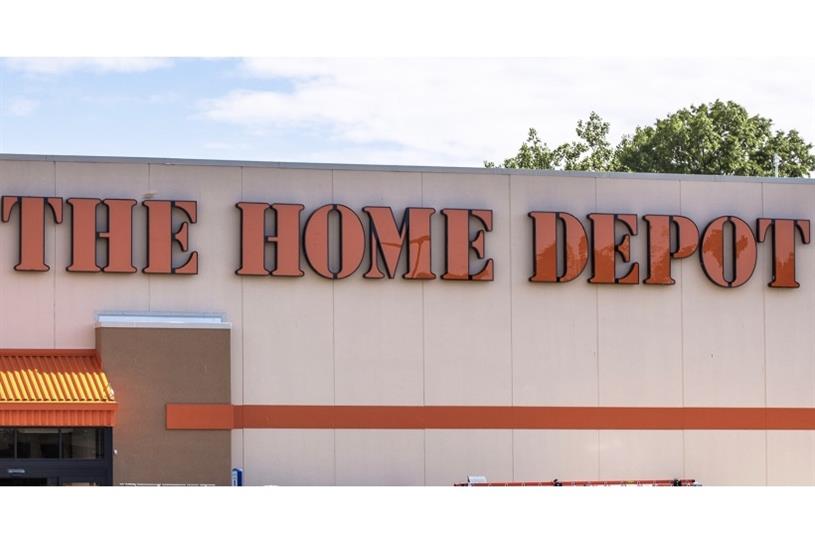 In another big U.S. retailer pitch, Home Depot put its integrated creative and media accounts up for review in June 2020. By late January 2021, Home Depot parted ways with decade-long partner Carat in favor of a new relationship with Omnicom’s OMD. Four months later, in mid-April, Home Depot named Omnicom’s BBDO its creative AOR, marking a big win for the holding company. The overall prize was worth roughly $1 billion.

Home Depot made headlines in October 2020 when it cut ties with its longtime creative partner The Richards Group after founder Stan Richards made racist comments in a meeting about another client. The home improvement retailer joined Motel 6, Keurig Dr Pepper and Chick-fil-A in ditching the agency.

Omnicom has an interesting remit in front of it across the board, as the new relationship spans digital and social creative, production, comms planning, influencer marketing and Gen Z specific executions, and asks agencies to use data and analytics to realize efficiencies. 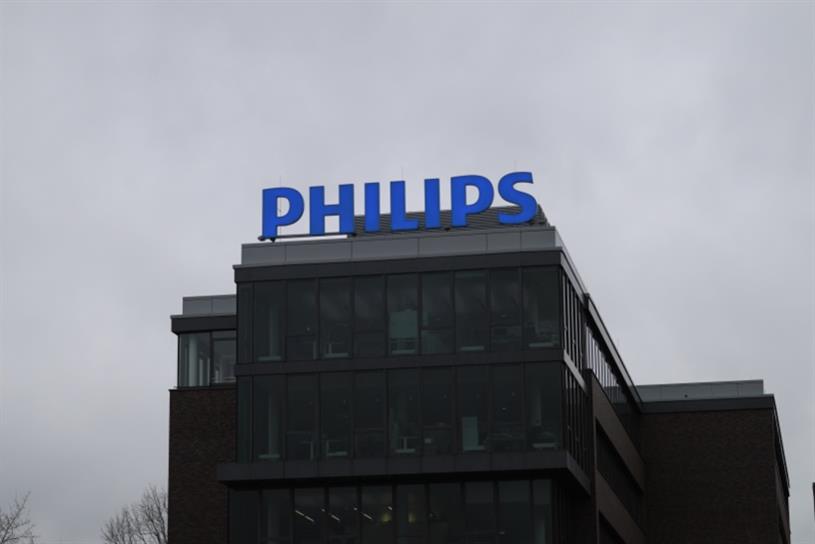 Philips was another large, integrated global pitch that kicked off in January, as major holding companies lined up for the $300 million prize. The result: a consolidation with Omnicom across media, creative communications, and a goodbye to Dentsu’s Carat and WPP’s Ogilvy, which held the media and creative accounts for two decades and one decade, respectively.

At Omnicom, the spoils are divided as such: TBWA leads creative, OMD handles media and FleishmanHillard and Ketchum run PR and communications. (For the latter two, the account was a retention). Omnicom will help Philips refocus as a healthcare business after selling its domestic appliances business in March. 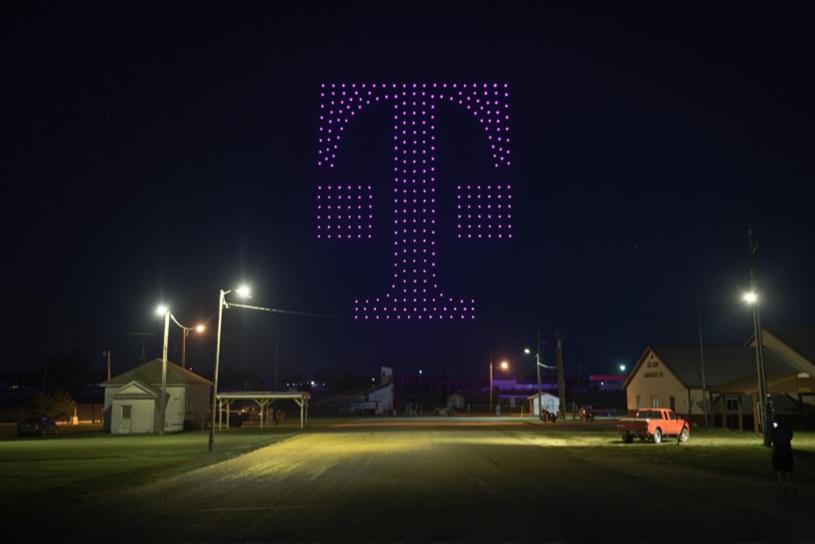 7. T-Mobile hands its $2 billion US media account to Initiative

After merging with Sprint to become the second-largest telco in the U.S., T-Mobile’s $2 billion media account became one of the largest prizes in adland when it kicked off a domestic review in September 2020.

As for Sprint, Horizon Media hung onto Sprint’s prepaid mobile carrier, Boost, which is worth roughly $300 million; the telco handled the rest of its $350 million search and performance budget in-house. 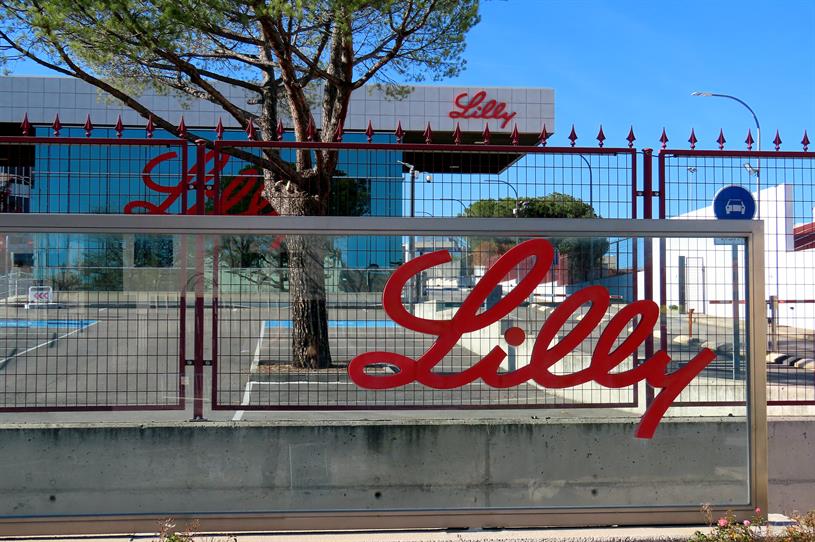 A two-decade relationship between Eli Lilly and Omnicom’s OMD came to an end in November when the pharmaceutical giant chose Zenith after a competitive pitch that kicked off in May. Zenith and OMD competed head-to-head in the final round, and WPP and Dentsu were involved in earlier stages of the review.

Eli Lilly described the review as a search for a partner to help with its “marketing transformation goals” to “create remarkable experiences within the consumer journey, fueled by both human insights and data." Zenith will have a big budget to work with, as the healthcare giant is looking to spend between $600 million and $800 million on media this year. 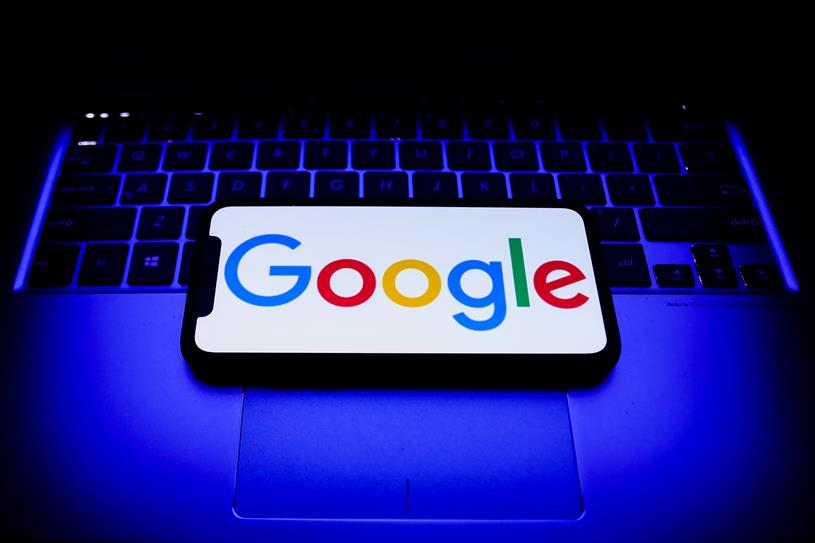 Quietly and without a pitch, Google folded its entire multi-billion dollar media account into longtime partner Essence in November. Google has worked with Essence on digital and programmatic buying for years, but Omnicom’s OMD and PHD handled offline planning and buying globally, likely worth hundreds of millions of dollars in billings.

The win isn’t just a testament to Google and Essence’s relationship; it’s a proof point that Essence’s strategy to expand into traditional and offline media buying has been successful. The digital native agency has been looking to grow into a full-service media shop for the past few years to be stickier with larger clients. 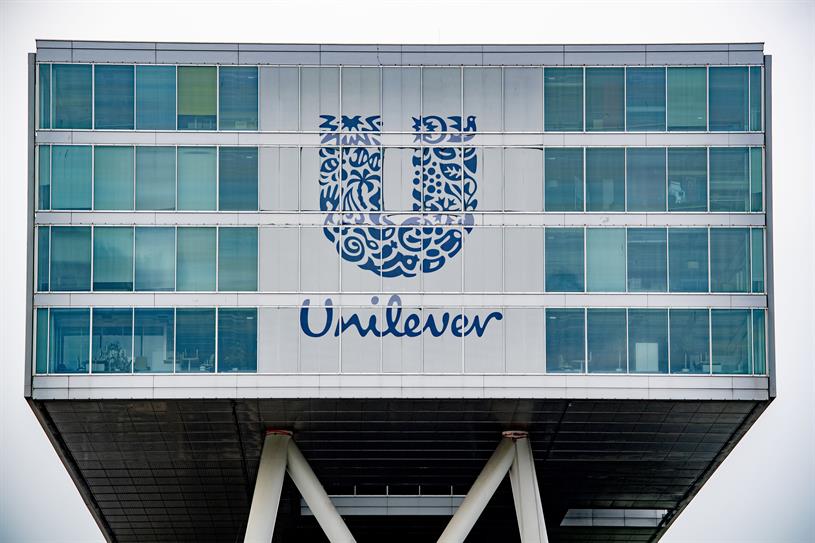 CPG giant Unilever awarded WPP’s Mindshare the majority of its $3.3 billion media business in a major retention for the incumbent agency. Mindshare retained most of the business across Unilever’s top six markets (U.S., the U.K. and Ireland, India, Indonesia and China) and expanded into new markets to hold roughly 80% of the business.

But other holding companies walked away with some of the prize. Omnicom’s PHD won Austria, Germany, Switzerland and Canada from WPP, as well as Africa, the Middle East, Australia, New Zealand, Hong Kong and Taiwan. Havas Media won France and Spain, which WPP previously held. IPG’s Initiative retained Russia, Ukraine, Belarus and Greece, and has business in Latin America. Asatsu-DK has the business in Japan.

It was the largest open review Unilever, which spends more than $8 billion on marketing annually, has held since 2015. 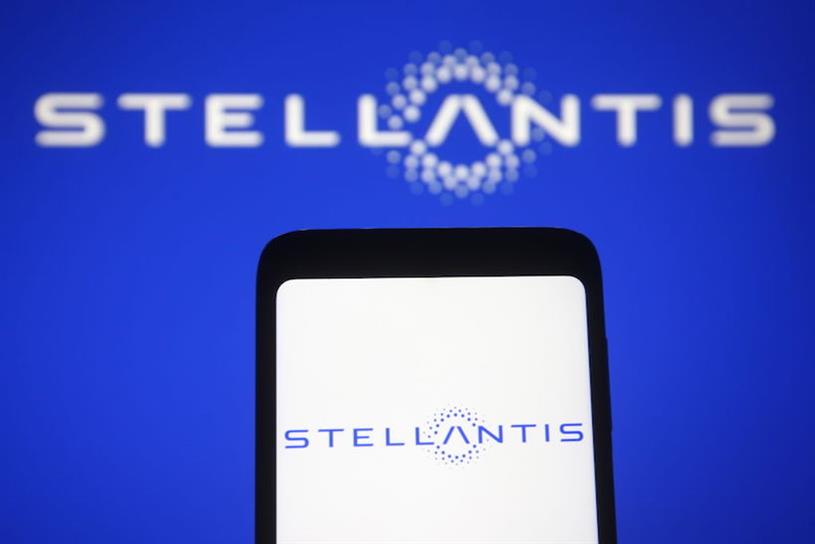 Stellantis kicked off a major review in March and Publicis Groupe walked away as the big winner, consolidating all 14 of the auto giant’s brands in the U.S., Canada and Europe under its umbrella. The total prize: nearly $2.5 billion in media spend. 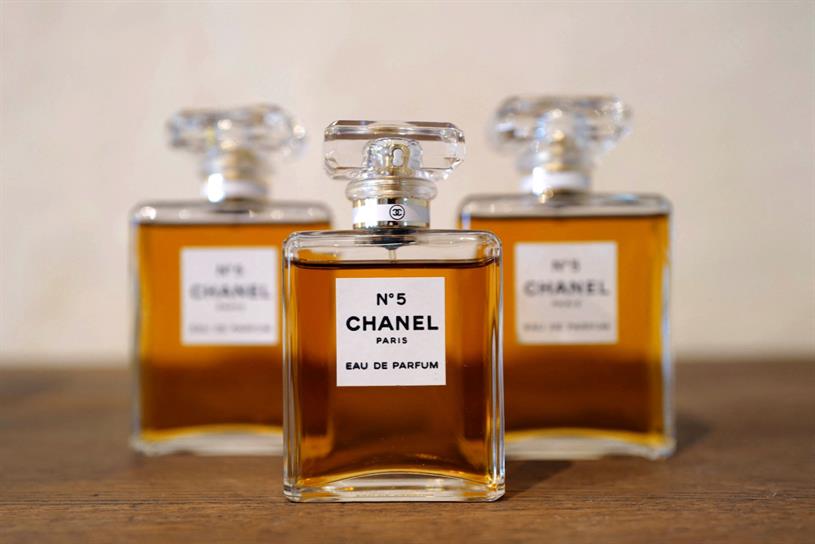 The largest luxury review of the year ended with Chanel dropping WPP like it was out of style after nearly 20 years to forge a new relationship with Omnicom. Chanel handles creative in-house but has a roughly $1.7 billion budget for “brand support activities.”

The relationship will kick off in January and PHD will handle the account. The last time Chanel went into review was 2013, and WPP won the account with a bespoke unit called Plus that drew on resources from Mindshare, Wavemaker, Ogilvy and AKQA. In 2022, Chanel will look to invest in technology to take advantage of fashion’s shift to digital.