Havas Worldwide still reigns supreme in September's new business league with multiple creative wins and a snag from Sanofi on the media side.

New business revenue is down 21 percent on 2018 across the 5,000 reviews tracked by consultancy R3.

Additionally, pitch volume is down by only eight percent.

"It’s the case of ongoing reviews for smaller and smaller slices of the pie, as marketers tighten their belts and look to multiple agency partners," said Greg Paull, Principal at R3.

With just three months to go until the end of 2019, a number of meaty wins have seen agencies jump up R3’s new business league.

The Disney outcome saw both Omnicom and Publicis climb the media table, but Horizon’s U.S. wins still kept them in top place, despite losing a chunk of Disney.

On the creative agency side, boutique shop Mother jumped into the top ten, claiming four out of the ten U.S. wins for September. Meanwhile, W+K slid into the top 20.

Havas still reigns supreme in the U.S. after a powerful August. The network closed out summer with a slew of recent creative wins from Michelin, White Claw (Hispanic market), Donut Shop Coffee, LA Clippers, Kombrewcha and part of Gap. Havas Media also had a good month, moving into the top ten with the Sanofi win and some other smaller accounts. 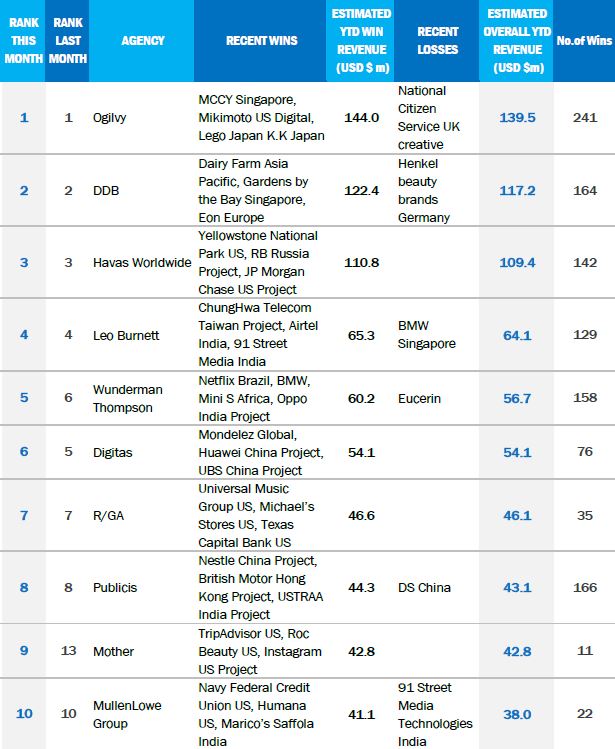 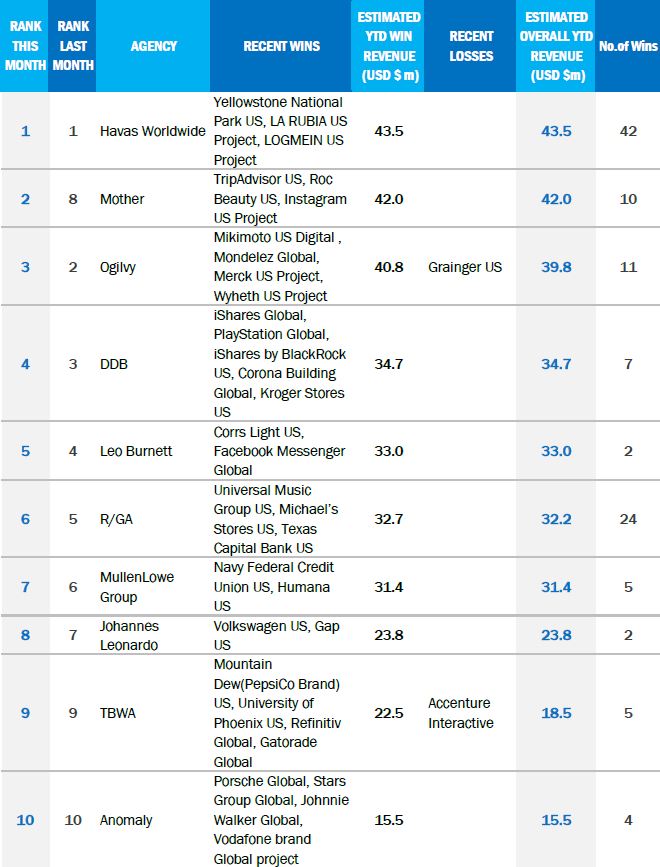 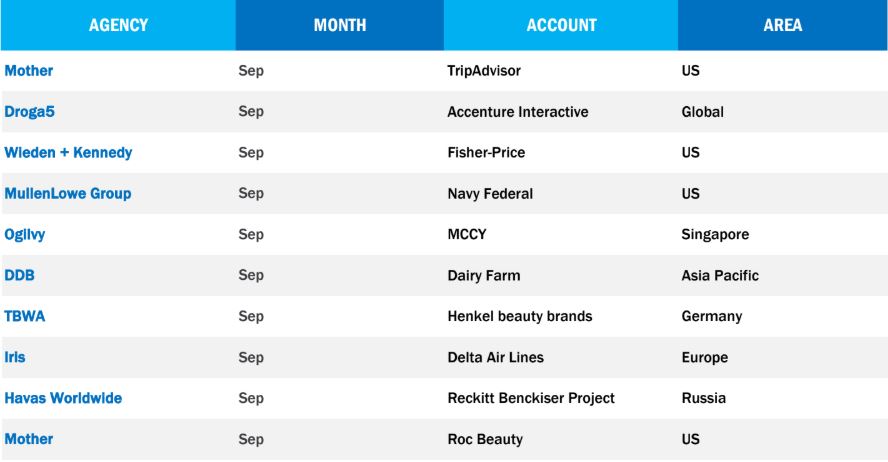 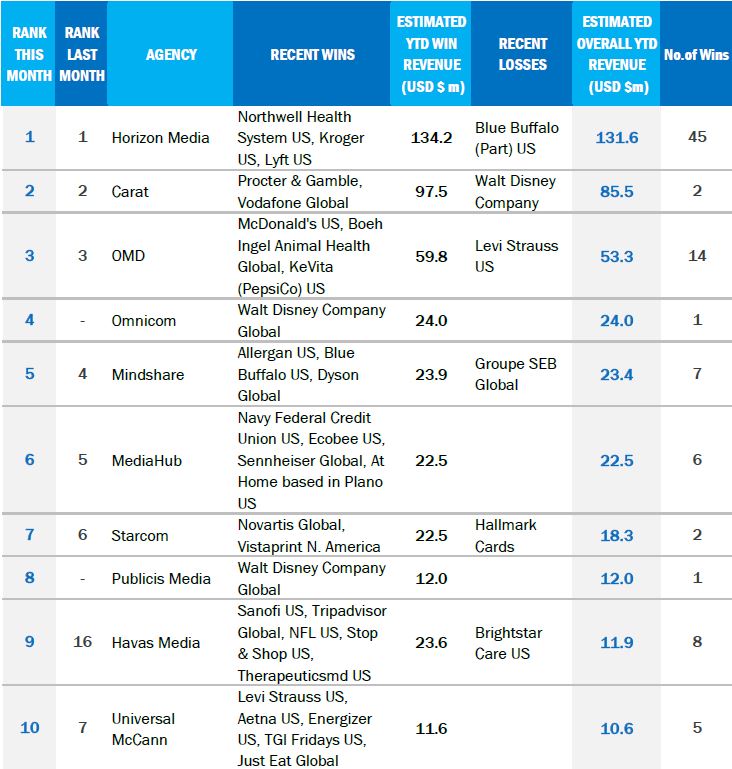 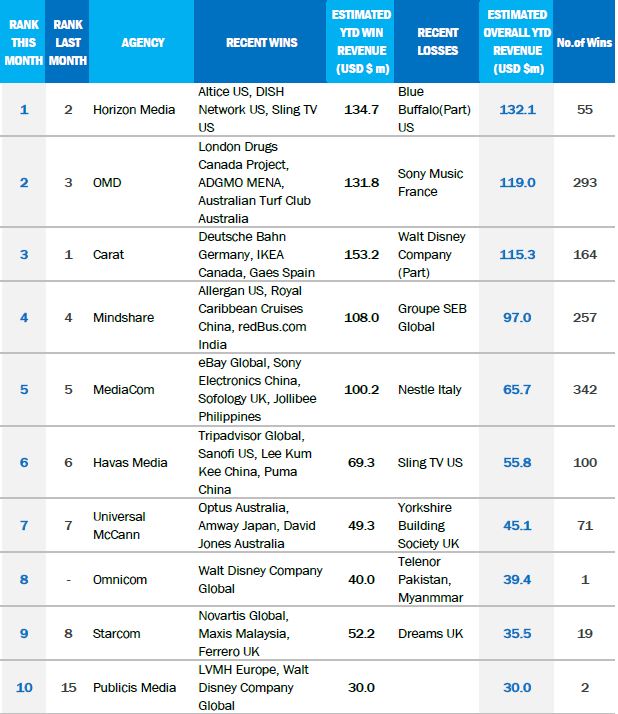