Over 4.4 million people talked about the Rio Olympics online this past weekend.

The 2016 Olympic Games are already shaping up to be the most social games of all time, partly due to the rise of Instagram, Facebook Live and Snapchat, which became popular after the 2012 games.

Brandwatch, a software company that analyzes social media for marketers, has compiled data from social media and other online media to see just how many times people were mentioning the Rio Olympics—and what topics, brands and players people were talking about—during the opening ceremony and first weekend of the games.

According to the firm’s analysis, the Rio Olympics were mentioned over 4.4 million times online from August 5, the day of the opening ceremony, to the morning of August 8. The opening ceremony alone, which celebrated Brazilian culture, saw nearly 875,000 mentions between 7 p.m. EST on Friday and 12:30 a.m. EST on Saturday.

There’s no doubt that there was a lot to talk about, even beyond the competitions.

During the opening ceremony, for instance, social media was ablaze with complaints about NBC’s delayed broadcast, the hefty amount of commercials, and the NBC Olympics CMO’s controversial comments about women.

But when Brandwatch examined mentions minute-by-minute over the course of the opening ceremony, three moments stood above the rest, winning the gold, silver and bronze for engagement. 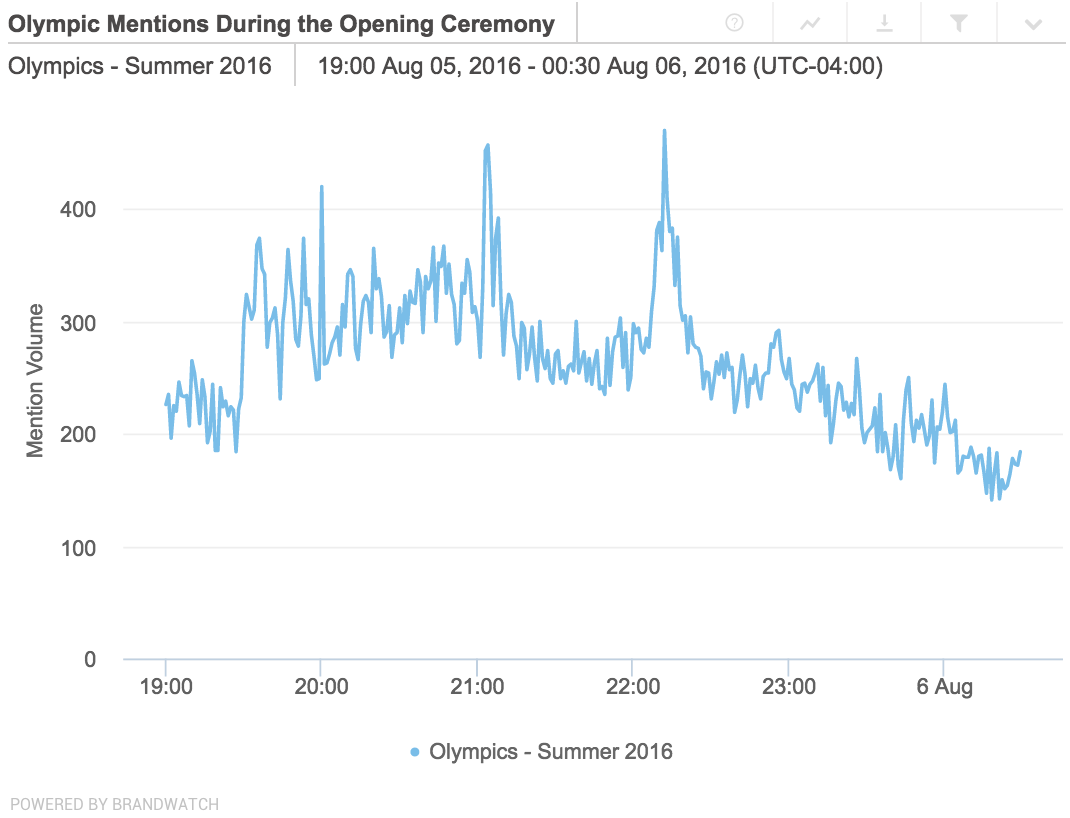 The entrance of Team USA at 10:12 p.m. EST saw the most engagement, resulting in around 4,700 mentions in one minute. The conversation was fueled by the excitement over Michael Phelps, the most decorated Olympian of all time (with 19 gold medals), who led the U.S. team as flag bearer for the first time.

Taking silver, with over 4,500 mentions in one minute at 9:04 p.m. EST, was the ceremony’s global warming and climate change message.

And the bronze, with 4,200 mentions in a minute, went to the public’s excitement over the start of the opening ceremony. Included in these messages were Olympians themselves, like Australian tennis player Daria Gavrilova.

This was amazing!! #OpeningCeremony #OneTeam ???? last post... I promise.. just too excited pic.twitter.com/DApU0Xp9A5 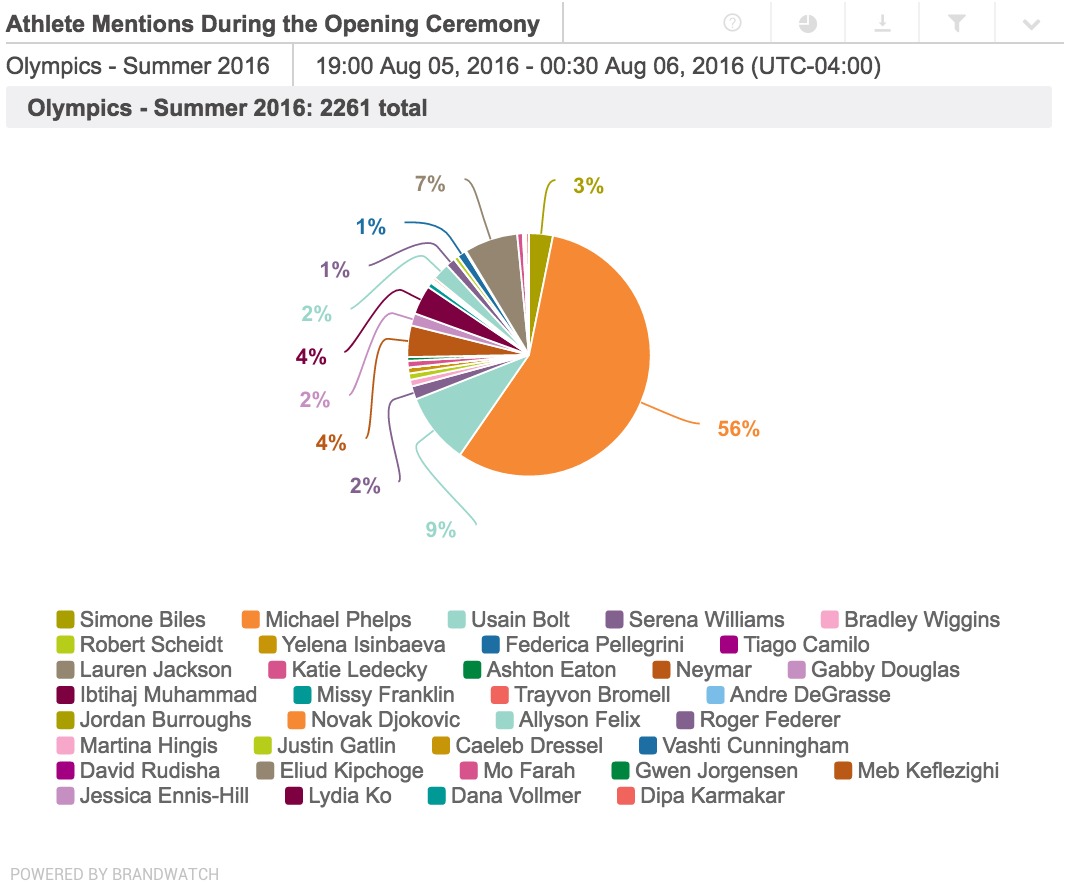 And when it came to watching the actual sport events over the weekend, audiences mentioned specific sports 43,308 times. Gymnastics and soccer were the most popular sports, both claiming 12% of the total mentions. 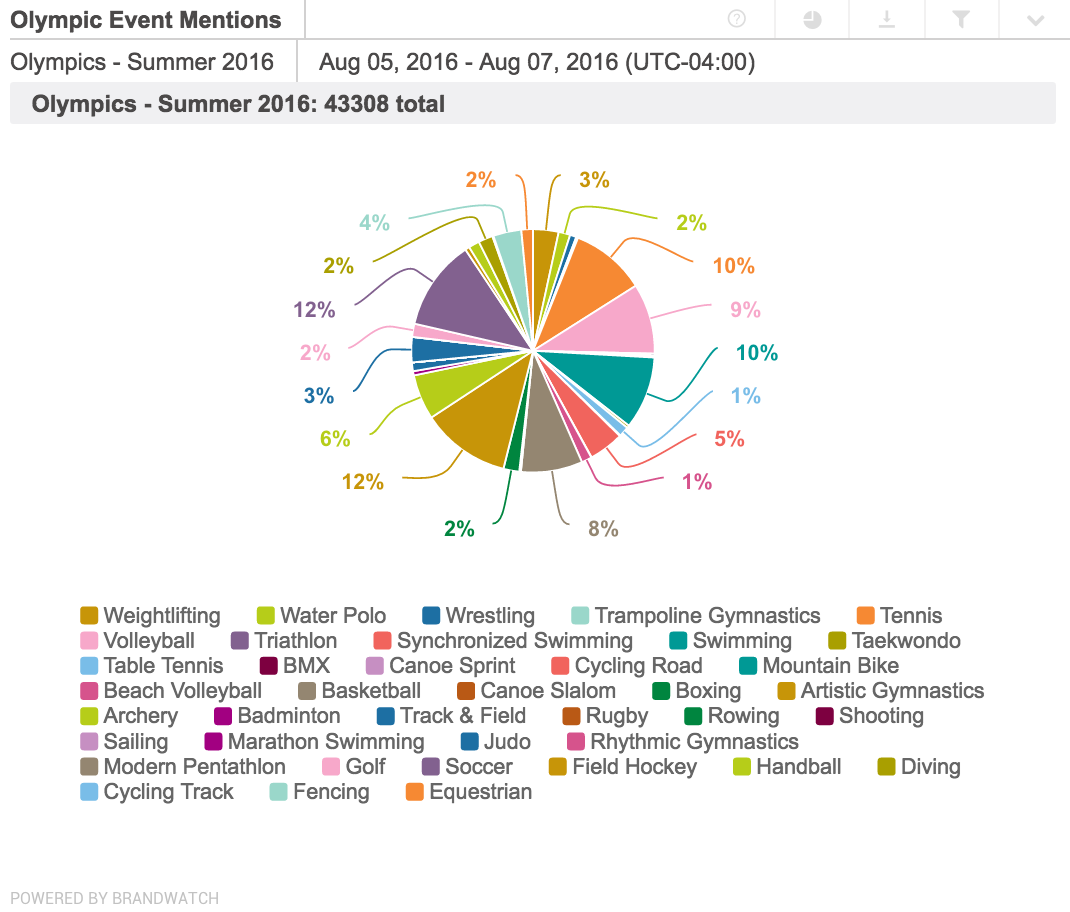 Team U.S.A. may be leading the games with 12 total medals so far, but what about the brands? 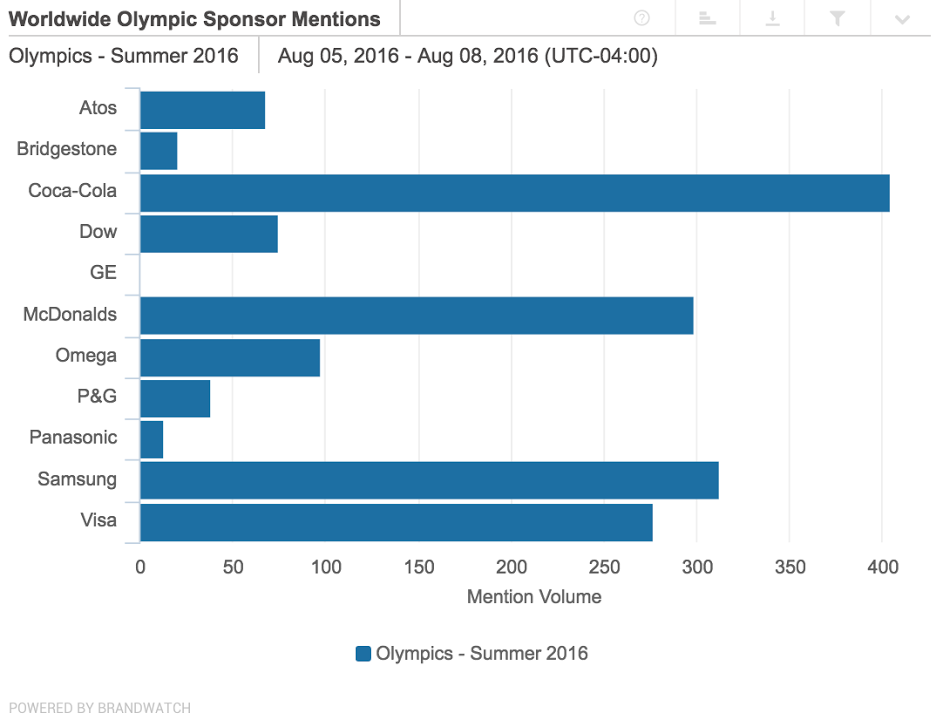 Coke to close its 'Park' in Japan after nearly 10 years

Here's what we learned analyzing 30 CMOs on LinkedIn

Why climate change is our most important creative brief

Nike takes Just Do It to crazy "Unlimited" heights

Dogs flood a room to synchronize swim for Farmers Insurance