You heard that right.

The clothing has been proven to increase energy efficiency and output by reducing the rise in core temperature during exercise, similar to wearing a cooling vest circulating cold water.

The upgrade in performance is so notable, results are like those seen from illegal doping, the brand claims.

"If we can convince even one clean athlete to start doping with our fabric technology, then it’s all been worth it," said Dr Greg Haggquist, CTO and founder of Cocona Inc., parent company of 37.5 Technology.

37.5 Technology -- named this because the body’s core temperature of 37.5°C helps keep the microclimate next to your skin at the ideal relative humidity of 37.5 per cent -- worked with Colorado-based agency WorkInProgress to design "doping kits" with a clever play on words in the lead up to the Tour de France. 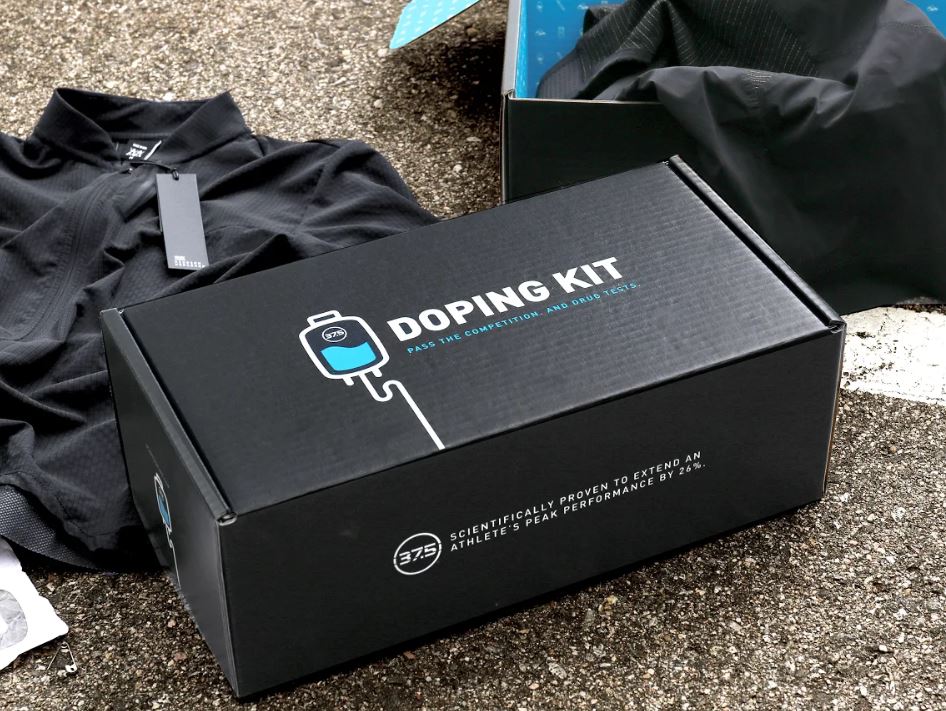 A study done by the University of Colorado Boulder recently compared two identical shirts; one with 37.5 technology and one without, alongside a third test case of an ice jacket circulating water at 4°C. The 37.5 technology shirt had a lower temperature build-up (1.52°C increase) compared to the performance wicking shirt (1.66°C increase).

The doping kits, available at StartDoping.com, contain a cycling jersey, bibs and socks with 37.5 Technology made by Mission Workshop.

It comes after WorkInProgress teamed up with the brand to launch a shop which was suspended on the side of a cliff face. The campaign won a bronze Lion at Cannes this year.

"Given that doping has played a key role in sports over the last 50 years, particularly cycling, we figured the best way to get cyclists’ attention was to give them what they want, a legal way to dope," said Andrew Lincoln, a creative leader and co-founder at WorkInProgress. "We’re using the tried and true ‘first taste is free’ approach."

Are we there yet? Deutsch's Marieme Sall praises Diet Madison Avenue