It took Pedigree and BBDO more than a year to find the tag line. This is what happened to it next

What goes into making a global ad campaign? Pedigree and BBDO spent more than a year trying to find the one big idea that would make dog lovers all over the world fall in love with the brand. This is the second in a two-part article about how that campaign came together. Click here to read about the long search for "Feed the Good."

"First days out," Brazil, AlmapBBDO
In its first years on the Pedigree account, AlmapBBDO in Brazil had conducted a social experiment called "get a dog, get a girlfriend." The agency created two Tinder profiles for the same man – one in which he appeared alone and one in which he appeared with a dog. The profile with the dog received three times as many positive reactions, suggesting women – and perhaps all of us – look more kindly on a person with a dog. The experiment became the subject of an online video promoting Pedigree’s adoption program. 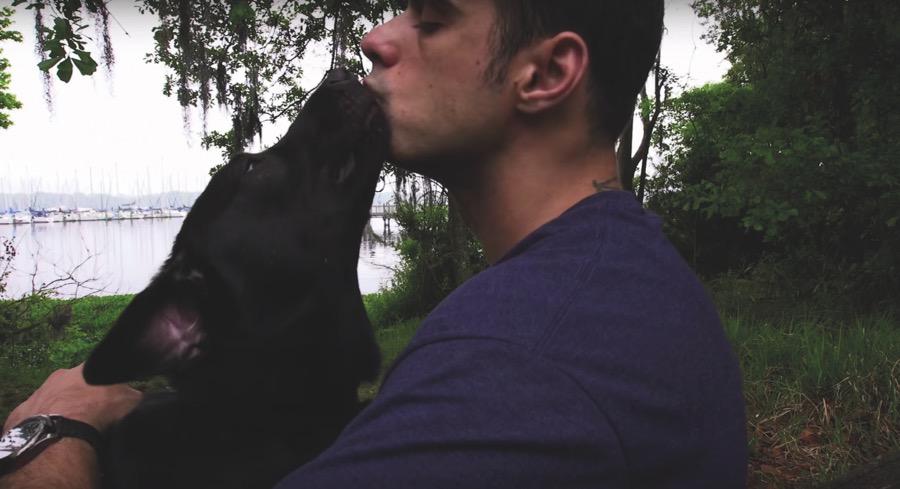 After "feed the good" was developed, AlmapBBDO started playing with the idea that dogs improve our opinion of a person. What they needed was someone in need of image rehab, someone who deserved a second chance. They settled on ex-convicts, whom they realized would pair well with dogs in need of adoption.

"There’s a parallel between the dogs and the ex-convicts in that the dogs were in prison for a long time too," Luiz Sanches, a creative director at AlmapBBDO, says. "As soon as they leave the jail, people are really prejudiced against those people. But, you know, everybody deserves a second chance. Why not take some ex-cons and just make that parallel with the dogs?"

Though the film was shot in Arizona for budgetary reasons, the criminal rehab issue has special resonance in Brazil, which has the fourth-largest prison population in the world, Sanches says.

The resulting work was a four-minute documentary called "first days out." As it begins, 23-year-old Matt and 38-year-old Joey are being released from prison, neither to promising circumstances. Each man is then shown adopting a dog, courtesy of Pedigree. Little by little, their lives improve: jobs, haircuts, even potential girlfriends. The video culminates in a reunion between Matt and his father.

The documentary debuted online in April, making Brazil the first country to launch the global "feed the good" campaign – a move very much by design, Sudakov says.

"It was so critical to see that the campaign was actually launched in Brazil," he adds. For one, "Latin America is the fastest-growing pet-care region in the world." But it was also symbolic of Pedigree’s quest to stage a genuinely global effort, not just something dictated to the world by New York.

Central to the "feed the good" brief was that the campaign be multiplatform. To the creative team in New Zealand, who are used to dealing with smaller budgets, that felt like an opportunity.

"This isn’t a big enough market to run 60-second TV spots or create beautifully crafted pieces of film," Ahmad Salim, the group business director on Mars at Colenso BBDO, says. "We don’t have the budgets for that down here. So we had to think in another way." 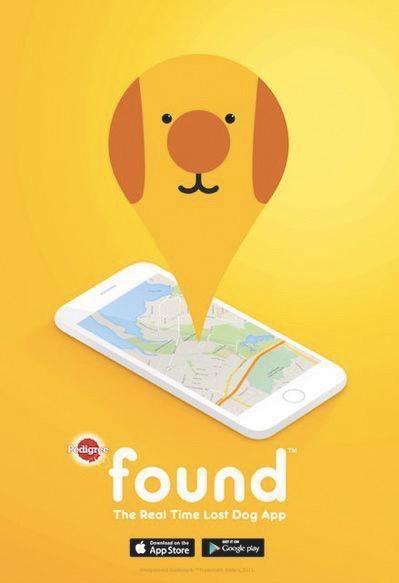 What they did have was a close relationship with Google. In 2013, Google’s in-house agency, Zoo, had approached Salim and Blood with a technology that combined geo-targeted ads with real-time ad-serving to deploy the Google ad network in a wholly new way.

"Collaboratively, we settled on the idea that this would be a brilliant way to solve a problem for dog owners," Salim says. "Even in this day and age, there’s nothing fast available to help you if your dog goes missing. So we developed this idea, took it to the local clients and they loved it."

What they developed was Pedigree Found, an app that updates the "lost dog" poster for the digital age. Users register their dog when they download the app. Then, if their dog goes missing, all they have to do hit the app’s "Lost" button to instantly send a customized "lost dog" message across the Google Display Network to everyone within a 1.5-mile radius. A notification is also sent to other owners using the app, who can hit a "Seen Him" or "Got Him" button.

"It just fit in so beautifully with the concept and insight behind ‘feed the good,’" Salim says.

The New Zealand team is currently working with the global digital head of Mars and planners from MediaCom to introduce the app in other countries.

They may not have had the budget to produce a TV ad but, in 2014, the creative team from New Zealand submitted a script called "the walk" that was critical to the development of the overall campaign.

"A lot of people perceive the creative process as sort of a Ford Model T assembly line," Lubars says. "First, you do research, then you do strategy, then you do an insight, then hand it to the creatives. That’s not how it works. You do the research and strategy, and then you start making work, because you have to see if that strategy is actually executable."

Soon after Ketchum came up with the "Feed the good" line, the New Zealand office came back with a script that "really showed what dogs do for people." 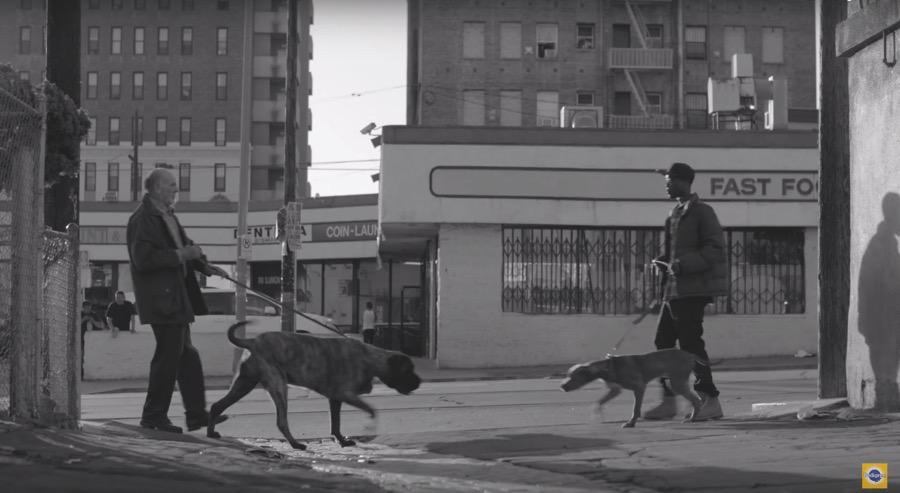 The film starts with an older white man locking up his home as he takes his dog for a walk. Bars on the windows and the sound of sirens indicate that this is a rough neighborhood. As he walks down the street, he locks eyes with a young black man walking toward him with a dog of his own. Both maintain hostile expressions as they approach one another. Once they meet, the dogs begin to sniff and lick each other, breaking their owners’ resolve.

Though conceived on the other side of the world, the ad had obvious relevance in the US at a time when racial tensions are running high. In early 2015, the New Zealand team came to the States to help film the minute-long spot. The ad debuted online in the US in May and has since been viewed more than 13 million times.

Having not been part of the original strategy crew, the Australian office saw the script for "the walk" during their first briefing on "feed the good."

Clemenger BBDO’s executive creative director, Ant Keogh, and managing director, Bryce Coomb, tried thinking of a version of "the walk" that would have special relevance in their country. It took several false starts – including one script that was apparently too similar to one being produced in South America (Lubars vetoed it) – to hit on the right one. 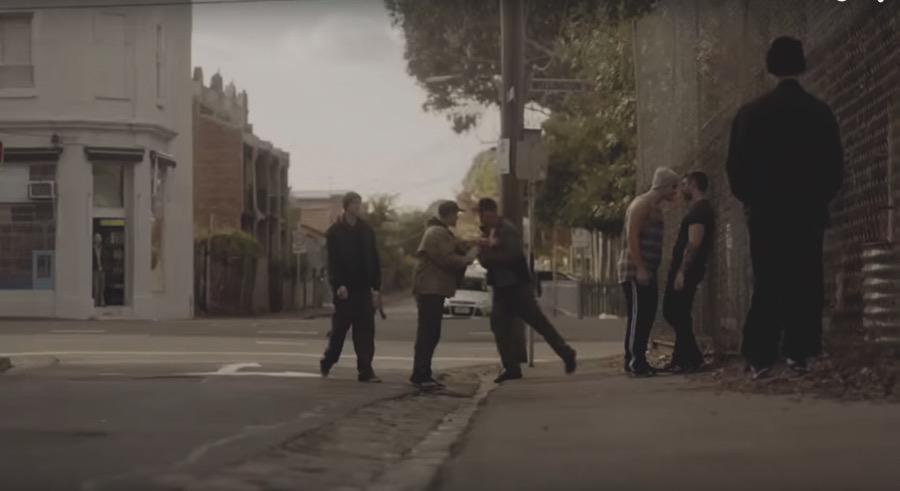 Unlike in "the walk," the mere presence of a dog wouldn’t be enough. "Because we had started it with a fight, it wasn’t going to be enough to have a dog standing there to break them out of it," Keogh says. "It needed to have higher stakes – a jolt." The solution was a dog in trouble.

The resulting 30-second ad, simply titled "feed the good," is a story about two rival gangs that stop fighting to rescue an old man’s dog that wanders into traffic. Within seconds, the fighters go from punching each other to smiling and petting the dog’s head. "The idea is that, in the midst of doing something bad, their better self will come out to save the dog," Keogh says.

The Australian ad was the second piece of the global campaign to debut after Brazil.

In development, China, BBDO Beijing
The global "feed the good" campaign isn’t set to hit China until 2016. Currently, the BBDO Beijing team is trying to "lock down on one area of social tension" to focus on, the chief creative officer, Arthur Tsang, says. Issues suggested by the agency’s planners include corruption, eroding moral values, discrimination against migrant workers, tensions between husbands and wives who feel they have been forced into marriage, and bullying in schools. 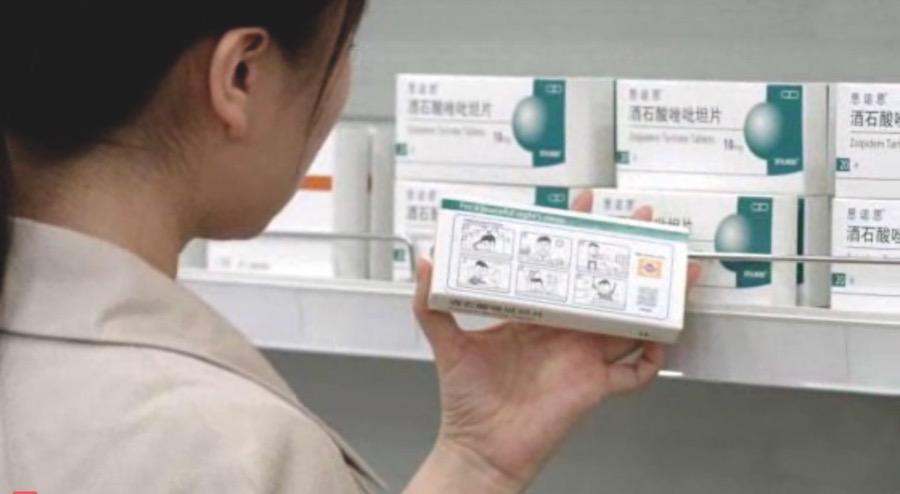 Meanwhile, the agency is preparing to launch a local "side activation" for Pedigree it calls Pills and Pups. The idea is to place stickers promoting dog adoption on the back of pharmaceutical boxes in drug stores. Though they are designed to look like drug interaction labels, the stickers actually contain cartoons showing dogs making people healthier. A QR code leads to the site for an animal-welfare charity supported by Pedigree.

Though such a tactic would likely get unwanted attention from the FDA in the US, not to mention any number of patient advocacy groups, there seems little fear of such things overseas. "It’s a cute way of bringing to life the health benefits of owning a dog," Tsang says.

Panthera's plan: Save tigers by giving them royalties

Pedigree 'The Walk' by BBDO NY