Barclaycard is about to turn 50 and chief marketing officer Katherine Whitton is determined to avoid the common faux pas of brand birthdays. "Often brands kind of get it wrong – anniversary comms tend to be a little bit self-congratulatory," she says. "In the UK landscape, 50 years isn’t actually that long – our parent company is 325 years old."

If there’s a hint of a humblebrag in the reference to Barclays being founded in 1690, Whitton might also be underselling the landmark reached by the UK’s first credit card, which arrived on the scene on Wednesday 29 June 1966. Bank of America had created the world’s first recognisable credit card in 1958 but Barclaycard was the first outside the US.

One thing that has transformed beyond recognition in Barclaycard’s lifetime has been consumer attitudes to money. "The biggest change has probably been in the level of trust," Whitton, who believes this is an advantage for the Barclaycard brand, says. "The brand acts as a trust mark for people to feel they can engage with it. It allows us to do what has been constant in our DNA – bring new ways of buying and selling into the market."

The rate of change in payment technology has certainly accelerated: it took 21 years after the launch of the credit card for debit cards to arrive (with Barclays, again, introducing the first) and then another 17 for signatures to make way for chip and pin in 2004.

"The brand acts as a trust mark for people to feel they can engage with it. It allows us to bring new ways of buying and selling into the market"

Only three years after that, Barclaycard released the first contactless payment card. While some providers have been slow to embrace contactless, Whitton says it benefits Barclaycard for all the players to be up to speed. "To get merchants to go contactless, they have to believe it’s to the advantage of all their customers," she says.

The ‘Intel of payment’

In the meantime, the brand has taken further steps into the great unknown of payment technology – a process that included being the first brand to put contactless payment into phones through the Quick Tap venture with Orange five years ago. In June last year, Barclaycard officially launched wearable payment product bPay, which works using wristbands, stickers and key fobs that function in the same way as contactless cards and are available to customers of any bank or provider.

But Whitton’s ambition for the technology goes far wider than this. "The really exciting thing about bPay is not our branded products but how it can become almost the Intel of payment – that is, it can find itself in other devices," she says. "We got together with Topshop and introduced a range of more fashion-related items in November last year. We’re in the midst of talking to other sectors and industries so we can embed bPay into other types of devices."

Whitton says the thinking behind the bPay project is to separate customers’ banks from the devices they want to use – an initiative it calls Pay Your Way.

"We wanted to give anybody the opportunity to pay another way. Even if your bank doesn’t offer contactless, you can connect your debit card into bPay and make it contactless. That was really what we wanted to do –  democratise contactless," she explains.

Alongside this, earlier this year Barclaycard became the first UK company to offer a contactless payment system in Android phones, trumping the launch of Android Pay.

"That was really important to us because we also rolled out Apple Pay," Whitton says. "Across those three areas of contactless development, we’ve got over a million or so people using new ways to pay – all in the past 12 months."

All of this may have seemed the stuff of science fiction in 1966 but Whitton says the purpose of Barclaycard – and how its offer is communicated – has remained constant. "The one thing that hasn’t changed is the intent of the brand, which is to enable both the shoppers and shopkeepers," she says.

When devising its 50th-anniversary campaign, the team looked back at the brand’s first marketing activity, which presented Barclaycard as an "enabler of shopping".

The campaign has two components, both of which riff on this idea. The TV work, which launched last week, has a voiceover from comedian David Mitchell, who refers to Napoleon’s quip that Britain was a "nation of shopkeepers". It celebrates retail owners, the facilitators of what Whitton calls "Britain’s national pastime". It was created by Iris and directed by The Full Monty’s Peter Cattaneo.

Next month, the brand will unveil a gamified online campaign that aims to identify Britain’s definitive shopping basket. In "The Barclaycard great British shopping showdown", created by AKQA, players are presented with two items and have to pick the one they believe to be the most quintessentially British. The top ten items will be revealed later in the year.

Much may have changed in half-a-century but Whitton asserts that Barclaycard’s marketing approach has not: "We aim for our comms not just to be simple and clear but also to make people smile." 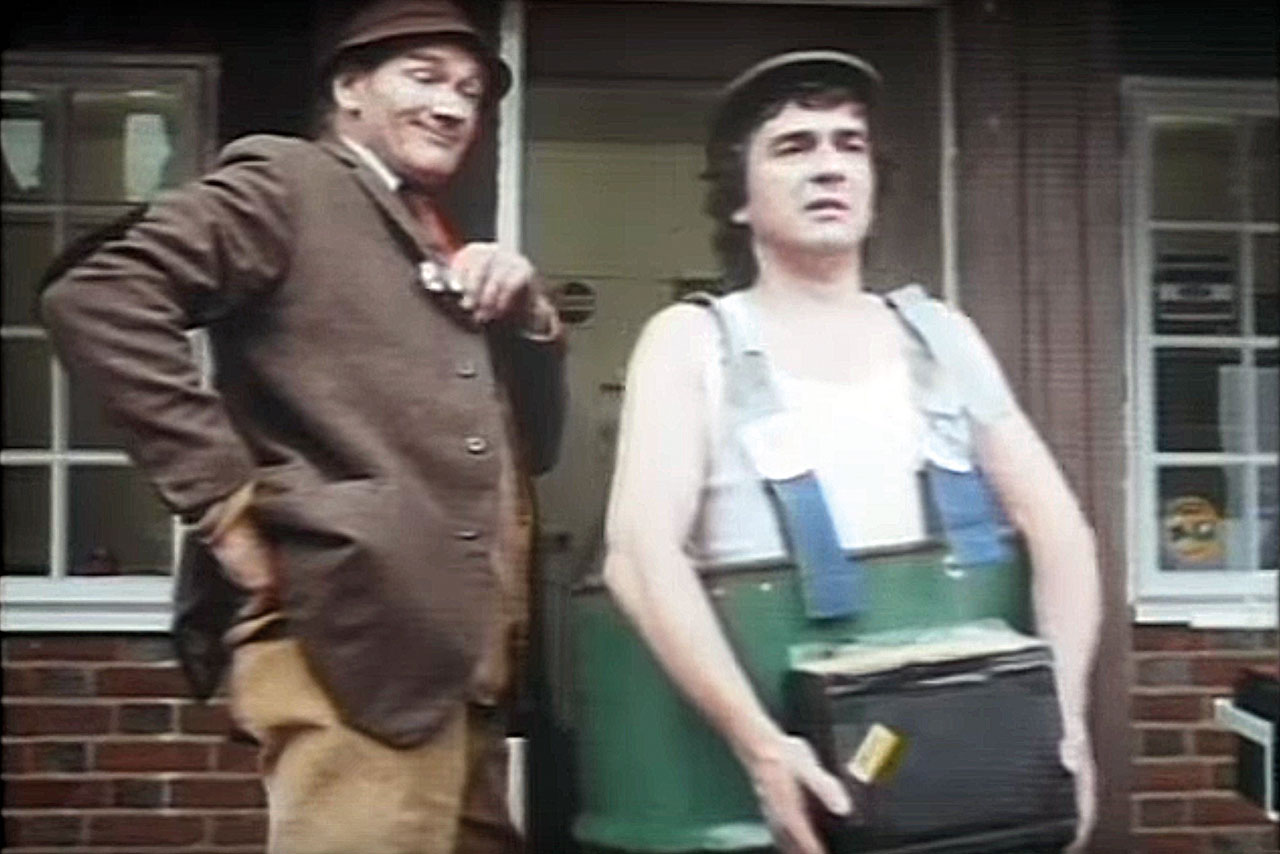 Dudley Moore was the first celebrity to appear in an ad for the brand – he starred in four spots between 1978 and 1980. 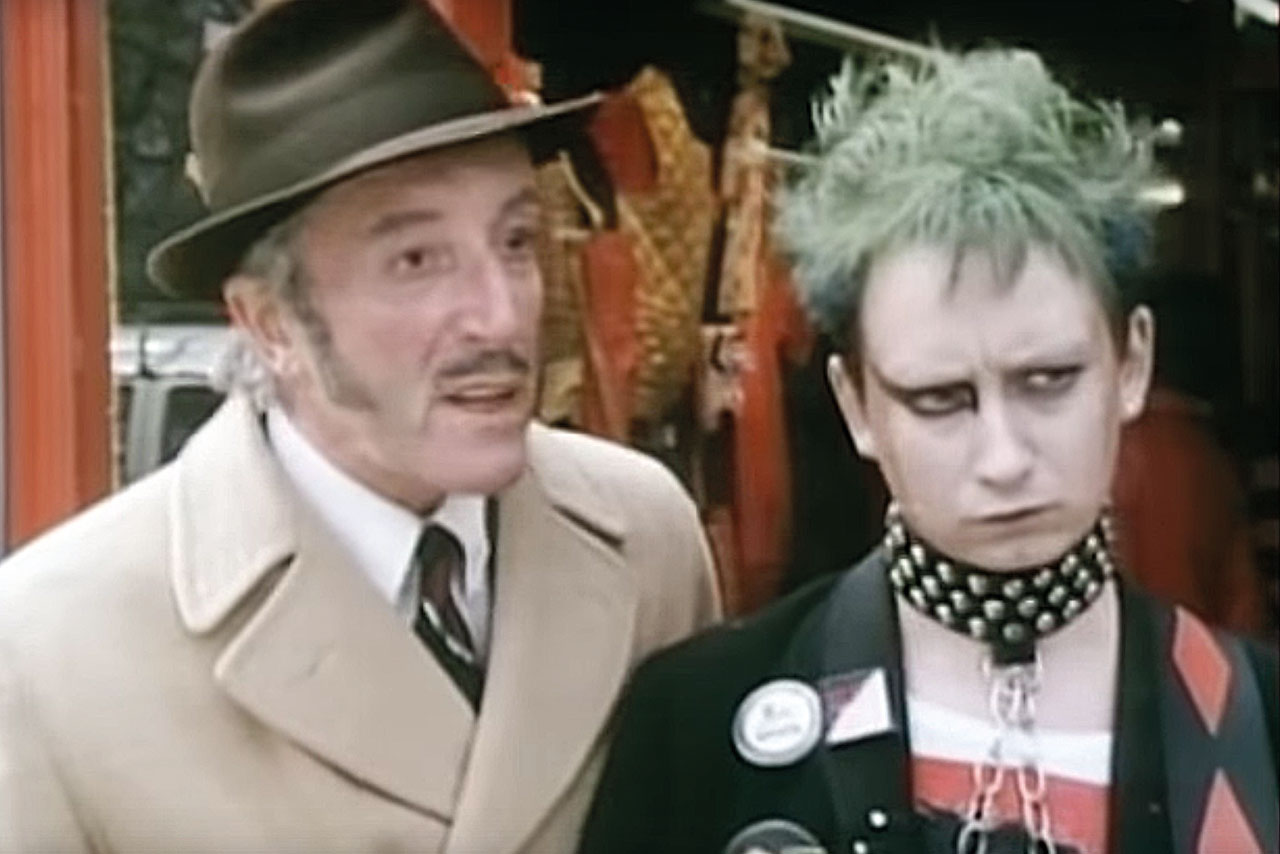 This series was the last time Peter Sellers was captured on camera before his death. 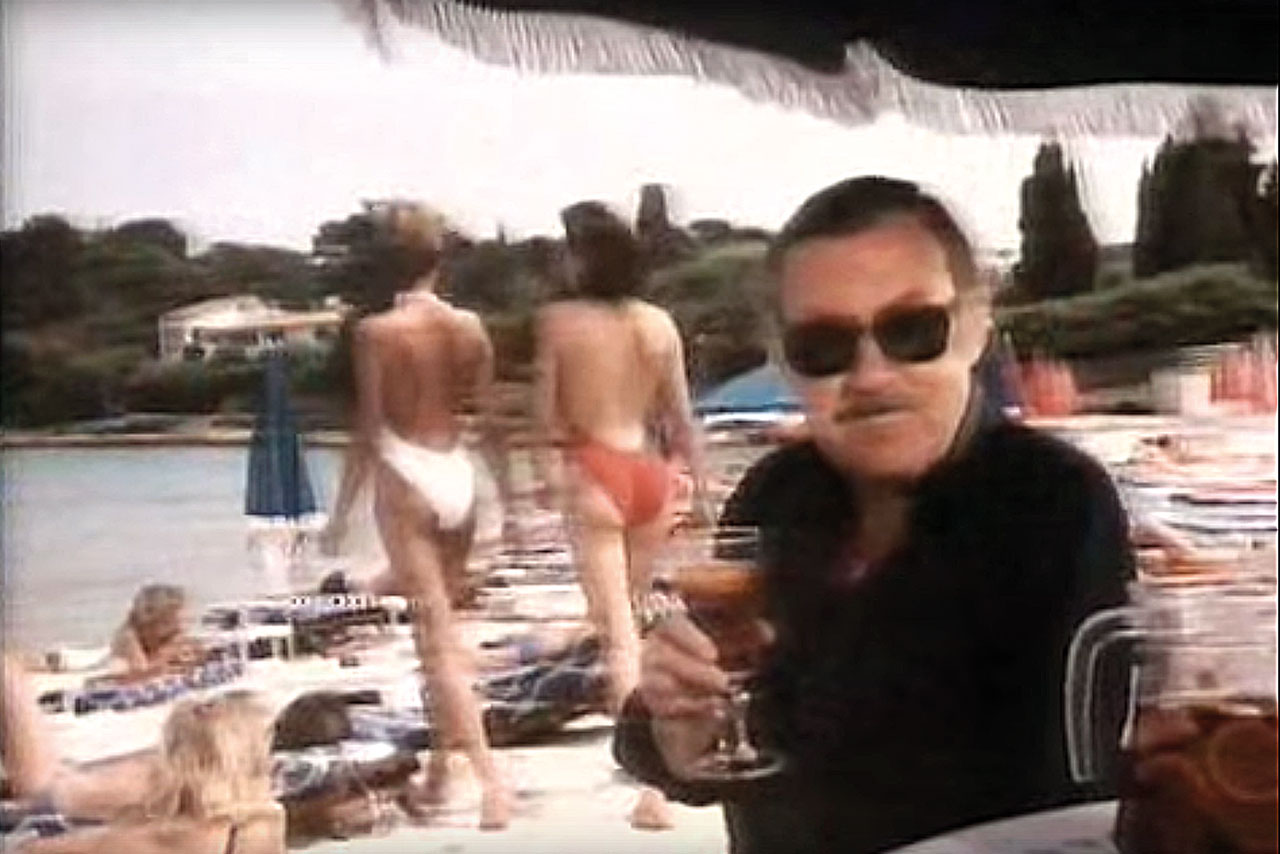 Globetrotting Alan Whicker was the face of various travel-themed ads in the 1980s. 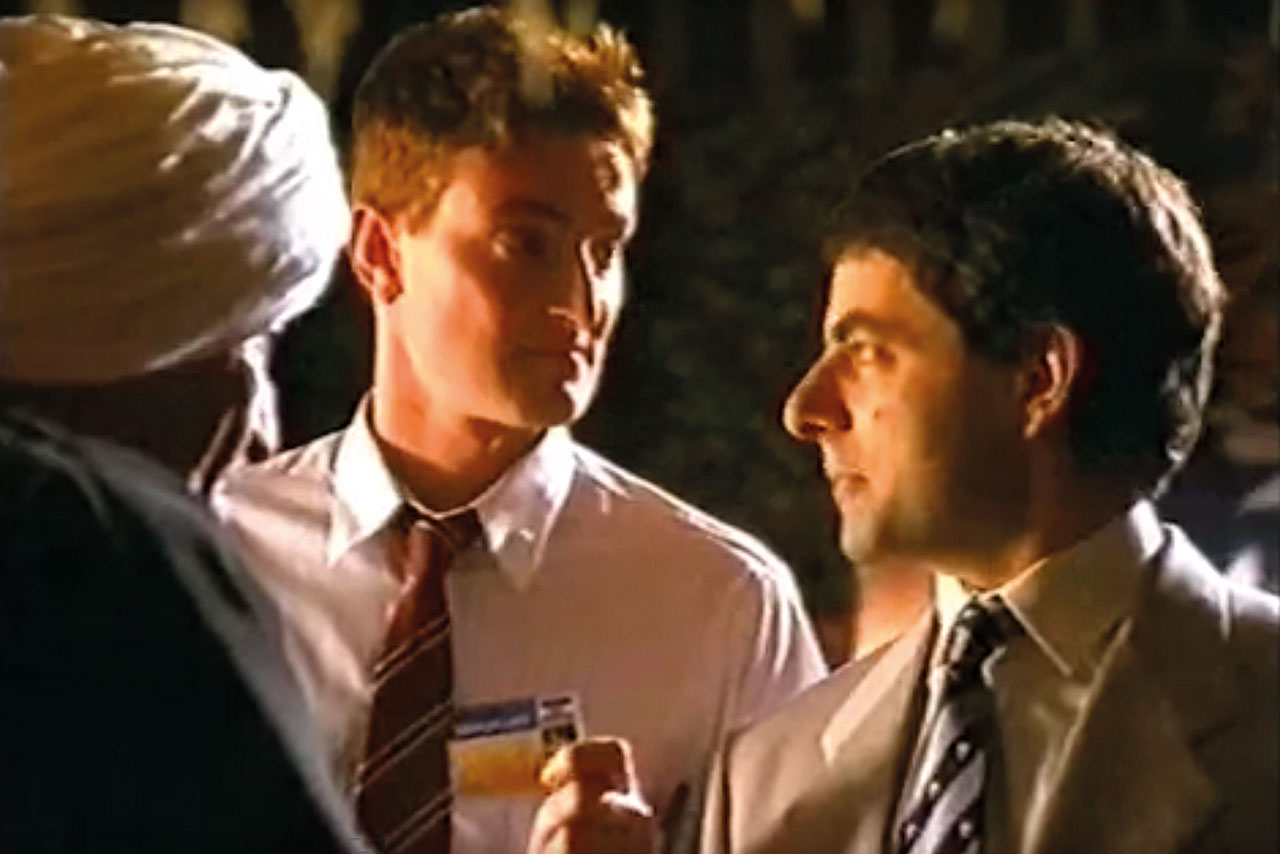 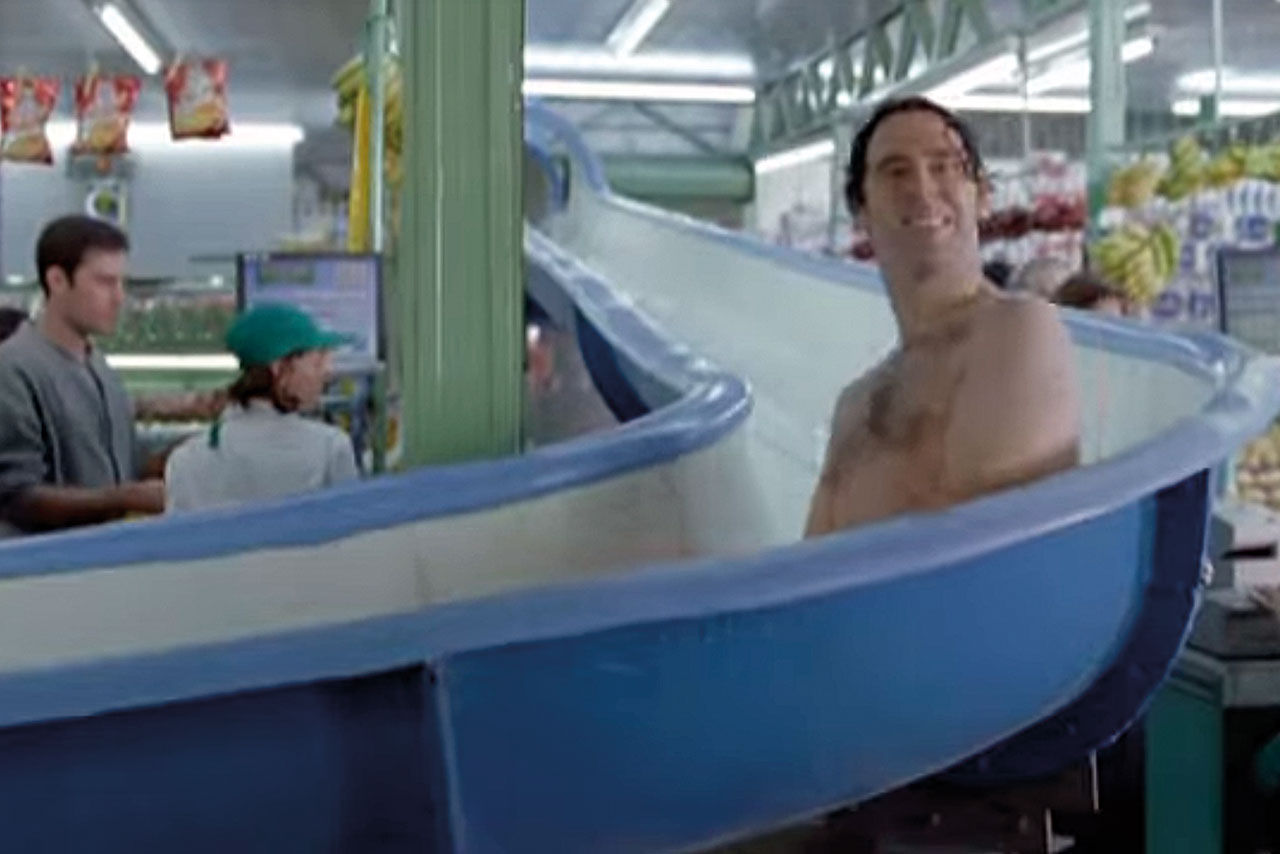 The campaign marked the launch of contactless payment.