Patrick Bousquet-Chavanne, the marketing director at Marks & Spencer, told Campaign this week that he moved the supermarket's media account to WPP's Mindshare to reflect a new focus on international and digital advertising.

Bousquet-Chavanne took over as the executive director of marketing and business development at M&S in February. M&S announced it was promoting him to replace the retiring Steven Sharp in May 2013.

In March 2014, the retailer moved its media planning and buying account to Mindshare, after 14 years with Walker Media. The move consolidated M&S’s media and creative accounts into WPP agencies, as it already works with Rainey Kelly Campbell Roalfe/Y&R on creative work.

Bousquet-Chavanne spoke to Campaign about the future for the brand, whose sales have started to show signs of improvement after ten consecutive quarters of falling clothing sales.

What were the key factors in appointing a new media agency?

Digital capabilities were one of the critical objectives. I think everybody is looking at the evolving multimedia landscape, and understanding that we are in a rapidly changing world, where capabilities have got to stay completely up to date – and I’d say more than up to date: at the forefront.

The second important point [was that a successful agency had] the capability to scale up whatever we do in the UK in real-time, internationally. Marks & Spencer is now in a growing number of markets as a global brand, and my objective is clearly having a global marketing mindset and a global digital mindset, and the network and the capabilities to extend our reach in real time.

Why did you only invite Mindshare to pitch against the incumbents?

We allowed all three [Walker, Mindshare and the incumbent for digital media, Profero] to present a completely integrated digital and media-buying and strategy planning capability. Walker came in with large numbers of their new partners at Publicis, and Profero come in during the course of the pitch with an expanded capability coming from the Lowe Group as well, so we had the three very capable, highly articulated companions for the account.

Why did Mindshare win the pitch?

There was a due process, where we had three agencies competing over three months, and presenting some very concrete strategies on how they would handle the even more complex needs of Marks & Spencer in a digital world.

The outcome was we felt Mindshare was the best poised out of the three companies, and demonstrated the strongest strategic views and indeed integrated digital capabilities to move us forward. 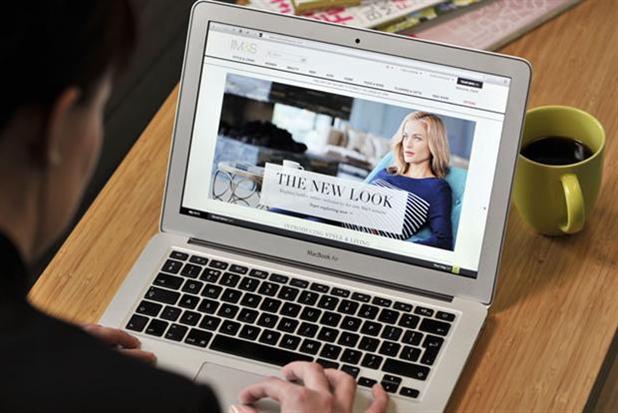 How much of an advantage is it to have both your creative and media accounts with WPP now?

I think there are some merits to an integrated approach, but I don’t think that in itself it is the single biggest objective.

We are able to pull creative ideas and new technologies from a variety of sources, including non-WPP sources, and we remain very open to continuing doing that. Clearly there is some proximity between RKCR/Y&R and Mindshare that we will be exploiting.

How much is the marketing to blame for the falling clothing sales at M&S?

Marketing is a core element of any business performance and how we are able to connect with consumers. My view is that brands have got to be very forceful for their own airtime, their own engagement and being able to respond in real-time to the consumers.

And that’s the role of marketing through social, through content publishing. But it takes several other aspects such as touching consumers though in-store environments and the tone of voice of the brand. Marketing communication is a integral part of that, but one of several links that make the performance of a company.

Do you aim to reach any new sales targets as a result of the change of media agency?

I won’t comment on sales targets. We are, as you have witnessed, on a five-stage transformation initiative at M&S, which has been the case for the last three years. We are pleased to see some of the recent positive trends and that we are able to impact the business with our womenswear and women’s clothing, it’s an important catalyst for getting more consumers in to the stores.

The most recent campaigns, from 'Leading Ladies' to our food campaigns, have had some terrific consumer response, in terms of getting traffic into the stores. So we are staying very focused at delivering the turnaround. Obviously, the new capabilities and our new strategic thinking in terms of the role of digital, the role of publishing within the heart of the brand are essential for improving those performances.

How much longer will the Leading Ladies campaign run for?

I won’t disclose our promotional plan, but why would we move away from something that’s working?

Will the next Christmas campaign be similar to last year’s?

We all understand the importance of the Christmas season. It connects the heart of the nation, as well as it being important to trade and perform well during that season.

I think there are some very unique things we did last year. It’s the first time we’d brought food and general merchandise together under the same creative idea ["Believe in magic and sparkle"].

The Christmas sales weren’t as high as expected, has that changed your campaign plans for next year?

We didn’t hit our objective during the holiday season, as the market was a very heavily promotional market.

We believe that the campaign held very, very well and ended up with one of the highest recall and brand awareness of campaigns in the last seven years. So we were please with the outcome.

Will you now hold a review of your creative advertising account?

We always evaluate what’s going around at this point in time, but we don’t have a plan [to do that].

How do you look back on the departure from Walker Media?

We don’t move away from a relationship of 14 years with Walker Media easily. We’ve had a great team of people who were very dedicated to the M&S account over the years, who really cared about our business and were really strong passionate advocates for the brand.

So I do want to thank them publically for their contribution. During that timeline, they really helped us land some pretty amazing and iconic marketing campaigns with real impact to the consumers. But now we’re looking forward.