Pranksters have set up spoof domain names and social media accounts in name of GreyKQA, AKQGrey and AKQA Group.

A parody website that makes fun of the AKQA-Grey merger has emerged online.

The site, aptly named GreyKQA, describes itself as “not the combined agency website of ad juggernauts Grey & AKQA”.

Instead, the spoof GreyKQA website, which features a gif of Dr Evil from the Austin Powers movies overlaid with the word “#digital”, reads: “After 103 years WPP decided to 86 one of advertising's best.

“They 'merged' the name & reign over to rock solid digital house AKQA.”

This is in reference to WPP's plans to merge AKQA and Grey to form AKQA Group.

When the merger was first revealed by Campaign on 11 November, WPP said it was designed to “offer clients outstanding creativity, innovation and brand-building at global scale”.

WPP added two days later that it will keep the Grey brand “for some time”, in response to media coverage suggesting that the agency’s name was being retired immediately in favour of AKQA.

The parody site says that the official website for the combined group can be found at AKQA.com and "not at AKQGrey.com or AKQAGroup.us" -- “because consultants”.

That's thought to be a reference to how consultants have advised WPP on restructuring.

The pranksters, who have not disclosed their identity, have also created spoof social-media accounts on Twitter, LinkedIn and Facebook, with a profile picture of former WPP chief executive Sir Martin Sorrell, who now runs S4 Capital. 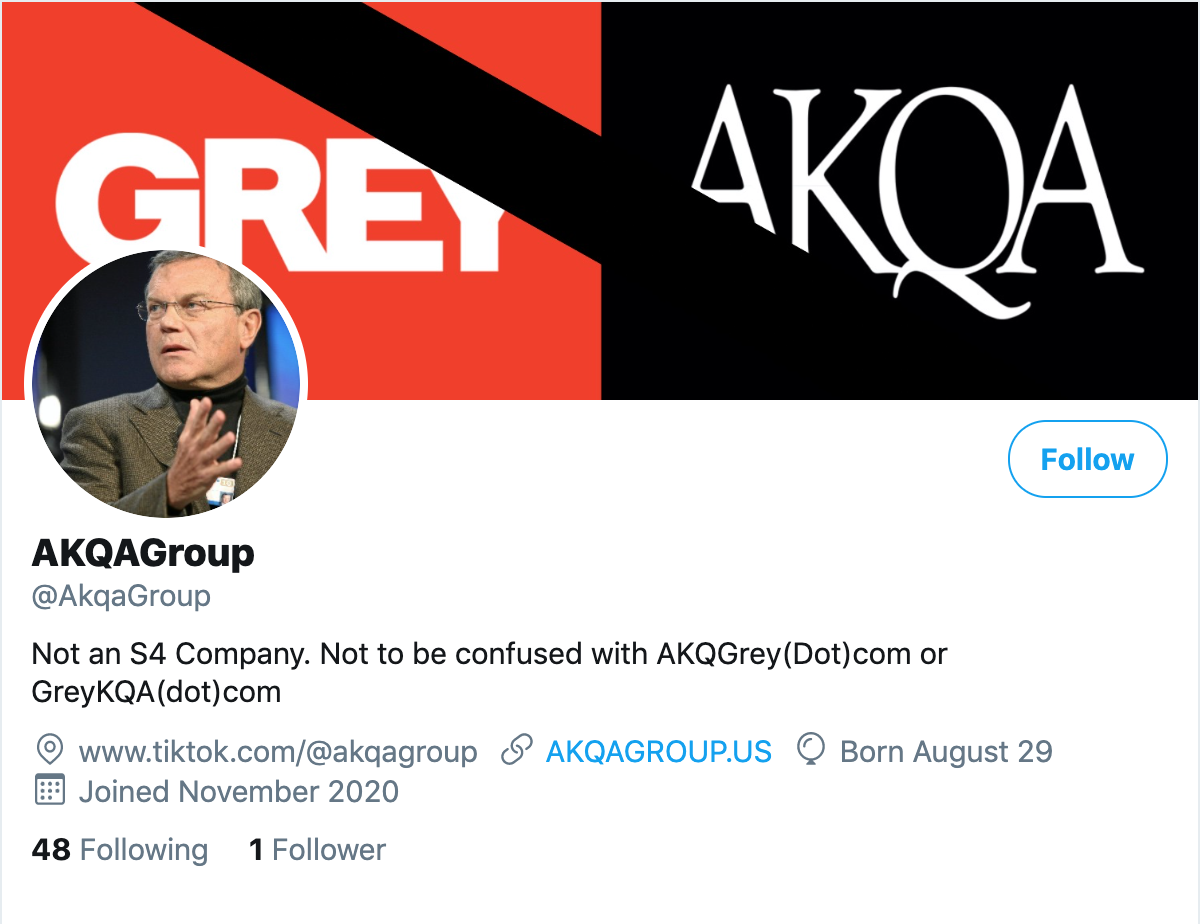 S4 Capital also declined to comment while indicating that the company has no involvement in the parody.

Is the AKQA and Grey merger proof that ad agencies are in decline?

In praise of Grey: the agency with the shittiest name that proved doubters wrong

Campaign podcast: what a Biden win means for media and what's in the November issue