The ad, which mocks his politically anti-Europe opinion, includes lines from Farage, such as, "I’m Nigel Farage and I love Europe. No I really do. The wine, the food, the excellent transport system, the clogs".

However, while some viewers on Twitter claim the ad is very clever marketing with a self-deprecating Farage poking fun at his views on Europe, others have threatened to cancel their Paddy Power account for backing a "racist" politician.

In a statement yesterday Paddy Power said: "With Ryder Cup fever primed to hit Europe with a bang this weekend, Farage has filmed a mock party political broadcast, as a rallying cry of support for Team Europe who will be teeing off against Team USA at Gleneagles tomorrow.

"In the video, Nigel lists his top reasons for why everyone should back Europe, urging the boys to show those fist-bumping, flag-waving Yanks what us Europeans are really made of once and for all."

And the advert of the year award goes to... @Nigel_Farage and @paddypower https://t.co/EddMK2plFe

Deleting my account with @paddypower seeing as they think it's acceptable to pay Nigel Farage for advertising and give a racist a platform.

Speaking about the ad on Twitter, Nigel Farage said he hoped people would "find it fun". 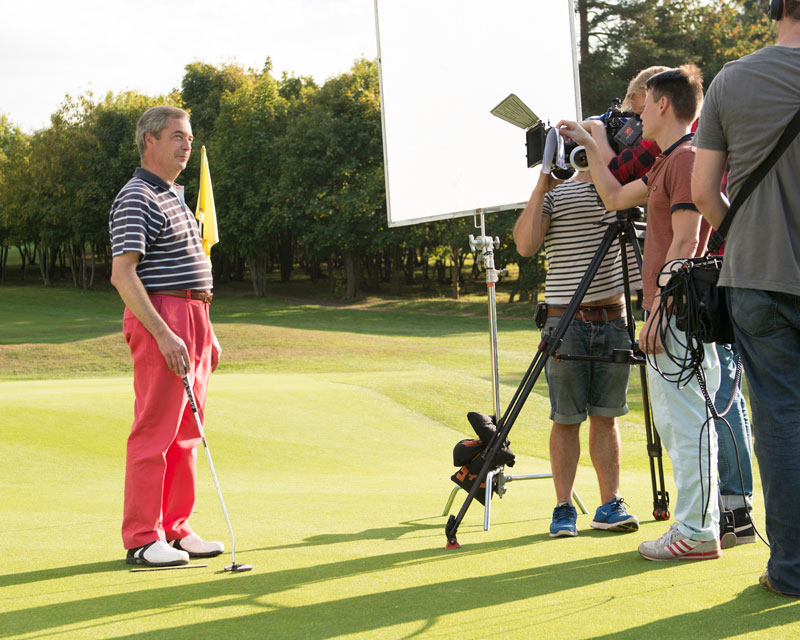 This article was first published on www.CampaignLive.co.uk