Ads profile a letter written by Cephas Williams, creator of 56 Black Men, to his son Zion.

The Black British Network has launched an out-of-home campaign backed by a range of media owners and other businesses, to support a crowdfunder initiative from its founder, Cephas Williams.

The BBN campaign, which has more than £1m-worth of media space behind it donated by Blow Up Media, Clear Channel Outdoor, JCDecaux, Ocean Outdoor, Open Media, Maxx Media and Smart Outdoor, will run throughout November and December. It has been led, planned and co-ordinated by Talon.

The decision to launch the campaign in November was influenced by a desire for conversations about justice and inclusion for black people to go beyond Black History Month.

The ads feature sections of a letter written by Williams to his baby son Zion, who was born in June, two weeks after the killing of George Floyd by police in Minneapolis.

Williams has published the letter on a Crowdfunder page, which is raising money for several initiatives, including a video series telling the stories of black British people, a portrait series that aims to become “the largest collection of photographs of the black British population ever done”, a series of round table discussions aimed at major businesses and, for each participating company, the creation of a “Black Paper”: a document that can be used as a resource to focus and develop efforts on how to better serve the black community at all levels. 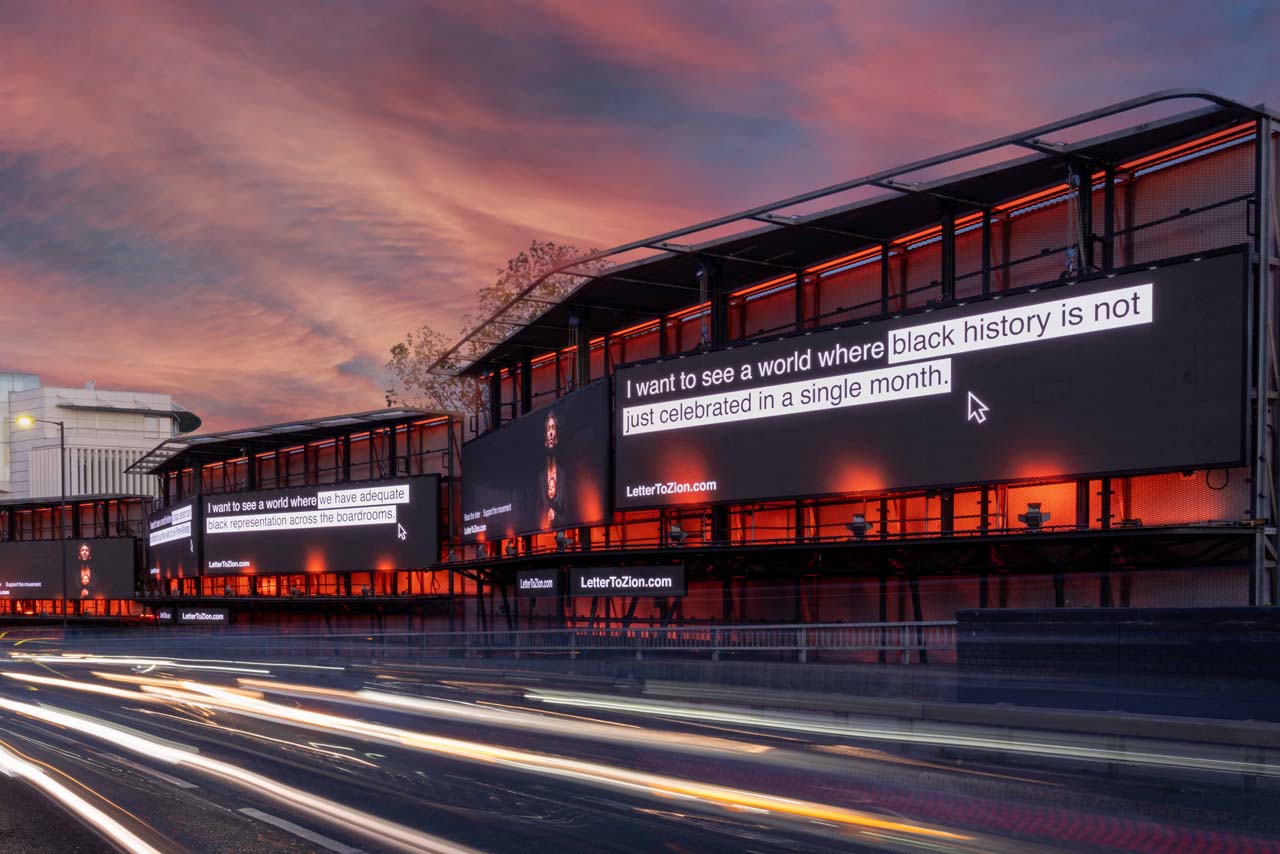 Williams founded the “56 Black Men” project last year and followed it up this June with a campaign commemorating the names of black people who have been killed by police – one week before Zion was born. Williams published the letter on his own birthday, 9 October.

“Unfortunately, it took the killing of George Floyd to bring about this awakening, and now with companies and leaders going back into the cooler, my concern is that we have not yet successfully created something that exists independent of corporate frameworks that can be used as a tool to help bring about the change we need to see,” he said.

“This stance, supported by a variety of industry leaders and, now, the out-of-home industry in bringing my message to the wider community and beyond a single reference point, such as Black History Month, will reinforce the message of the Black British Network, that ‘Together we are stronger’.

"The hope is to create a ‘unified knock’ that goes beyond lip service and tokenistic gestures and starts to look at primary behavioural and systemic change, to support a mission that prioritises a more reflective approach and response to the black conversation than a reactive and opportunistic one.”

Barry Cupples, group chief executive of Talon, added: “Bringing the message to a wider audience, highlighting its importance and showcasing some extremely powerful ad content, will really stand out in this period ahead and drive the desired effect of delivering impact, action and change.”

Dropping the whitening cream: how Black Lives Matter sparked rebrands around the world

Mentoring young, black talent is about more than 'see it, be it'