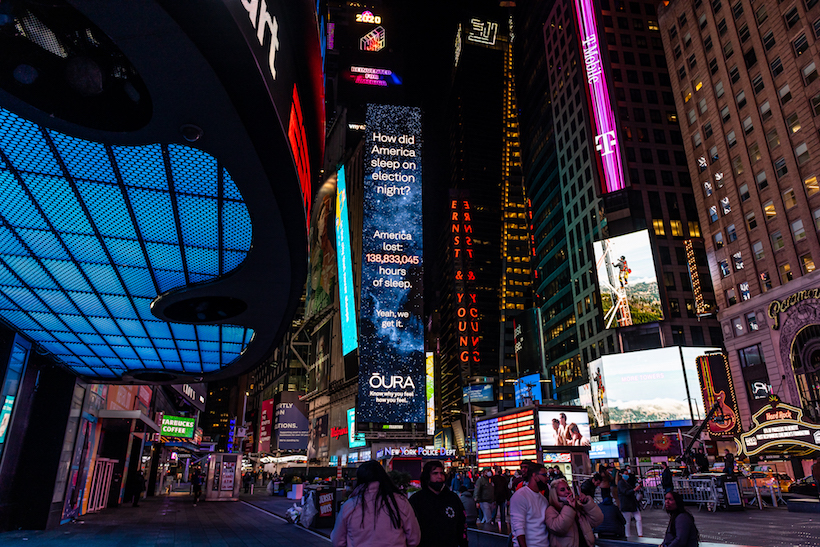 Mischief @ No Fixed Address turned that terrifying insight into a Times Square billboard in just four days in an activation that shows off Oura's capabilities in a contextually relevant way.

ESPN drops the beat in "One App, One Tap" campaign

Cameo's debut holiday campaign is all about the smiles