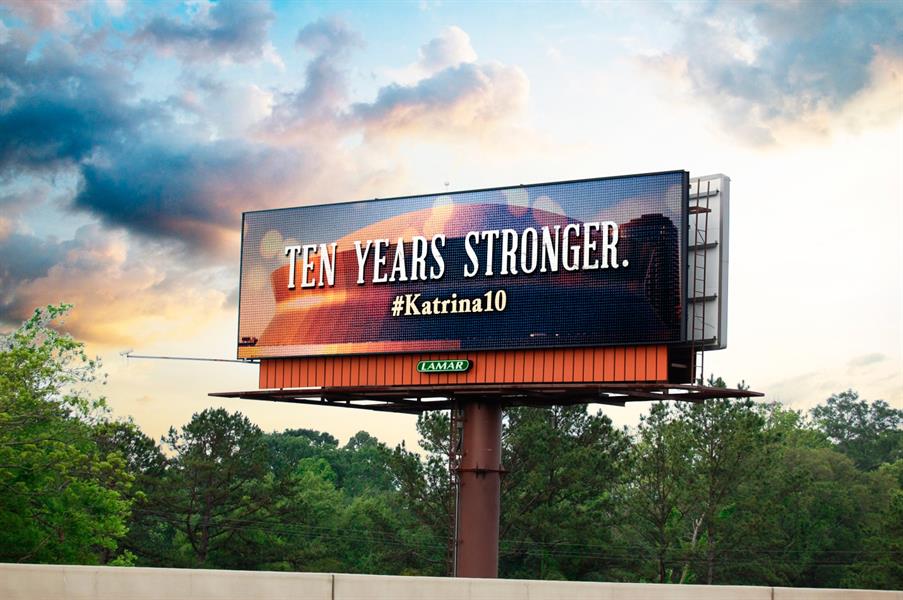 It's been 10 years this week since Hurricane Katrina hit the Gulf Coast where Lamar Advertising Company is headquarted.

"As a Baton Rouge-based company with operations all over Louisiana and the Gulf Coast, many of our employees and their families were directly affected by the aftermath of the storm," said CEO Sean Reilly.

The company is launching a campaign with the message "Ten Years Stronger" inspired by the event. The OOH advertisements will be seen nationwide on some of its 547 digital displays across the US in 107 markets.

15 brands pitch in to help Houston during Hurricane Harvey

Malaysia Airlines to rebrand after disasters leave it 'technically bankrupt'

Sandy Hook Promise 'Monsters Under the Bed' by BBDO NY