UK adspend was up 4.2% year on year to £6bn in the first quarter of 2019 and is forecast to grow 4.6% to £24.6bn over the entirety of the year, according to the latest Advertising Association/Warc Expenditure Report.

This marks a marginal fall on AA/Warc's previous forecast for the year, back in April, when growth was forecast at 4.8%.

The first quarter has been buoyed by areas including search, online display, TV video-on-demand, online radio, out-of-home and cinema.

The report paints a rosier outlook than the latest IPA Bellwether Report, which showed a net balance of 0% of marketing bosses reporting growth for the second quarter of 2019 and anticipating just 1.1% year-on-year growth in adspend in 2019.

While the IPA predicts spend growth to improve, increasing by 1.8% in 2020, Warc and the AA's data anticipates a 5.3% hike for next year. Growth is forecast across the majority of formats, but the most dramatic are for TV VOD and online radio.

Stephen Woodford, the AA's chief executive, said: "These figures are testament to the resilience of UK advertising during an uncertain period for business, leading up to the original Brexit date. We see online advertising in all its forms continuing to perform strongly, demonstrating again how the UK is Europe’s leading online advertising marketplace.

"We hope that the new administration can deliver a business-friendly outcome to our relationship with the EU, ensuring the UK’s domestic advertising market remains robust and our advertising exports, which are world-class, keep growing."

Simon Kilby, Bauer Media’s chief revenue officer, commented on the rise in ad revenues for radio, which he described as the "ultimate adaptive medium". Bauer, which owns brands including Absolute Radio, Jazz FM, Kiss and Magic, said its digital listening was "significantly ahead of the market", accounting for more than 70% of audiences.

He added: "As digital audio devices have evolved and consumer listening habits have changed as a result, new routes have opened up for advertisers to reach highly engaged audiences. 28.5 million of us are listening to digital audio throughout the week and, as experts in the power of sound, we know how impactful it is for clients to get their messages across in environments powered by audio." 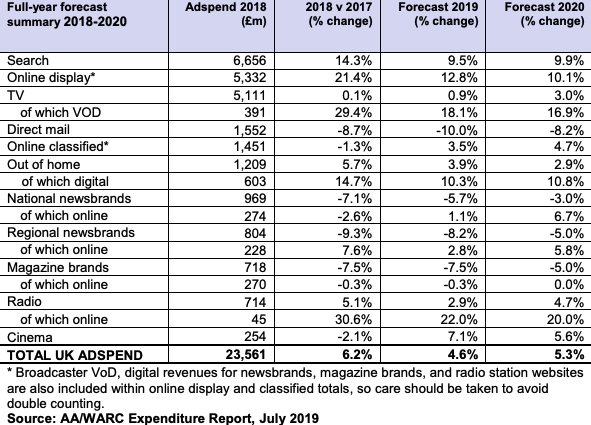 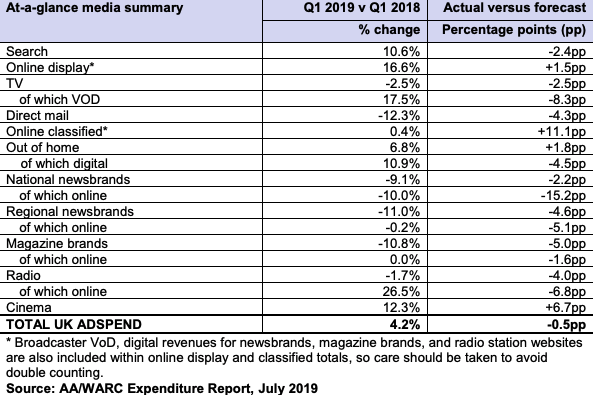 Magic and Absolute Radio to broadcast live from New Zealand

Blow for 8 Outdoor as landlord moves digital screens to Global