Mercedes-Benz’s global agency consolidation, which was won this week by Omnicom in a shoot-out against fellow incumbent Publicis Groupe, has turned out to be one of the most significant pitch results so far this year.

What began as a media and digital consolidation changed at quite an advanced stage and became a full-blown integrated review, including creative and public relations, after the German luxury car-maker merged its own marketing and communications teams internally.

That was driven in part by the client’s recognition of the importance of “consistent communications” and “holistic marketing” across every consumer touchpoint, Adamski explained.

Second, when Omnicom won the closed review, it announced it had bought two German agencies – digital shop Antoni and public relations firm OSK – both of which already worked with Mercedes-Benz, employing about 400 people between them.

Buying agencies during a pitch process is unusual, Adamski conceded, but it made “perfect sense” to acquire them as Omnicom gains valuable capabilities and clients beyond Mercedes-Benz.

Omnicom will build a new agency unit, Team X, combining talent from its own agencies, including OMD for media, Merkley & Partners in the US and BBDO in China for creative, Antoni for creative in Europe, and OSK for PR.

For Publicis Groupe, losing Mercedes-Benz will have been a setback because it won the digital transformation account in 2018 and set up a bespoke agency unit, Publicis Emil, which combined different agency capabilities as part of its “Power of One” model.

In an interview from his base in New Jersey, Adamski explained how the pitch process worked, Daimler’s rationale and how the client can move beyond the automotive arena to cement its credentials as a global luxury brand.

How the pitch process changed

The review started in around February with a focus on media (handled by Omnicom) and digital transformation (run by Publicis), which made up about 80% of the pie, according to Adamski. Creative, including PR, was a smaller piece and not initially part of the process.

However, Mercedes-Benz’s own internal reorganisation, bringing marketing and communications into a single department, prompted the client to go back to the agencies to ask, as Adamski put it: “Why don’t you think about how to integrate the creative piece into everything that you presented to us in the past six or seven months?”

Omnicom already partnered with Antoni and OSK on Mercedes-Benz work and started talking to their respective founders about closer collaboration.

“We met with them and we discussed different options of how we would bring them into the fold and how it could be a joint venture or formal or informal partnership,” Adamski, who was previously chief executive of Omnicom Media Group in Germany, said. (It is thought that the client may have encouraged both Omnicom and Publicis to talk to the independent shops.)

Omnicom realised Antoni and OSK were both “much more than Daimler” agencies. Tonio Kroger, co-founder of Antoni, previously worked for Omnicom’s DDB, before setting up his own agency in 2015 and winning clients including Vodafone. Oliver Schrott, a former journalist, founded OSK in 1993 and it is the biggest PR agency in the German automotive sector.

“Acquiring them would be the most organic, cleanest-cut integration into what would now be Team X and at the same time it would give us a nice additional footprint in terms of both PR and creative,” Adamski said.

But the acquisitions were not the key to the account win. “Had we not acquired these two, it could have been any other form of partnership,” he maintained. “From my point of view, it wouldn’t have affected the outcome.”

The name of the new agency unit, Team X, fits with the strategy of Ola Kallenius, the chief executive of Daimler since 2019, who sought to push the company to be the number one global luxury car-maker.

“He said that to really compete in the luxury space, we need to be a lot more distinct – it’s not just building the nicest cars, we need to add the 'X factor',” Adamski explained. “Team X is adding the 'X factor' to anything that Daimler Mercedes-Benz does across the comms spectrum.” 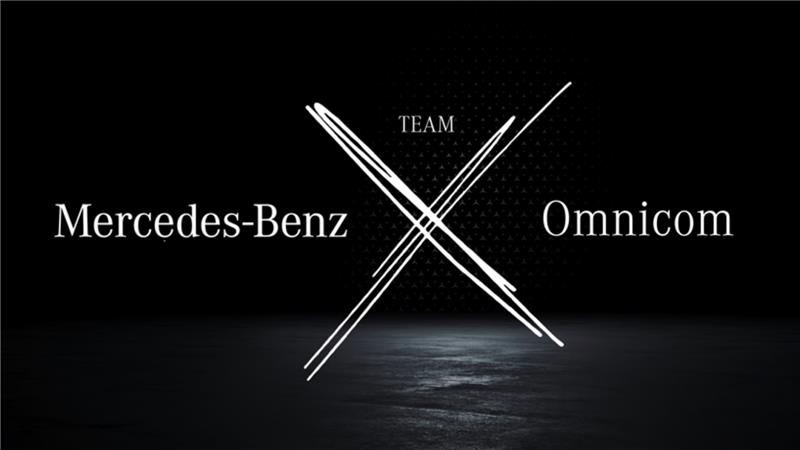 He played down suggestions that Omnicom is seeking to build a revolutionary, new agency model – three years after Publicis launched Emil to great fanfare.

“I don’t need to get into the Guinness Book of Records for this being ‘New, new, new and no-one has ever done this before’,” Adamski said. However, “from Daimler’s perspective, it’s very brand new because only a few months ago they combined their comms and marketing [in a single] department".

Combining creative, media and digital transformation together should mean the client has “a truly holistic view” with the new Team X set-up.

“What’s going to be very interesting in designing the outcome is how we build a global luxury brand but then really have the ability, in 45 markets around the world, to identify, anticipate and capture demand in a way that is a lot more personalised and agile than ever before,” Adamski said. “We now have access to that last mile – to the actual local dealer – because the entire infrastructure is part of the [Team X] package."

Team X will be a standalone unit, based in Berlin with several hundred people. There will also be hubs in the US, Asia and “most likely in the UK”. The plan is for Omnicom people to be physically co-located with clients. “It will happen as one entity as opposed to agency logo soup,” he said.

Publicis Emil staff are not expected to move across to Omnicom. TUPE, a UK regulation that allows existing staff to transfer to a new employer when an account moves, doesn’t exist in Germany.

The rise of holistic marketing

When the client announced the result of the pitch, it said: “To further develop the brand’s luxury positioning, Mercedes-Benz is also focusing even more on generating brand-defining experiences that lie outside the classic campaign – from events to collaborations.”

That strategy is all about “holistic marketing”, according to Adamski. “I remember our first briefing call with them when they said: We want agencies to move beyond their comfort zone. We don’t want you to think in ‘launch and leave’ [mode] and then launch the next model and then leave again. We want always-on communication and we want communication that thinks through every touchpoint with the consumer. It can’t just be a campaign, whether TV or digital or other media – it needs to be every brand-defining moment.

“This language around brand-defining moments is very, very important to them because their CEO has made clear he wants fully coherent and consistent brand appearances across the world – whether that’s an event [like live streaming from a motor show], the launch of the new S Class, a new media campaign or a post on social – it all needs to follow one consistent approach.

“This entire project is really designed to create more clarity, more streamlining from the centre – as opposed to what it was before when the brand was interpreted in many different ways across the globe.”

Standing out in a world of consistent communications

Critics say a lot of car advertising is very similar across the sector and there are also some big disruptors, notably Tesla, which proudly says it doesn’t advertise at all. So, in a world of consistent communications, how does the client produce distinctive creative assets and storytelling?

“You leave the arena of being a car-maker and you enter a new arena, which partially you create as your own category – Apple would be an example of that – and partially you take from the playbooks of other brands that have consistently delivered such an experience,” Adamski said. “You start acting and behaving like a luxury brand,” although he pointed out Daimler already has strong credentials in the luxury space.

Buying Antoni will help Omnicom to deliver, he added, citing the digital shop’s recent creative work for the Mercedes MBE model that is “very, very different” from a more traditional ad along the lines of “Here’s the new F Class, 450 horsepower, these are the extras, and then you have the quick packshot [showing the product]”.

While some of Antoni’s visual messaging is running in some regions, it hasn’t been rolled out globally yet and that will be a priority to improve “consistency and coherence” for the brand, he said.

Although Omnicom was the incumbent on media and some of the creative, Adamski said the digital transformation scope managed by Publicis Emil was significant.

“This was a huge piece [of business] for them,” Adamski said. “Look at what Arthur [Sadoun, the global chief executive of Publicis] had to say [when it won the digital transformation work and set up Emil in 2018]. He talked about it being one of the most critical reviews.”

Adamski added he has “huge respect for Publicis” and recalled “the tears we cried” at Omnicom when it lost some of its scope on Mercedes-Benz to Publicis Groupe three years ago.

“We talk about media a lot because it’s so nice and tangible and measurable,” Adamski said. “But behind this was a huge piece of infrastructure that Publicis started to build and now is going to be handed over and become a much larger enterprise.”