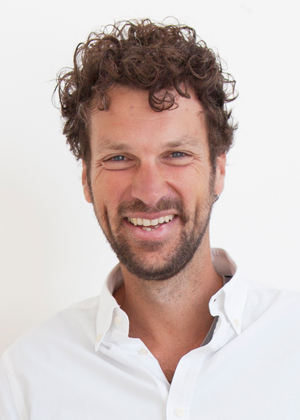 Adamski, pictured left, was appointed last September with a mandate to turn around Omnicom’s biggest media agency, after a string of account losses including Walgreens Boots Alliance, PSA Groupe and Carlsberg.

The 40-year-old said media agencies need "fresh, new disruptive thinking" at a time when clients are demanding change and Marks and Crotty "reflect a new type of both leadership and skillset".

Crotty, who is Australian, was most recently vice-president of media for creative network AlmapBBDO Brazil, a part of Omnicom, and he has also worked for Digitas and run a consultancy, Babelfish.

Adamski said: "Both Guy and Brian grew up in an adjacent part of the media industry but surely are not what you would classic planners or strategists.

"Both were not bred in the way that a media manager of the past would be bred. Both are very entrepreneurial and have set up their own businesses.

"They bring very entrepreneurial thinking and they bring skillsets to the table that media agencies absolutely require to answer the questions that are being asked nowadays [by clients]."

He went on: "We need to heavily ramp up our ability to deliver business outcomes, rather than media outcomes, and to develop our capability in evidence-based marketing.

"We need to empower our people in technology and artificial intelligence to make media more efficient and transparent."

Automation will mean media agency staff can focus on "higher value tasks" and "get back to creative and strategic" thinking, according to Adamski.

"A lot of our staff are occupied with manual and semi-manual tasks and that is not very fulfilling for a young digital talent. That’s why we have been losing out in the talent war to Google and Facebook."

Adamski, who was previously chief executive of Omnicom Media Group, the parent company of OMD, in Germany, founded several start-up companies in media, e-commerce, and design and fashion and has the air of an entrepreneur.

When he met Campaign, Adamski was wearing trainers, jeans and a casual jacket and looked like a creative director as he had a long, cylindrical carrying case that contained a presentation that he was planning to show his staff in Paris.

Adamski has moved his family from his native Germany to London, where OMD Worldwide is now based.

Asked what success would look like for the agency, he said: "We need to transform our business and help our clients transform theirs."

Legacy behaviour "where we buy ads and only weeks later we sit down with our clients and talk about how we did" needs to change, he added.

"We need to be much more agile and adaptive on a day-to-day basis. We need to start applying AI to optimise plans in a more real-time fashion."

OMD, whose clients include Renault Nissan, McDonalds, Bacardi, Hasbro and Apple, is already "heavily investing" in areas such as content production and distribution and in search, social and mobile and it needs to be "more audience-driven", instead of "product-driven", according to Adamski.

Many clients in sectors such as consumer goods and automotive still think about doing big campaigns and invest huge sums at certain times of the year.

But he pointed out "customers are open and receptive throughout the year", so a media agency needs to work "continuously" with its clients to "identify growth segments", "understand the customer journey" and then "place relevant messages in front of them".

Both Marks and Crotty have been given newly-created roles as their regional chief executive positions did not exist before.

Marks is filling a gap left by Nikki Mendonça, who was president of OMD in EMEA and has moved to Accenture.

Marks said: "There’s a certain amount of doom and gloom in the industry currently but my belief is that this complex market presents a myriad of opportunities that are immensely exciting.

"While my background is in tech, I have a deep-rooted belief in the power of creative ideas. This mix combined with start-up mentality, agility and entrepreneurialism, will unlock opportunities to deliver work that makes a difference for our clients."

Omnicom Media Group moved the headquarters of OMD Worldwide from New York to London when it appointed Adamski to replace Mainardo de Nardis.

Colin Gottlieb, the chief executive of Omnicom Media Group in EMEA, added the role of chairman of OMD Worldwide to support Adamski when he was appointed in September 2017.

Colin Gottlieb to step down as Omnicom's EMEA media chief

Omnicom to merge Rocket with Hearts & Science in UK