The agency initially won one Silver Lion in the Direct category and one Bronze in the PR category at the 2016 Cannes Lions International Festival of Creativity last month for its work for the Rhino Rescue Project titled "Saving Africa's last wild rhinos, by poisoning them."

The awards are returned based on knowledge of "an error in judgment" that the Ogilvy Asia-Pacific management team acquired after the festival, according to a statement. We reproduce it, as well as the original caseboard submission, below:

"We determined that some elements of the campaign material created to support the NGO's efforts to reduce Vietnamese consumer demand for rhino horns did not run in-market as stated in our submission video (see above) to the Cannes Lions International Festival of Creativity.

"Ogilvy & Mather sends our sincerest apologies to both our client and the Cannes Lions International Festival of Creativity. We are deeply regretful of any embarrassment this error in judgment has caused. While our agency has a long history of pro bono work for various causes including rhino horn protection, we do not condone any work done in opposition of the Cannes Lions International Festival of Creativity regulations and guidelines.

"Our client on this particular campaign, along with many other conservation groups, are doing important work on an ongoing basis to combat the continued problem of rhino poaching. We deeply believe in this cause and Ogilvy Vietnam has pledged to continue to work on a pro bono basis helping any and all NGO's who share in that belief. Towards that goal, the agency will be hosting a roundtable on the topic, to which it will invite interested NGO’s and other stakeholders to discuss the ongoing problem of rhino horn consumption in Vietnam." 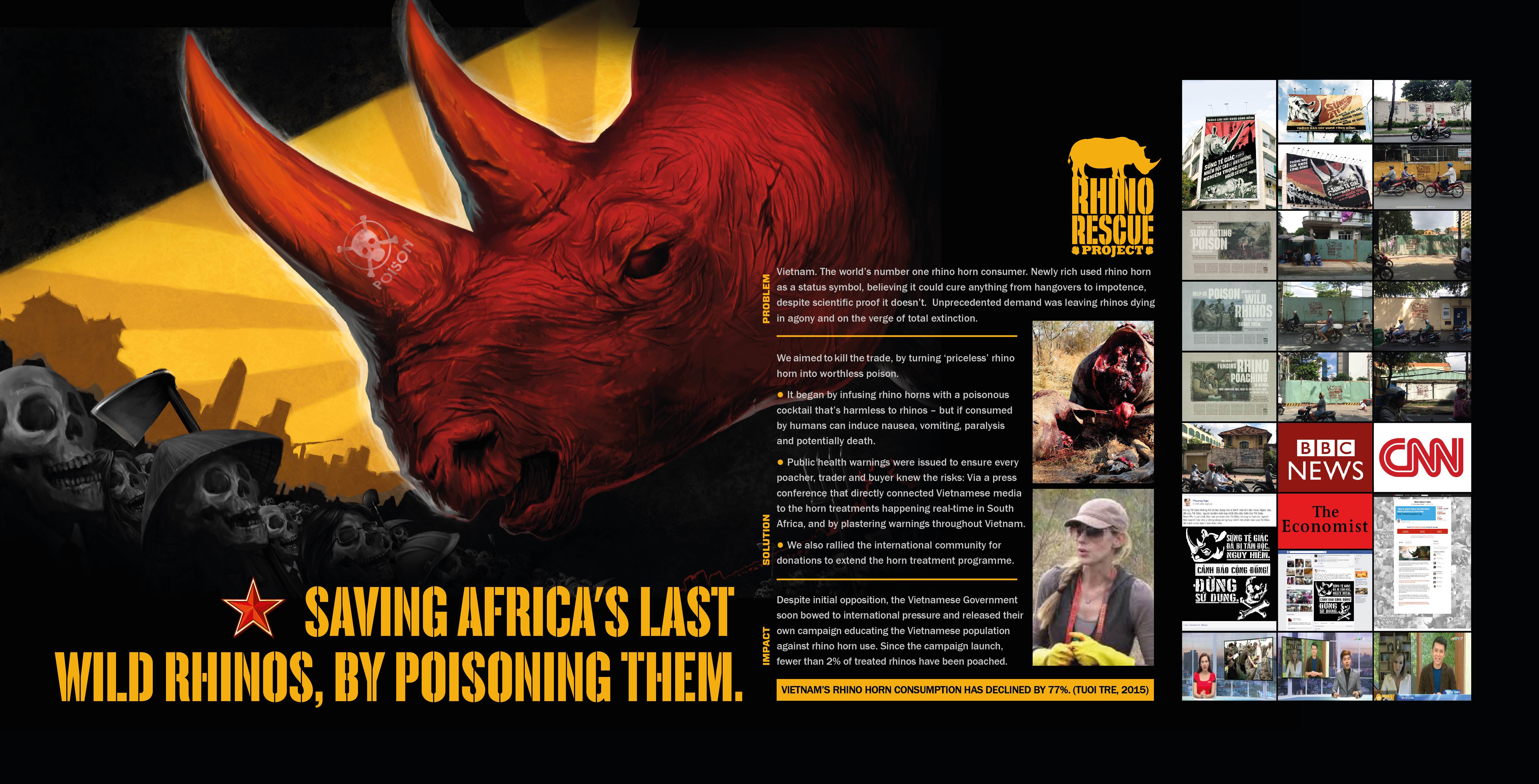 This article was first published on campaignasia.com.

Grey is returning Bronze Lion for 'I Sea' to put an end to 'unfair, unrelenting attacks'