Ogilvy & Mather has become the latest agency to set up an initiative to boost diversity, with a group-wide creative internship programme.

In a bid to ensure applicants come from all walks of life there are no requirements for people entering the scheme to have any particular qualifications or experience. Ogilvy is looking to hire 14 interns through the programme, which is called The Pipe in homage to founder David Ogilvy’s smoking pipe.

A spokeswoman said it was hoping for a huge variety of candidates – from 18-year-olds who cannot afford to go to university through to 65-year-olds who have retired and are looking for a new challenge.

The Pipe’s application process will require budding creatives to first send in a piece of creative work – anything from an ad design to song lyrics. Then, 200 applicants will have two weeks to answer a brief before the top 50 are invited for an interview.

The Ogilvy & Mather creative directors Johnny Watters and Angus George came up with the idea for The Pipe, and are supported by the group chief creative officer Emma De la Fosse and head of talent acquisition Matt Jordan.

Aspiring agency creatives often have to work lengthy periods for free or just expenses before securing their first full-time job. With rents and the cost of living rising, this has led to an increasing proportion of junior creatives coming from more prosperous backgrounds.

Creature’s creative partner Stu Outhwaite and Ben Harris have led a campaign, supported by Campaign, to ensure agencies commit to the Placement Poverty Pledge. It requires shops to pay their creative placements the London Living Wage and at least £100 a day after three months. 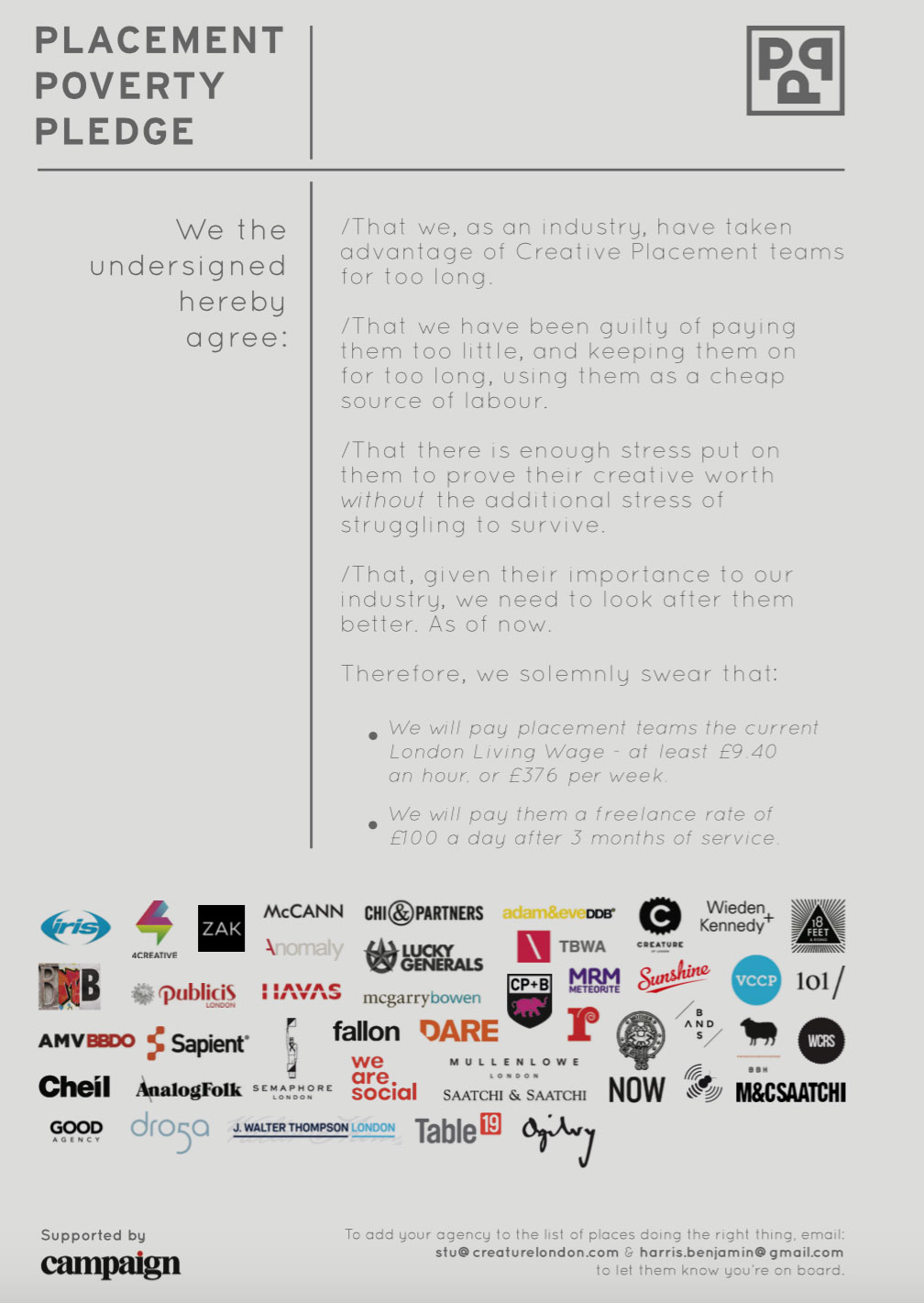 A lesson on diversity in advertising... from the 70s