Microsoft is partnering with the Facebook-owned virtual reality startup

A virtual-reality future is getting closer with the news that Oculus will partner with Microsoft for its upcoming Rift headset.

Oculus CEO Brendan Iribe gave a number of updates about the virtual reality headset, which will ship to consumers early next year.

The standout announcement was the partnership with Microsoft, with Iribe revealing that the Rift will ship with an Xbox One controller and an adapter for the Windows 10 operating system. But what does this mean?

Microsoft gets into virtual reality
The partnership is really a win for Microsoft and its upcoming PC operating system, Windows 10, according to Jason Fox, creative director at Framestore.

The Xbox One gamepad only works with Windows 10. That means anyone who buys an Oculus Rift and wants to stream Xbox One console games to their headset via their PC will need to upgrade to the new operating system. It isn't possible to pair the Rift with an Xbox One directly, due to the console's hardware limitations.

Fox told Marketing: "The Xbox One controller, being tied exclusively to Windows 10, is part of Microsoft’s strategy to get people to upgrade. It’s a direct push from Microsoft to bully people into upgrading."

The "polite" thing to do might have been to ship with an older Xbox controller, compatible with earlier versions of Windows. Fox points out, however, that most hardcore gamers tend to upgrade to the latest version of Windows anyway in order to get the latest games.

Still — it’s not clear that hardcore gamers are actually Oculus’ target market, according to Fox.

He said: "None of the games coming out for the Rift are hardcore — they are not games you want to spend hours in.

"They are more like tech demos, zen-like experiences where you want to spend 30 minutes at most. In the games I have played, you lose the competitive edge against someone who is playing with a mouse, keyboard and a regular monitor."

Oculus Touch
Shipping the Rift with an Xbox One controller comes at the expense of Oculus’ own prototype controller, also announced this week. 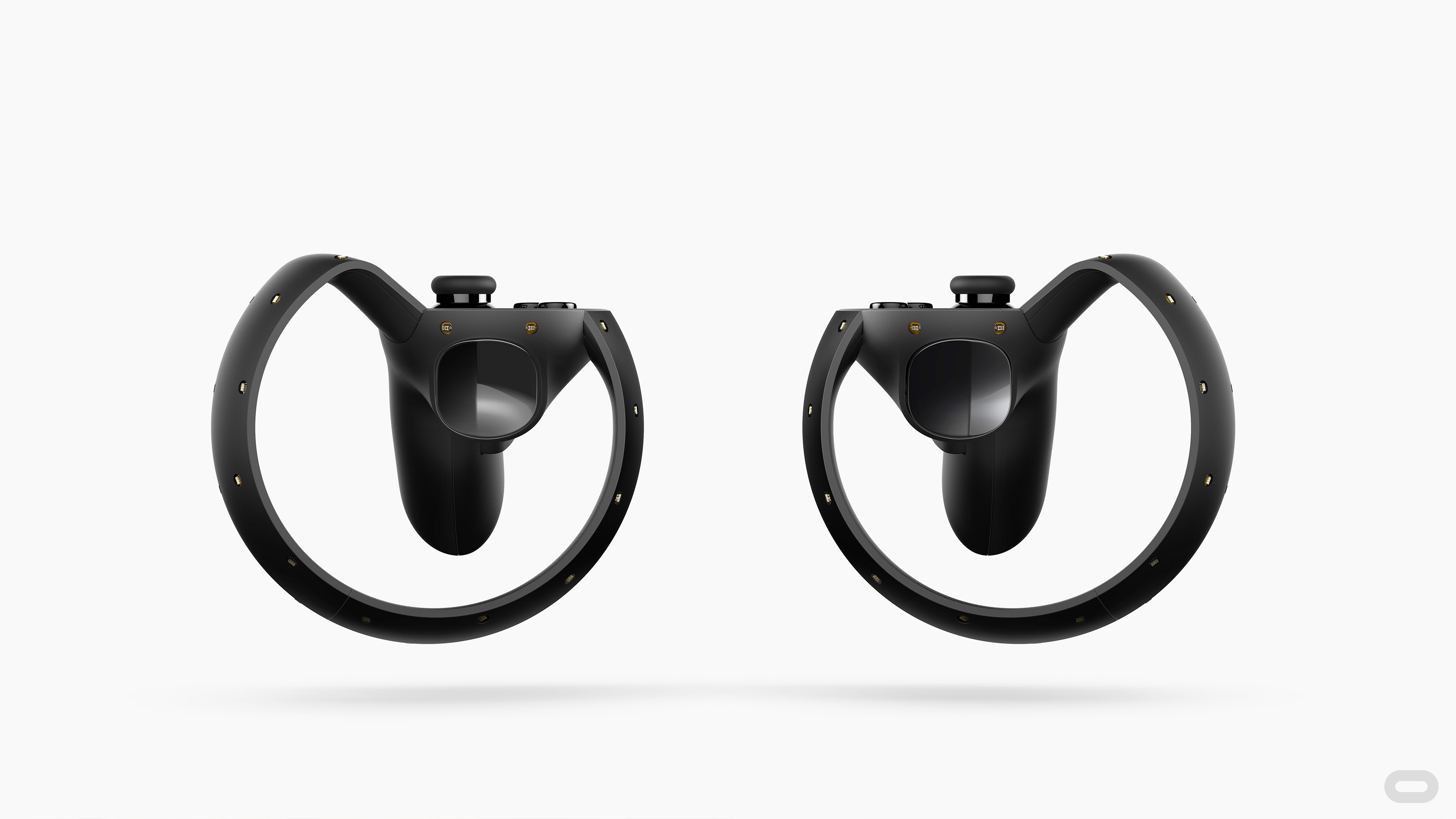 The Oculus Touch is designed natively for virtual reality experiences, allowing the user to "reach out and touch objects". It consists of two circular controllers, with the ‘Half Moon’ prototype coming with a traditional analog stick, two buttons, and analog trigger. The controllers are wireless, and use the same tracking system used for the headset.

Oculus has not revealed price or exact shipping dates for Oculus Touch, but said the controllers should go on sale in the second half of next year.

More competition
In spite of these early question marks, Microsoft investing further in virtual reality will benefit the nascent market, which is becoming increasingly competitive.

HTC’s virtual reality venture with gaming firm Valve, the HTC Vive, is set to ship with a controller, potentially in November. Sony, Microsoft’s biggest gaming rival, is also set to release the Project Morpheus headset which will plug into the PlayStation 4.

While that means virtual reality is strongly targeted at gamers for now, Fox points out that millions of consumers are already plugged into the Xbox and PlayStation ecosystems, giving the new platform significant reach.

Fox said: "There will be more distribution and more people interested in the virtual reality format. For now, there’s [no feasible hardware] to launch a game on. There will be a swell coming soon."

Future of HoloLens
Microsoft’s push with the Oculus also raises questions over the future of its own augmented reality venture, the HoloLens. Fox, who has tried the prototype headset, says the device is real but "not ready for consumers..

But he adds that the HoloLens, unveiled in January, has not been designed as a competitor to the Oculus Rift, with a focus on enhanced reality rather than gaming.

Microsoft has not commented further on its own device, but it’s possible the company saw more immediate benefits in investing in Oculus, which is significantly further along in development.

For marketers, the announcements point to a more tangible future for virtual reality, particularly with the Microsoft tie-up.

For now, however, the target audience still looks like the traditional gaming stereotype — male, nerdy enthusiasts interested in having the latest gadgets.

That doesn’t mean brands should stop experimenting with virtual reality — rather, improvements to the headset (such as adjusting for glasses-wearers) means that the Oculus will offer more "wow" experiences.

Retailers must use robots, digital mannequins, VR and drones to stay future proof