Oculus has caused a small revolution in gaming without even releasing a consumer product and that excitement is rubbing off on brands forever looking for new, innovative ways to make their mark with consumers.

As yet, the Facebook-owned company won’t confirm when it does plan to release its virtual reality headset to the wider market, but the rumour mill suggests some time in 2015.

For brands, the appeal of the Oculus Rift is unfettered consumer attention in an attention-starved world. It’s hard to check your smartphone while you’re wearing a headset.

But according to the experts responsible for producing virtual reality content for the likes of Red Bull, Lexus and Canon, brands must still work hard to deserve that attention. In that respect, the Oculus Rift – and virtual reality more generally – is just a platform like any other, and one that requires serious investment.

When you ask what the budget is for content, bad brands start trying to make that small - really good virtual content takes time and effort and thought and process

Sol Rogers, founder of visual arts agency Rewind FX and a virtual reality fanatic since childhood, told Marketing: "It’s about quality of content, content is king, the medium doesn’t matter. If you immerse your audience [in virtual reality], it had better be bloody good because otherwise they’ll say that it was a bit naff and it made them feel a bit sick."

Rogers’ comments highlight ongoing technical challenges with current iterations of the Oculus Rift, specifically that extensive use can cause nausea. Other problems include the discomfort of wearing a hot, heavy headset, screen resolution, latency issues, and the fact the headset isn’t portable.

Rewind FX recreated the Red Bull Air Race for the Oculus Rift, virtually flying headset wearers around the Ascot racetrack. In this year’s version, Rogers said wearers would actually be able to pilot the flight themselves.  Other successes include Canon offering Rift wearers an insight into life as a model during London Fashion Week, and Lexus offering virtual test drives. 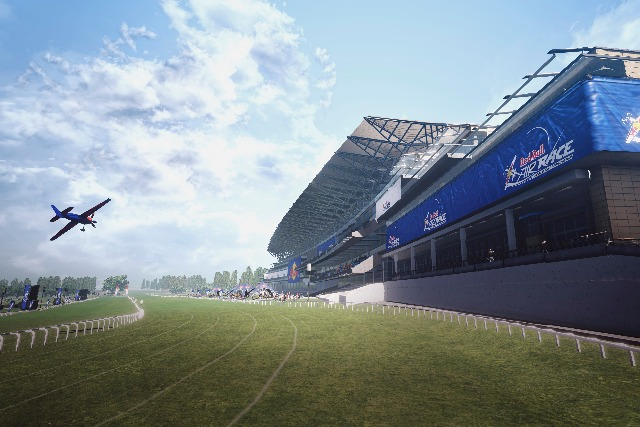 Rogers said: "When you ask what the budget is for content, [the bad brands] start trying to make that small. Really good virtual content takes time and effort and thought and process."

While experimental marketers at Red Bull can spare that budget for a toy, others are sceptical. Speaking to Marketing, senior figures at Virgin Atlantic, Argos and Asos expressed interest in Oculus Rift and similar devices, but said they were unlikely to feature in their marketing strategies any time soon.

Asos chairman Brian McBride told Marketing: "I think it’s important to follow these trends and it will have a place in the future.

"My sense is it’s not ready for prime time within the next few years. We’re watching it, but it’s not going to influence or effect what we do."

My sense is it’s not ready for prime time within the next few years - Asos is watching it, but it’s not going to influence or effect what we do in the next couple of years

Asked whether virtual reality could have value for retailers wanting to show off products in greater detail, Argos’ head of digital innovation, Neil Tinegate, said: "I think for that, and augmented reality, there probably is.

"I don’t think anyone’s exactly hit on what [that value] is yet, but you have got to trial that stuff and give it a look. It may be that you think it’s not for right now, but you might come back to it in a year’s time. Just having that experience is valuable."

He said: "We’re doing some playing around in the training arena for familiarising crew with aircraft. Is there something there? I think there is, but it’s not quite mature enough yet. But creating virtual environments to train your crew is going to be one of the next innovations."

Another reason Oculus Rift is unlikely to revolutionise marketing in 2015 is that consumers are embedded in a social world, where they share with others constantly. In its current format, the Oculus Rift is fundamentally unsociable, notes Collective’s head of strategy, Aaron Martin.

He said: "I do love virtual reality, but there are flaws that need to be overcome. It’s a massively solo experience – how do you create any social engagement around what is basically an individual with a box strapped to his head?"

Like Rewind FX’s Rogers, Martin also warns against "vanity pieces" from brands at the expense of the consumer experience. While O2 was one of the first last year to try out Oculus Rift with its rugby training experience, for Martin, this was an example of "gimmicky" marketing.

He said: "I just don’t think that’s a responsible way to spend budget. You could count the number of people who would interact with that on one hand."

Nonetheless, those at the forefront of developments believe the collision of mobile, wearable technology and the internet of things means the time is finally ripe for virtual reality.

Patrik Holt, professor at Robert Gordon University and a specialist in cognitive computing, researches the use of virtual reality in industry.

He pointed to the development of the F35, a futuristic fighter jet developed by Lockheed Martin, as proof that virtual reality is already fully functional, noting that Oculus Rift has the biggest backing because it is "good at spin".

He said: "There is a huge military presence quietly in this area with the F35, a stealth supersonic jet that uses sophisticated virtual reality to enhance the pilot’s vision."

He also pointed to companies such as Vuzix, which has developed smartglasses designed to aid warehouse workers and surgeons in the operating theatre.

He said: "You can imagine the scene – someone is doing repairs on a rig and runs into an issue. Then through their own semi-immersive kit, they can actually contact an engineer on-shore who might be wearing a Rift-type device and can offer advice on repairs."

"We’ll be getting data from everywhere – let’s say it’s being projected onto your hands, or that a device is part of your glasses."

For Holt, virtual reality is a precursor to the ultimate nerd dream – controlling computers with thought alone.

He said: "There are possibilities which go beyond virtual reality, such as direct brain interfaces. Controlling gadgets through your thought is something which is now possible.

"There is interesting work here on controlling wheelchairs from electrical activity of the skull. That has some profound implications for people who are paralysed. The possibilities are very open and far-reaching."

Twitter to sell ads on tweets embedded on other sites