The event saw brands and agencies discuss key festival insights – past, present and future – as well as their trend predictions for the 2016 music festival season. 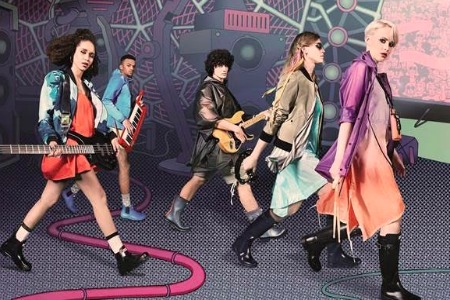 The summit sought to highlight Hunter’s decision, announced at the end of last year, to shift away from the traditional fashion calendar and focus on consumer engagement, namely its connection to music festivals, and it kicks off the brand’s 2016 festival activities.

The wellie brand is set to launch a digital festival hub next month, meanwhile pop-ups and guerilla activity at festivals across the globe are also on the cards this year.

Alasdhair Willis, creative director at Hunter, explained that festivals provide a valuable space for brands to create an emotional connections with consumers.

"Festivals are more than just a destination for live music. The reach and commercial opportunity of festivals makes them a very serious business. The non-disposable moments at festivals carry so much weight – they are unforgettable, water-tight, locked-down emotional memories that as a brand, you want to access and be associated with."

He added: "Our search insights have revealed how demand [for Hunter festival product] starts in April and grows massively from June, all the way through to September… what these insights have told us is that we need to have a sustained [festival] narrative from April right through to September, an ‘always-on’ festival conversation which will enable us to have a much closer relationship with our customer."

Find out more about the state of the festival industry via Event's festival report.

How Hunter has harnessed the power of live experiences