February saw various events celebrate the impending fifth series of Game of Thrones, yet none reached the truly epic levels achieved by Game of Thrones: The Exhibition hosted by HBO and Sky Atlantic at London's Sky Backstage at The O2. 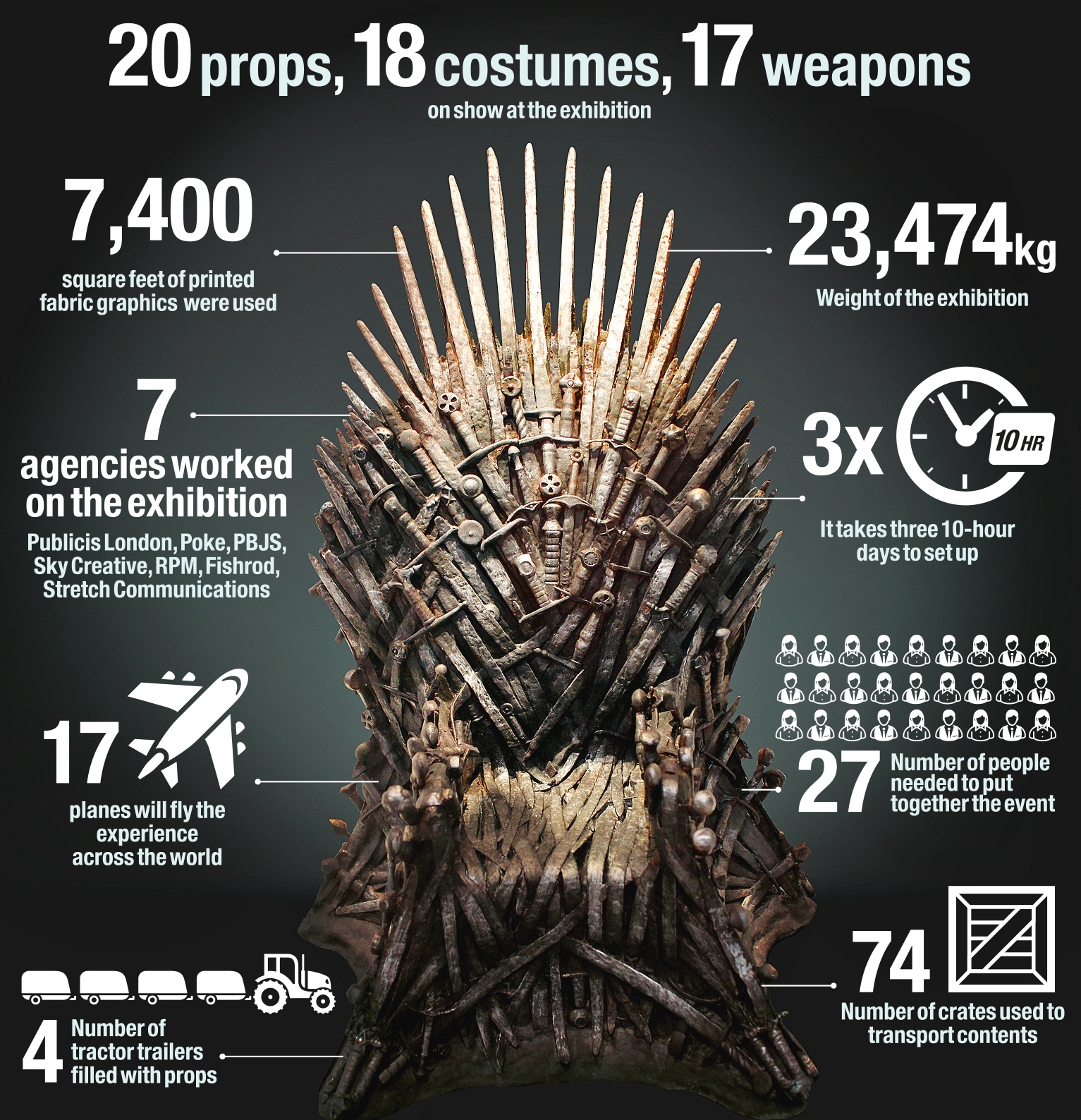 Tickets were on offer only to the broadcaster's customers, with 100,000 applying and 15,000 ultimately attending.

Fans of the show enjoyed plenty of content on 9-12 and 15-17 February, provided by in-house teams from Sky and The O2, with the help of other experiential agencies.

Alongside displays of costumes, weapons and Jaime Lannister's golden hand, there were three interactive experiences that utilised technology and Game of Thrones' graphic trickery. Visitors could create a short video of themselves being burnt alive by a dragon; see what they would look like as a zombie-like White Walker; and virtually ascend 'The Wall' at the Oculus Rift station.

Following the success in London, the experience headed to Tel Aviv in Israel for 2-9 April. Amsterdam, Berlin, Madrid, Paris and Stockholm will also host the exhibition.

Jo Fuller, head of customer engagement at Sky, said: "The visitor journey has been driven by our passion for the series, and this has been reflected in visitors' amazing feedback."